Ticks are dangerous because they can transmit serious diseases to our dogs. Here you can find out what these are and how you can recognize infection in good time.

Ticks are harmless parasites. What makes them so dangerous and feared is the diseases they transmit with their sting. That’s why you should know exactly how to effectively protect your dog from ticks. Read here which diseases ticks transmit to dogs. 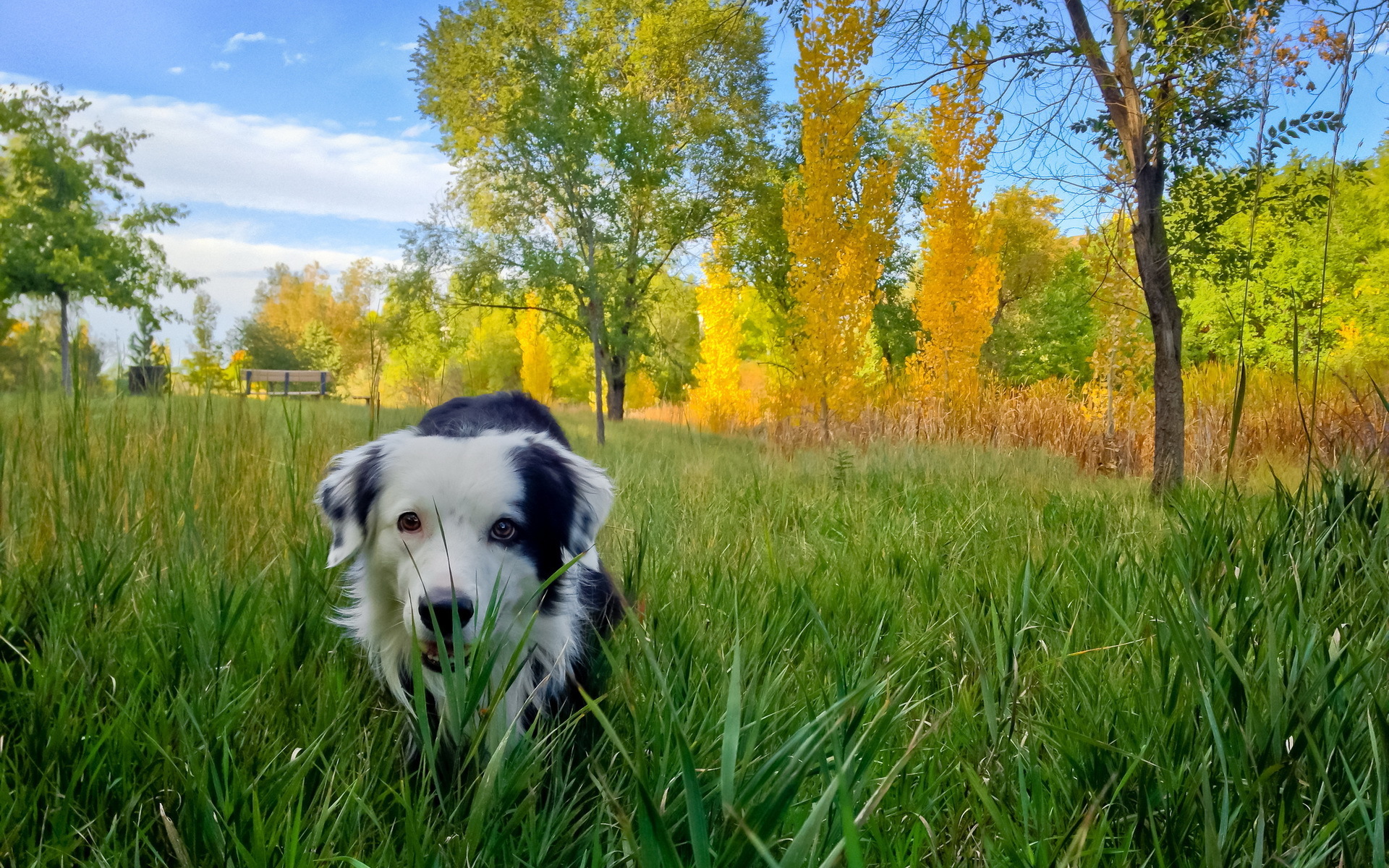 This disease is considered to be the most dangerous that ticks can transmit to dogs in Germany. In Europe, around 20 percent of sick dogs die. If you suspect something, you must act quickly.

The Auwald tick (also Buntzecke) transmits unicellular parasites, so-called Babesia, to the dog. This happens about 24 to 48 hours after the tick bite. Canine babesiosis cannot be transmitted to humans.

Some dogs infected with babesiosis show no symptoms. However, this tick disease can also take a very serious course. In extreme cases, diseased dogs die within a few hours.

The Babesia, which the riparian tick transmits to the dog, destroys the red blood cells. The dog gets a high fever, is weak and apathetic. Later mucous membranes become pale and jaundice can occur. Dogs with babesiosis have blood in their urine or very yellow urine from jaundice.

Fluid buildup in the body or ascites may occur. Acute kidney failure, bloody diarrhea and blood clotting disorders are also the result of babesiosis in dogs. In rare cases, the brain is also affected. This is noticed by motor disturbances, paralysis or epileptic seizures.

The vet will administer special medication to a dog with babesiosis. They help kill the Babesia that the river tick has transmitted to the dog. However, these drugs are not approved in Germany, which is why the veterinarian has to obtain them from an international pharmacy.

If the disease is already well advanced, the dog receives infusions and blood transfusions.

Is there a vaccination against babesiosis?

Since the Auwald tick is spreading more and more in Germany, more dogs are also contracting babesiosis. To protect your dog from this dangerous tick disease, you should protect him effectively against these parasites. Vaccinations against babesiosis are possible in other European countries, your veterinarian will be happy to advise you.

Ticks can also infect dogs with Lyme disease. Although the disease in dogs is usually mild, a severe course of the disease can have serious consequences.

Lyme disease is caused by bacteria known as Borrelia. Only ticks can transmit Borrelia to the dog, an infection with another dog is almost impossible. At the earliest after 16 hours, in most cases only after 24 hours, the Borrelia are passed on from the tick to the dog.

Borreliosis is usually less severe in dogs than in humans. Dogs that have contracted Lyme disease from a tick bite often show no symptoms. However, some also become seriously ill: After about four weeks, joint diseases develop and affected dogs become lame. Lyme disease can also damage the dog’s kidneys.

If you suspect that a tick has transmitted Lyme disease to your dog, you should definitely go to the vet. He can use a blood test to confirm whether it is Lyme disease. This tick disease is usually treated with antibiotics.

Is there a vaccination against Lyme disease?

You can have your dog vaccinated against Lyme disease. Your veterinarian can tell you whether such a vaccination really makes sense for your dog. But keep in mind: Despite vaccination, you still have to protect your dog from ticks with the right means.

Anaplasmosis is usually harmless in dogs. But if symptoms appear, the tick bite was a long time ago. It can therefore happen that the signs of the disease are no longer associated with a tick bite.

Anaplasmosis is transmitted by the most common type of tick in Germany, the wood tick. It is highly unlikely that a dog will contract anaplasmosis from a fellow dog. Transmission of this tick disease takes place up to 48 hours after the bite.

Anaplasmosis is mostly symptom-free in dogs. But it can happen that the disease only becomes noticeable one to two weeks after the tick bite. Affected dogs have a fever and eat less or nothing at all. The spleen swells and the dog’s stomach is tense.

Anaplasmosis can also cause joint pain, which is why affected dogs often become lame. Diarrhea and severe thirst are also possible.

If you suspect that your dog is suffering from anaplasmosis, the veterinarian can confirm or refute this suspicion with a blood test. After a few weeks, blood must be taken from the dog again to be really sure whether the result of the first examination is correct.

Anaplasmosis can usually be treated well with antibiotics.

Is there a vaccination against anaplasmosis?

There is no vaccination against this tick disease. You can only prevent anaplasmosis disease by effectively protecting your dog from ticks.

Especially in the southern holiday countries there are tick diseases that are less common in Germany. These include Ehrlichiosis and Hepatozoonosis. Ehrlichiosis is only transmitted by tick bites, hepatozoon only affects dogs that eat an infected tick.

Symptoms of Ehrlichiosis and Hepatozoonosis

Ehrlichiosis causes fever, fatigue and the dog loses weight eight to 20 days after transmission. The result is bleeding into the mucous membranes, nosebleeds and blood clotting disorders. Finally, it comes to anemia, weakened immune system and vomiting.

Hepatozoonosis is particularly dangerous for young dogs and dogs with a weakened immune system. Here, too, the dog eats less and loses weight. His lymph nodes are swollen, he has diarrhea, he is paralyzed and his body temperature goes up and down. There is also discharge from the nose and eyes.

Treatment of Ehrlichiosis and Hepatozoonosis

Ehrlichiosis and hepatozoonosis can be treated well with antibiotics. It is recommended to have the dog tested for Ehrlichiosis no earlier than three weeks after arrival in Germany. This is how the result of the blood test is most accurate. If symptoms have already appeared, you should of course immediately consult the veterinarian.

TBE: danger for the dog? 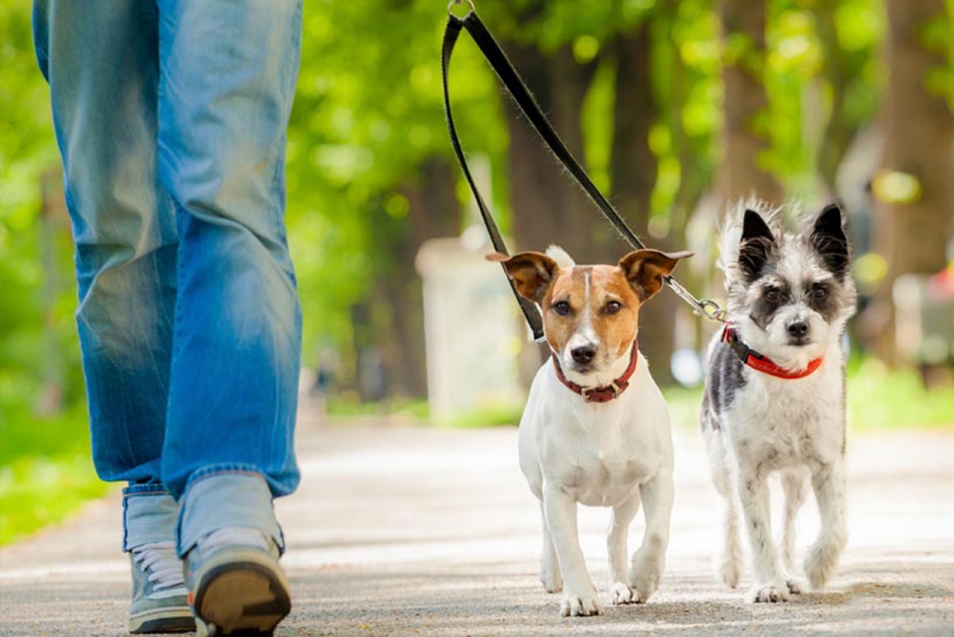 Tick-borne encephalitis, or TBE for short, is what we humans fear most of all. That’s why many dog owners fear that their pet could get sick from a tick bite. But that is very unlikely: It is extremely rare for dogs to get TBE. Babesiosis, Lyme disease and Anaplasmosis are much more dangerous tick diseases for dogs.

Many dog ​​owners do not know which diseases are really dangerous for their dog. But how ticks transmit diseases and how the right protection against ticks works is still not entirely clear to some. Don’t believe these common myths about tick diseases.

The tick bites the dog

Dogs in the city do not need a tick repellent

Ticks are not only at home in forests or high meadows. They also live in parks and gardens, which is why dogs that live in the city should also be protected from ticks.

There is no need for tick protection, it is enough to search

Of course, as a precaution, you should check your dog for ticks after every walk. But that alone is not enough. Because they are so small, ticks are often not discovered for about three days. The pathogens for dangerous diseases have long been in the dog’s body. Effective protection against ticks is, therefore, a must for every dog.

No vaccination protects against ticks. It is only possible to vaccinate against infectious diseases and by no means against all of them. If you want to have your dog vaccinated against tick diseases, you should ask your veterinarian for detailed advice.

Some tick diseases can be really dangerous for your dog. It is up to you to minimize the risk of infection. Comprehensive protection against ticks and detailed advice from the veterinarian about possible vaccinations can help you with this.