Surely you have already had the opportunity to look at the teeth of your velvet paw. Even with a relaxed yawn, the pointed fangs remind us that we are dealing with a predator lounging on the sofa. Healthy teeth are essential for a cat’s survival, even if they no longer have to actively forage for food in human care. Conversely, the condition of the teeth shows how healthy the cat is. In any case, one thing is certain: If you want to bite hard, you have to take care of your teeth. Humans can help.

Contents hide
1 How are the cat’s teeth structured?
2 How do I recognize gingivitis in cats?
3 How does tartar removal work in cats?

How are the cat’s teeth structured?

First a look into the cat’s mouth. The dentition of the house tiger consists of thirty teeth: in each half of the jaw three incisors, one canine, two (bottom) or three (top) front molars, and one rear molar. These back molars only appear during the change of teeth. 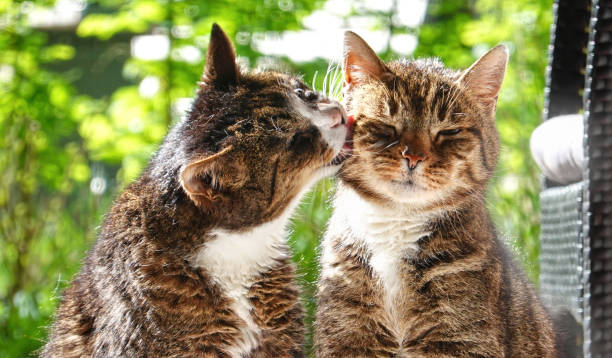 Kittens only have 26 milk teeth, which give way to adult teeth between the third and sixth months of life. Together, the canines form the fangs typical of predators: these teeth can reach past one another through a gap created in the bite. The animal uses the fangs to grab and kill the prey. The cat uses its molars, which are shaped like fangs, to separate meat and swallow the morsel without chewing it.

How do I recognize gingivitis in cats?

An alarming number of cats have problems with their teeth: around three-quarters of the animals suffer from impairments in their mouths. In most cases, the harbinger is tartar, which develops in exactly the same way as in humans: leftover food gets stuck between the teeth and forms plaque, which hardens into tartar due to minerals in the saliva and triggers gingivitis and periodontal disease. The teeth become loose, there is a risk of misaligned teeth and loss of function of the dentition.

In other, more rare cases, however, the gums can also be attacked by an immune disease or viruses. Inflammation of the gums is not only dangerous for the teeth. The bacteria from sources of inflammation can reach other parts of the body via the bloodstream and trigger inflammation there, which the owner would not associate with the teeth at first glance. Kidney damage or heart disease can therefore have its origin in tartar – in a roundabout way. You can open the cat’s mouth with careful pressure on the corners of the mouth so that a visual inspection is possible.

Although cats consume comparatively little granulated sugar, there is a particular form of feline tooth decay known as FORL or feline odontoclastic resorptive lesion. This is a very unpleasant cat disease that is widespread – up to 40% of cats are said to be affected according to studies – but which has not yet been researched very well. The disease causes a malfunction of the organism in which the tooth substance is, starting from the neck of the tooth or the root, virtually dissolves itself. The splintering teeth with their sharp edges and points cause injuries in the mouth, which can become painfully inflamed. In contrast to human caries, bacteria are not the cause, but rather it seems to be a mysterious autoimmune disease. 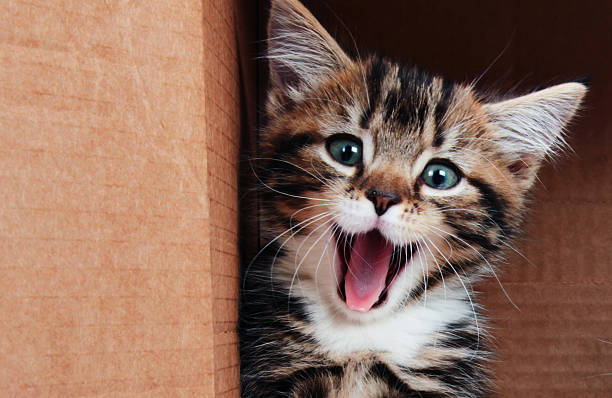 FORL does not only affect modern domestic cats: Big cats living in the wild and, as archaeological finds show, the ancestors of domesticated cats have also had to struggle with cat caries.

How does tartar removal work in cats?

Tartar in cats is, therefore, a serious problem. If the teeth are already severely affected, the veterinarian must intervene. Under anesthesia, he can remove tartar from the cat’s teeth and also assess the condition of the teeth. For more complex dental problems such as root infections, it may be necessary to extract teeth. So that it doesn’t get that far in the first place, you should prevent tartar as much as possible with appropriate care and have your teeth checked at the annual routine check-up.