With Joe Biden, not only a new US President will move into the White House on January 20, 2021, but also two dogs. Pets, especially dogs, have always been very popular with American Presidents. We show you the “First Dogs” of history!

Donald Trump, the 45th President of the United States, doesn’t really have a thing for animals. He took office as president in 2017, becoming the first president in more than 100 years who didn’t have a dog and didn’t want one at all. With this view, he is quite out of line in the history of US presidents. Except for James K. Polk and himself, every US President in history has had some kind of pet, even if it was just the mice in the bedroom that were fed flour and water, like the 17th President Andrew Johnson.

Facts about the First Pets 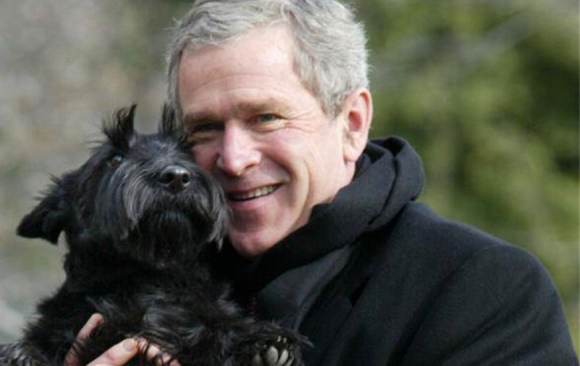 Here are a few facts about former US Presidents’ pets:

32 of the 44 former US Presidents have had at least one dog.
Theodore Roosevelt was arguably the President with the most pets. He and his family had a total of five guinea pigs, eleven horses and two ponies, eleven dogs, two cats, a macaw, a snake, a lizard, a rat, a badger, a rabbit, and a hyena.
Some presidents have had rather unusual pets. Calvin Coolidge is the number one president with the strangest pets. His “pets” included an antelope, a wallaby, a black bear, a lynx, and lion cubs.
46th President Joe Biden’s dog Major is the first shelter dog in the White House.

The First Pets of former US Presidents

“First Pets” have been around since the first US President. Dogs and horses were often among them, but also curious domestic animals such as Thomas Jefferson’s mockingbird, John Quincy Adams’ alligator and silkworms, or Martin Van Buren’s tiger cubs.

The first President of the United States, George Washington, had quite a few animals, including around 14 dogs, a few horses, a donkey and parrots. A special animal was the horse Nelson, which Washington rode e.g. during the War of Independence.

Abraham Lincoln, the 16th President of the United States, had many different animals, such as goats, a turkey, cats, a rabbit, and a domestic pig. But his favorite animal was the dog Fido. A year after Lincoln’s assassination, Fido was stabbed to death by a drunk man.

The First Dogs of US Presidents since 1900

The last president who didn’t bring a dog into the White House was William McKinley. The 25th US President had other pets, such as two Angora cats, but no dog. Ever since Theodore Roosevelt became President after him in 1901, there has always been a First Dog in the White House – until Donald Trump took office as President in 2017. We introduce you to some of the First Dogs of the past 120 years.

Barack Obama was accompanied by two Portuguese water dogs during his tenure from 2009 to 2017: Bo and Sunny. Bo moved into the White House in 2009, Sunny followed in 2013. In the picture, Obama pets dog Sunny.

Millie, George HW Bush’s English Springer Spaniel, is one of the most famous First Dogs. The book “Millies Book”, written by First Lady Barbara Bush from the dog’s perspective, reached number one in the New York Times Best Seller in 1990. Photo shows Bush with Millie and her puppies.

Ronald Reagan was a real dog lover, at least judging by his six dogs. From the small Cavalier King Charles Spaniel Rex to Victory, a golden retriever, to Taca, the Siberian husky: Ronald Reagan and his family were home to very different dogs in the White House. In the photo you can see him with Irish Red Setter Peggy.

In addition to a Siamese cat, Gerald Ford also had several dogs. The photo shows the President, his wife Betty and his daughter Susan Ford with their dog Liberty and their puppies. One of them, Misty, stayed with the family at the White House.

Lyndon B. Johnson had many different pets, including birds, hamsters, and some dogs. The best known of them were the beagles “Him” and “Her” (ie “he” and “she”). The photo shows Johnson with the two dogs in the “Cabinet Room” of the White House.

John F. Kennedy was a real animal lover. Although he had allergies, animals, especially dogs, were a part of his life. In addition to a horse and ponies, he had a rabbit, hamsters, birds, a cat and many dogs. These include, for example, Clipper, a German shepherd, Charlie, a Welsh terrier, or Wolf, an Irish wolfhound mix. Photo shows Kennedy with his family and six of their dogs.

Franklin D. Roosevelt had many dogs, including a Bobtail, a Great Dane, and a Bullmastiff. But his favorite was Scottish Terrier Fala, who can be seen in the photos. The dog moved into the White House in 1940 and accompanied Roosevelt on trips and to important meetings. There’s even a statue of Roosevelt and Fala at the Franklin Delano Roosevelt Memorial.

Herbert Hoover had quite a few animals, almost exclusively dogs. But his favorite was King Tut, a Belgian Shepherd Dog. King Tut was Hoover’s companion prior to his tenure, eventually moving into the White House with him in 1929.

Other First Pets in the White House

Dogs are particularly popular with US Presidents. But other pets have also moved into the White House with the presidents. Here are some first pets:

Cat Socks moved into the White House with the Clinton family in 1993 and was known as the “First Cat”. Dog Buddy came along later. After the Clintons left the White House in 2001, Socks went to live with one of Clinton’s retired secretaries.

In addition to a hamster and an Afghan Hound, Jimmy Carter also had a Siamese cat. It actually belonged to his daughter Amy and bore the unusual name “Misty Malarky Ying Yang”.

In addition to many dogs, Calvin Coolidge also had many unusual pets. Two of them were the raccoons Rebecca and Horace. Photo shows First Lady Grace Coolidge with Rebecca the raccoon.

President Woodrow Wilson had sheep in addition to dogs and a cat. The picture shows his sheep on the South Lawn of the White House. The sheared wool of the sheep was auctioned off, raising money for the Red Cross.

In addition to the dog Caruso, President William Howard Taft also owned cows. Pictured is cow Pauline Wayne, the last of his cows during his tenure. Taft primarily kept the cows to be supplied with fresh milk, because at that time it was not always available.

Theodore Roosevelt had a great many animals including dogs, cats, birds, rabbits and many more. His main love was horses. This photo shows him jumping over a fence on one of his horses. 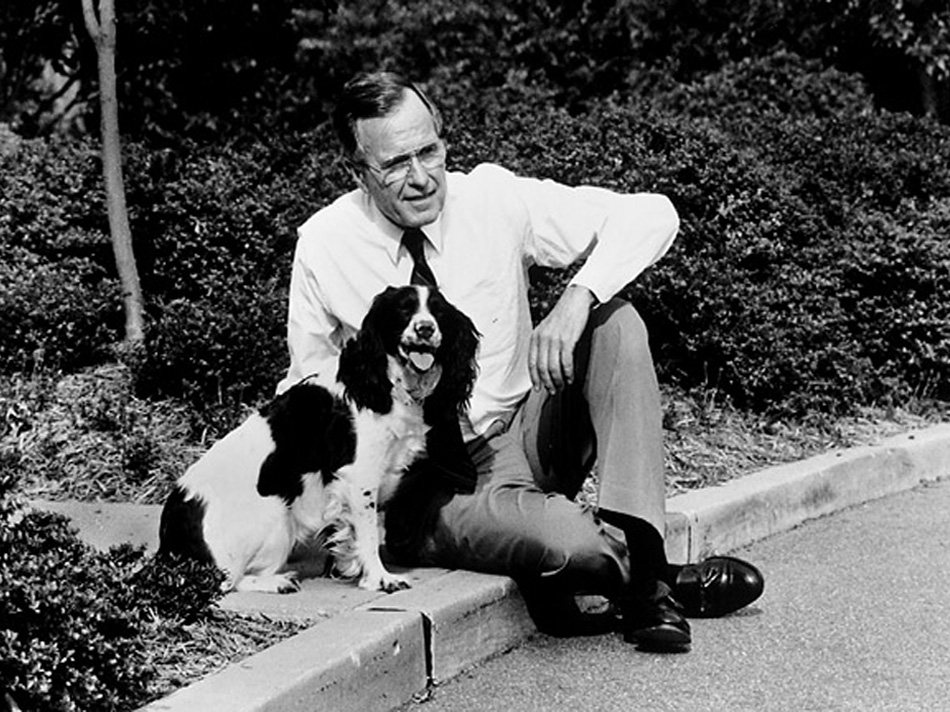