The Golden Vizsla is a new hybrid or “designer” dog that is a blend of two truly legendary dog ​​breeds. Also one of the most interesting of the new hybrid dogs, because the unique traits that Golden Retriever and Vizsla mix puppies have can be inherited from any of the parent dogs!

In this article, we’ll take a closer look at the Golden Vizsla breed so you can decide if this pet is right for you! 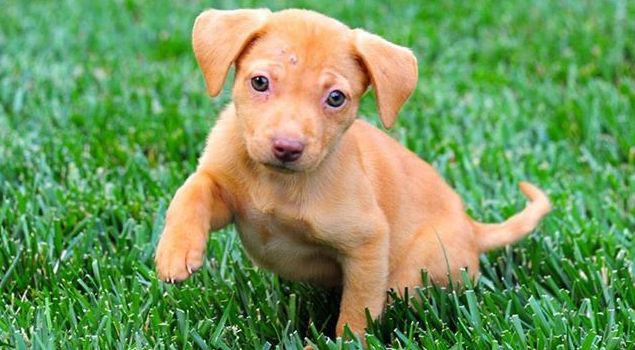 For most dog owners, a hybrid dog is simply a different type of mixed-breed dog – aka a mutt!

Unfortunately for purebred dog breeders, a hybrid dog is a dilution of its carefully preserved genetic breed.

This makes hybrid dogs an unpopular new trend for many purebred breeders.

Canine biologists, however, have a different view of hybrid dogs.

Breeding dogs to a certain breed standard has created some health deficiencies that often cannot be corrected with continued thoroughbred breeding.

With the crossing of these purebred lines, the resulting hybrid puppies inherit greater genetic diversity and the possibility of better future health through the theory of “hybrid vigor”. 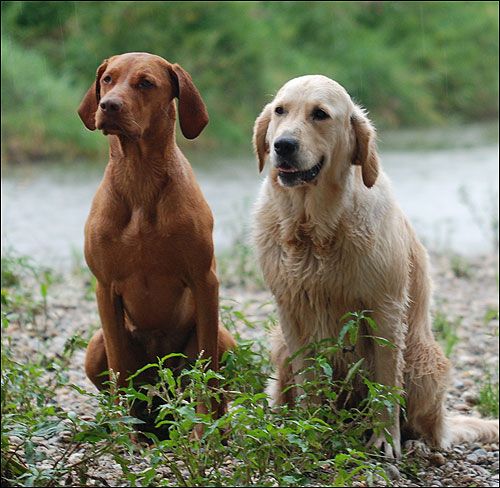 Where did the Golden Retriever & Vizsla blend come from?

Now that it is a new generation hybrid, the exact story of its origin is still a mystery.

To find out more about him in general, let’s take a look at the history of his purebred parents.

The Vizsla breed of hunting gun dogs has been known since the 10th century and was bred in Hungary.

According to other sources, similar dogs existed in Central …

The Hungarian nobility, who revered this breed, carefully served for its purity.

The Hungarian Shorthaired Pointing Dog is common in Eastern and Western Europe, as well as in the United States. 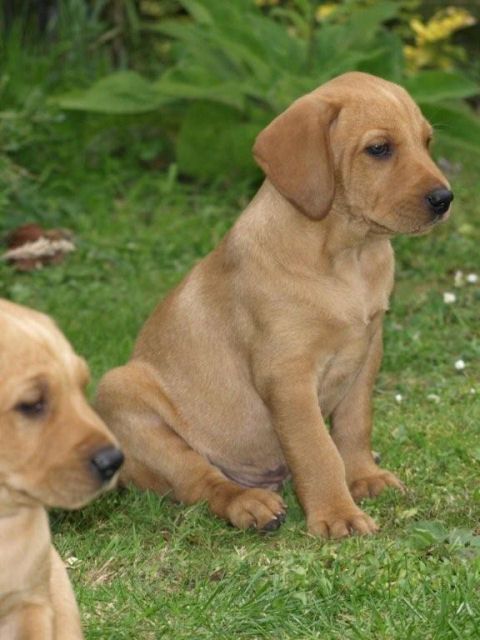 It is impossible to predict exactly what the Golden Retriever and Vizsla dog mix will be. This is largely due to the generation of puppies.

The Hungarian Vizsla is a medium-sized dog: its height at the withers ranges from 54 to 64 cm, and its weight is 20-27 kg.

Accordingly, it can be assumed that your Golden Vizsla puppy will weigh 20 to 35 kilograms and be 50 to 64 centimeters tall.

The appearance and type of coat can be varied even in one litter.

Thanks to the hunting history of both parents, Golden Vizsla is a born hunter.

If you enjoy hunting ducks or waterfowl, his skills will be more useful to you than you could ever imagine.

His beauty is that, despite the fact that he is very energetic, he can live in conditions, provided that he exercises daily.

Golden Vizsla gets along with children, other pets, but like all breeds, early socialization is common.

Golden Vizsla is generally healthy, but like all breeds, they are prone to certain diseases.

If you are buying a puppy, find a good breeder who will show you the health certificates of both of your puppy’s parents.

Health certificates confirm that the dog has been examined and cleared of the specific disease.

The process of crossing different breeds has not yet been studied.

In order for the result to be positive, it is necessary to have a high percentage of confidence in the transfer of certain characteristics to subsequent generations.

In addition, the nature of the future pet is difficult to determine.

Based on the above, whether or not a Golden Vizsla dog is worth buying is a personal question, but for a suitable family, the Golden Retriever and the Vizsla Mix would be a great companion.