Fear, pain, setting boundaries – there are many reasons why dogs growl. However, owners often do not perceive the important warning signal as such. Here’s what you need to know about dog growling.

Growling is a normal means of communication in dogs. They usually tell those around them that they need more distance in a certain situation, for example from another person or another dog. However, what sounds frightening for many dog owners at first glance is a preliminary step – a warning – to avoid a conflict involving physical exertion.

Contents hide
1 Growling from puppyhood
2 Growling as a stress signal
3 Here’s what you should do when your dog growls
4 The cause of the growl
4.1 Growls of anger
4.2 Growls of insecurity
4.3 Growls of pain
5 The growling dog started the argument? 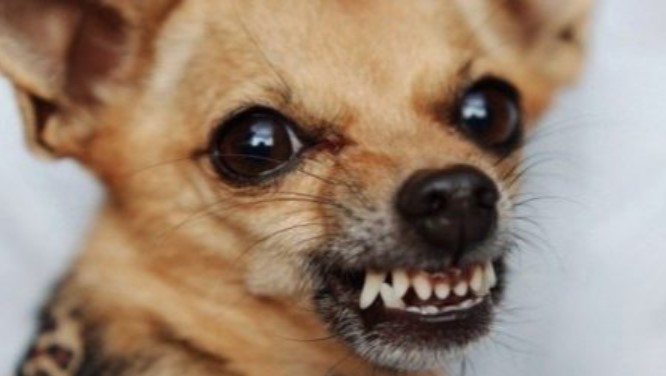 When puppies are born, they can all growl. During their socially sensitive phase, the little ones learn how to use the growl when dealing with other animals, people, objects, etc., so that it has the appropriate effect on the respective situation.

In the best-case scenario, young dogs already learn how to “raise their voice” in order to get closer to their goal. At the beginning, they also learn from failure, i.e. when their growl was not effective in a certain situation. They try things out and learn in every situation. Therefore growling is not just growling, but can occur in different situations.

Growling as a stress signal

Surely you have already observed that dogs do not always snap immediately, but that other signs also indicate a possible imminent conflict: For example, the hair on the back of the neck is raised or the dog seems tense.

Dogs that have been well socialized only use as much energy in any situation (and thus in any conflict) as the situation requires.

Thus, the growling is to be interpreted in such a way that the dog is currently under stress and wants to change the situation in order to regain its balance.

Here’s what you should do when your dog growls

If your dog is in a stressful situation and growls, you should resolve the situation for him and take him out of the conflict. This is important for the dog and strengthens the bond with him, because it gives him security. You can also prevent the conflict from ending on a physical level.

Therefore, if you notice your dog’s growling and react early, then the stress level for both of you and the dog’s willingness to be aggressive will be lower. If you don’t recognize his growl, your dog would probably use further threat levels and, if necessary, also defend or attack.

Here’s what you might do when your dog purposefully growls at a stimulus:

The cause of the growl

Every growl has a cause. In order to respond correctly, you need to know why your dog is growling. Because when a dog growls out of fear, the solution is of course different than when it growls out of anger or pain.

Therefore, in every situation, ask yourself why your dog is growling: How is he doing right now, what mood is he in? Is he afraid? Does he feel safe or insecure? is he angry
Based on the different moods alone, it can be deduced that you cannot apply a panacea when your dog growls. As explained in the previous paragraph, you should resolve the situation for your dog. But this does not mean simply breaking off the situation, e.g. by saying “No”. Because that doesn’t solve the cause.

Imagine that your dog is angry right now. You get your dog to stop growling by saying “no”. But then what? The energy is still there. Most likely your dog will find another buffer to “let off steam”. In the worst case, this could also be undirected aggression.

It is better to show your dog an alternative behavior. Work this out with your dog. You will find that you can more easily steer him through an alternative instead of just an abort.

On the other hand, if you have a dog in front of you that growls out of insecurity, it is also not good to silence the dog by aborting it. This dog needs your support, which is definitely not a “no.”

If you suspect that your dog’s growling is a signal of pain, you should contact a veterinarian immediately. If pain is the cause of the growling, it occurs, for example, with certain touches or movements. Also, keep an eye out for other symptoms of illness or behavioral changes in your dog.

In general, here’s what to do when your dog growls:

The growling dog started the argument? 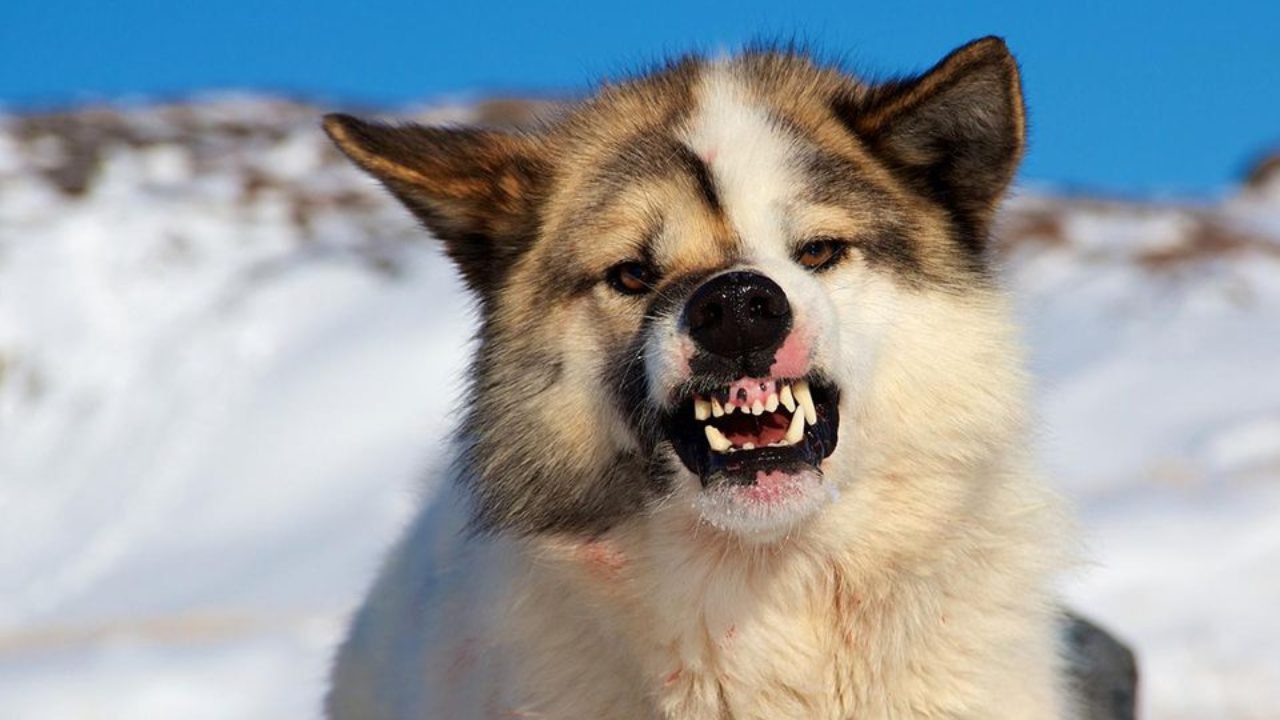 Many dog owners interpret that the dog that growled must have “started” the argument. However, this is usually not the case. Growling is often associated with something negative in humans and is often perceived as a trigger. But communication has no beginning and no end. It takes place on different levels, such as through touch, smell, acoustics, taste and also through the optics. Many small nuances that are often not visible to us usually run out before the growl. In any case, the one who growls is not always automatically the culprit!