This is how a herniated disc occurs in dogs 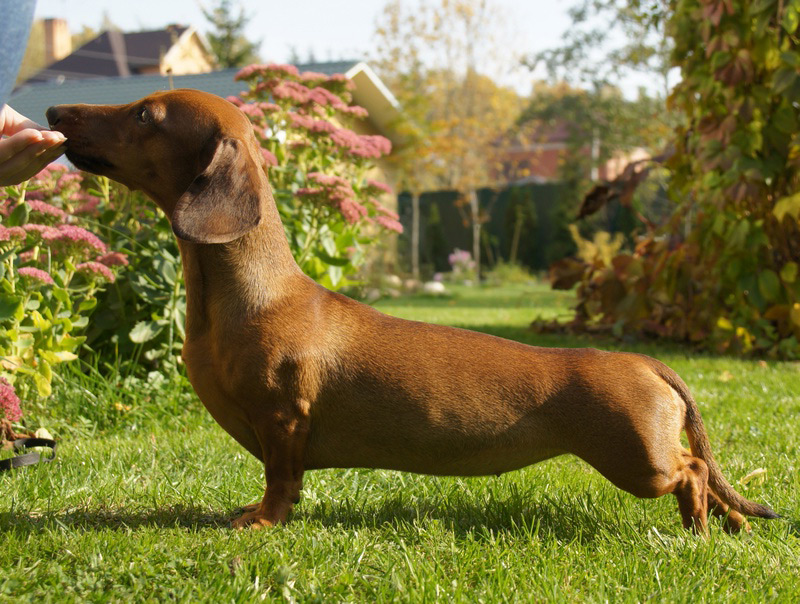 The intervertebral discs act as buffers between the bony vertebrae of the spine. They consist of a ring of connective tissue and a gelatinous core. As sturdy, elastic cushions, they cushion shocks. But they also help the mobility of the spine.

Basically, there are two different types of herniated disc:

1. The ring of connective tissue tears and the gelatinous core presses on the spinal cord.

2. The ring of connective tissue loses its strength and the gelatinous core pushes it toward the spinal cord.

The pressure on the spinal cord causes the symptoms of the herniated disc. If the spinal cord is injured, depending on the location and severity of the injury, important bodily functions are disrupted. In the worst case, complete paralysis occurs.

Symptoms: The 5 degrees of a herniated disc in dogs

Herniated discs in dogs are divided into five grades. Depending on the severity of the disease, different symptoms appear.

Chances of recovery from herniated discs in dogs

The severity of the symptoms is decisive for the dog’s chances of recovery:

The vet can still get a first and second degree herniated disc under control without an operation. To do this, he prescribes strict cage rest for up to two weeks for the dog. The cage rest is the crucial measure in the treatment. Failure to do so could make the incident worse. After resting in the cage, the dog must not jump or climb stairs under any circumstances. That means short walks on a leash and physical therapy exercises.
Dogs with a third and fourth degree herniated disc will need surgery.
With a fifth-degree herniated disc, the dog’s chances are slim. Even with immediate surgery, many remain paralyzed and require lifelong care by their owners unless they choose to be euthanized.

These dogs are particularly affected by disc problems Dogs with short legs and a long back can have disc problems as young as one year old. Therefore, the herniated disc in dogs is often referred to as “dachshund paralysis”. Although other dog breeds can also suffer from a herniated disc, dachshunds are at particularly high risk of this back problem. Like the Pekingese or French bulldog, for example, they belong to the breeds whose physique is the result of a deliberate developmental disorder of the skeleton.

Dogs of other breeds are generally only at risk of suffering from a herniated disc from the age of five.