Already in the first four weeks after the birth, the bitch takes care of the puppies’ excretions and thus creates a clean den or whelping place. At the age of about 4 weeks, the animals start to leave the throwing place by slowly crawling.

The increased activity stimulates the metabolism and so the puppies do their business on grass or earth. Since not all puppies are raised outside, the breeders provide a release location. Since the animals are good on their paws from a certain age, breeders will let the little ones into the garden after every meal and will praise the loosening afterward. If the dogs learn to loosen up on PVC floors or carpets, it will also take longer for the later owner to become housebroken.

However, first-time dog owners need not be afraid of this training, because, in addition to good observation, it only requires a lot of consistency and commitment. When punishing, the owner should be careful, because particularly sensitive dogs can see the punishment differently. So these dogs will no longer do their business in the presence of their owner. A good eye is important because it takes very little time before releasing the puppy because they cannot yet control the release properly. 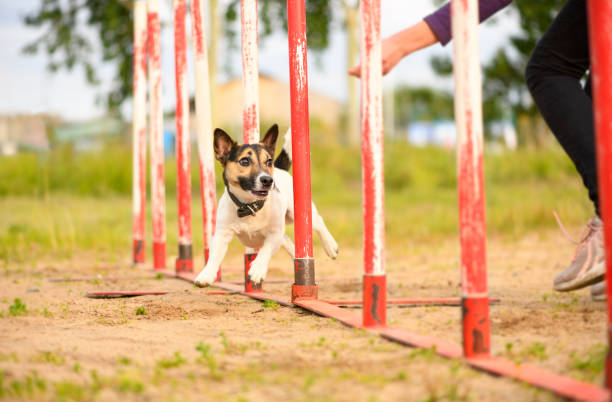 In addition to “running in circles” and intensive sniffing, there are clear signals. At this moment, the owner must react and, ideally, carry the dog to the release point. This prevents the dog from detaching itself beforehand. Of course, after a successful loosening at the desired place, the puppy must be praised by the owner. After just a few days, the dog will have learned to go to the release point if necessary. In the event of minor mishaps, however, the puppy should not be punished, but the shop should be removed without comment. The area should be disinfected so that the puppy no longer absorbs any odors and defecates on this area again. Consistent attention is the key to housebreaking.