Here he comes, the cute little puppy. The whole family is looking forward to the new family member and is very excited to see how he settles into his new surroundings. The old heat lamp from the breeder is suddenly no longer there. The mother is gone and suddenly there are no more siblings. A puppy notices all of this, of course.

He will painfully miss the first few weeks of his life, but soon he won’t remember them anymore. The puppy is moving into its new environment and needs the support of its new family. The apartment or the house, everything new, new people in his pack. Well, he’s the newbie in the pack, not the other way around, and the puppy should be taught that right from the start. Ranking, that’s the keyword!

The puppy should take its first steps in a safe environment. The premises must be prepared for this like a baby. Exposed (not uninsulated) cords should be discarded as the puppy will be quick to bite or claw in its fearlessness. Plants should be kept safe so that they do not stand on shaky edges and are placed in such a way that the puppy does not satisfy his hunger on their leaves. As a new dog owner, you hopefully already know about housebreaking. The puppy will be forced to go to its own territory. Possessions such as expensive rugs on the floor may need to be taken to safety for a few days/weeks.

There is a risk of falling on steep stairs. We at Hundemagazin.net can only strongly recommend our readers protect the puppy from steep stairs. On the one hand because of the risk of falling, on the other hand, because of his joints. Puppies pluck up the courage and explore their new world like heroes. One paw in front of the other and hey presto, it’s going downhill. Faster than the puppy looks, he rolls down the stairs. If he doesn’t fall, he will climb. However, dogs should not have to master many stages when they are puppies. Dogs often get sick in the hip joint area if they have to climb too many stairs. This applies equally to downwards and upwards. 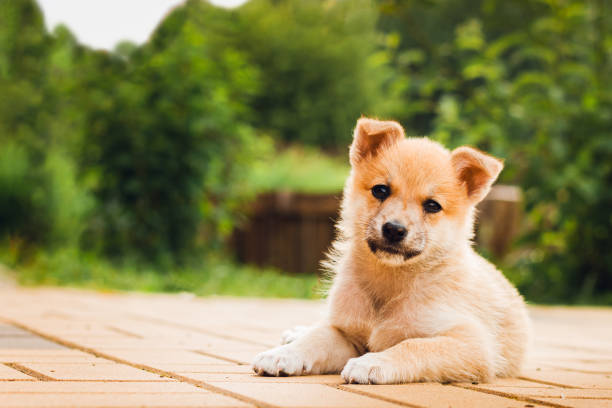 Puppies are given special food because they have very different energy and nutrient needs than adult dogs. It is extremely important that you familiarize yourself with the food in the beginning, as your dog’s health depends on it. A diet that is too high in protein, for example, causes your dog to grow too quickly. This puts you at risk of your dog developing hip dysplasia or elbow dysplasia. Therefore, find out exactly what puppy food is right for you.

As it says in many guidebooks, it is. Puppies need to go outside at least every two hours to relieve themselves. Of course, this is not always possible at night. However, if you notice that the puppy is waking up during the night and romping around, you should pull yourself together and quickly step outside the door. In general, puppies should go outside after sleeping, playing, and eating every two hours. If you forestall your four-legged friend, he won’t even notice that he can go into the apartment. He gets used to doing his business in the great outdoors.

It is true that one particularly likes to play with a puppy, but one should not disregard the dog’s rest periods. Puppies lie on their ears again and again and rest for half an hour to a full hour. This can happen every few hours and varies from puppy to puppy. If a puppy lies and sleeps, it should be left alone, as it replenishes its energy to be fit for the rest of the day. If you give your young puppy a pillow, dog bed, or soft blanket to sleep in right from the start, you are also giving them a permanent place to sleep. An important step in the education of the puppy. 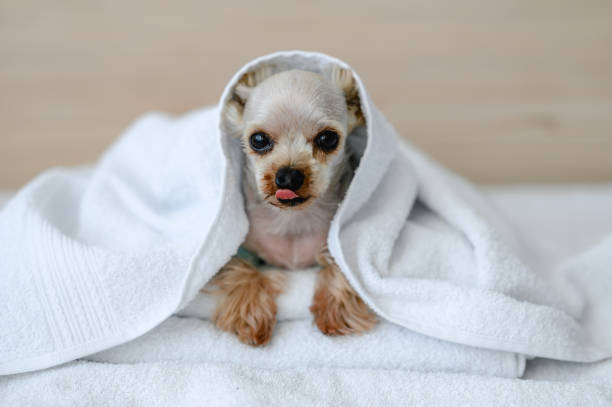 House rules, hierarchy, and obedience. From the very first hour, the dog must know its limits and enjoy training. Many dog ​​owners find the early days of puppy training very harsh. Strictness is important so that the dog gets to know clear rules and follows them. It’s no different in a pack with other dogs. However, as a human, you don’t notice it. How often do you observe large packs of dogs and their educational measures?

Always praise your dog when he has done something positive. Ignore your puppy when he’s misbehaving. Be consistent and don’t let him get away with it. However, never punish your puppy with fisticuffs or verbally abuse it. Drop his name when you raise your voice! Dogs take any kind of communication as attention. Dogs want that kind of attention. The only real and meaningful punishment for dogs is the ignorance of the owner. Turn away, say nothing and leave. After a few seconds, the situation is forgotten. If the dog does something positive again, praise it immediately. The praise must reach the dog two to three seconds after the act. Later is too late. Each “sit” is verbally named with the command “sit!” and immediately praised. Also, check out the post “How do I teach my dog ​​to sit”.

Whenever possible, the puppy should be close to its caregivers. This includes everyone living in the household, including children. Puppies need closeness to gain trust. Every day the puppy dares more and draws from the full again and again. The dog gets a lot of trusts when playing. Here you have to remember to grant the dog success. In other words, people have to lose on purpose – now and then. Feeding, cuddling, and personal hygiene also help the puppy build a valuable basis of trust.

Playing Allowed – if You Want It!

The puppy shouldn’t always be allowed to play with you when it arrives. You go to the dog and decide when to play, not the other way around. You also determine how long the game time is and you are also the one who finishes the game. Of course, you should always pay attention to your dog when it comes, because after all, it has to learn what’s up. Whether you let the puppy on the sofa with you or let him dream at night at the foot of your bed is entirely your decision. Offer the young dog a great perspective, a nice, long, healthy, and educational life, but also a lot of fun. Find out more in our dog magazine and master the important socialization phase of the puppy, which also does justice to its breed.