Is the glass half-full or half-empty? Depending on the assessment, people are considered optimists or pessimists. There should also be such moods among horses. But how do you recognize them?

One thing is certain for Iris Bachmann: «The horse should be chosen based on its personality. This must match that of the future rider and, of course, the intended use of the horse.” Of course, what the head of the research team at Agroscope’s Swiss National Stud in Avenches is propagating is easier said than done. After all, how can the character of a horse be judged? And what does his mood depend on? 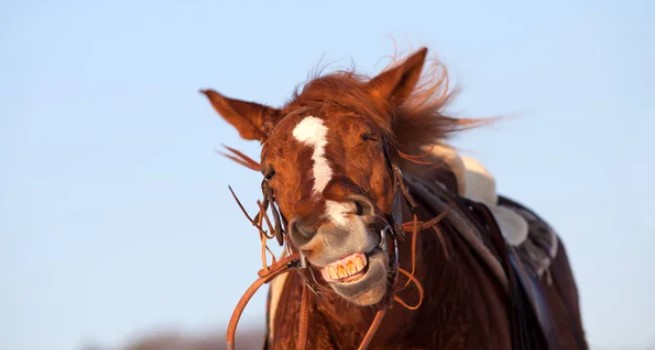 As part of her work at the National Stud, the zoologist has conducted several studies on such subjects, including three years ago when five stallions and five mares were taught that a low tone predicted a carrot in the bucket across the paddock during the bucket remains empty at a high tone. So far, so easy. During the test, however, the scientists occasionally sprinkled in an intermediate tone to find out how the animal was in a mood. If it is positive, it should go to the bucket optimistically because it assumes a carrot in the bucket, while a negative horse should standstill because it doesn’t expect carrots. However, the results did not allow a clear statement.

Behavioral researchers at the German University for Economics and Environment in Nürtingen-Geislingen recently published a similar test. Instead of different tones, it was about to open and closed boxes filled with carrots. If the open box is on the right, the horse can get the vegetables; on the other hand, if it is on the left, it is locked and the reward is denied.

« The horse should be chosen for its personality. This must match that of the future rider and, of course, the intended use of the horse. » – Iris Bachmann
Swiss National Stud Avenches

But what if she suddenly stands open but in the middle of the pitch? “In a trial with 17 horses, stall horses tended to be more pessimistic than horses in other postures,” says test leader Isabell Marr. Because these steeds headed for the central box in anticipation of a reward. So you were optimistic, at least at that moment.

In fact, according to Marr, there were also parallels to the real everyday life of the horses. “What was striking in this study was that the horses that tended towards pessimism were more difficult in basic training or were once bought as ‘difficult’ horses.” However, further research is needed to arrive at meaningful conclusions. Especially since horses can also have mood swings that are not related to their actual mood.

The basis for such tests is the so-called cognitive bias. Ruth Herrmann, who runs a veterinary practice with a focus on behavioral medicine in Olten SO, explains it in terms of us humans: “When I’m doing well, I see the world and my fellow human beings more positively. When I’m feeling bad, I also perceive my environment more negatively. This becomes particularly obvious in ambivalent situations.” For example, a neutral comment can be taken as a compliment, neutral, or as criticism, depending on the mood. According to Herrmann, such tests are only meaningful if you know with certainty that the horse has learned where it receives a reward and where not. This must be checked in advance in any case.

If you don’t want to run across the paddock umpteen times to heave boxes back and forth, but still want to know whether you’re riding a rather positively or negatively tuned horse, you should slip into the role of observer. Iris Bachmann from Agroscope describes an optimist as follows: “An optimistic horse tends to be open and eager to explore, curious to try new things, is tolerant of people and may even forgive him minor mistakes without becoming fearful or closed off all the time.”

« An optimistic horse tends to be open and eager to explore, curious to try new things, tolerant of people, and perhaps even forgiving minor mistakes without becoming fearful or withdrawn all the time. »- Iris Bachmann
Swiss National Stud Avenches
Since animal behavior is sometimes changeable, you should also pay attention to the situation when observing. So the horse can be in a completely different mood among conspecifics than with its owner on the training ground. There is almost always room for interpretation, says veterinarian Ruth Herrmann. But sometimes it’s clear, she adds with a smile. “I had a Welsh Mountain pony that I can call optimistic.” It was always trying to get food. If it was shooed away from the haystack, it would approach from the other side and eat. If its feeding basin wasn’t ready in the stable after grazing, it didn’t go in at all, but went straight to where the pony expected it to be, says Herrmann. “And all without any sign of anger or frustration.”

Behavioral scientist Isabell Marr adds another interesting aspect of how to recognize optimists. According to her, horses that prefer to start with the right front leg tend to be optimists and those that prefer to start on the left tend to be pessimists. A behavior that other animal species also show, for example, dogs or mice. If they prefer the right paw, they behave calmer and more resistant to stress in unfamiliar situations than their left-pawed counterparts. No wonder, then, that Thoroughbreds are mostly left-sided.

Incidentally, anyone who gets a foal still influences the future mood of the animal. Because the personality of a horse does not depend solely on genetics, but also on influences and experiences from the environment such as husbandry conditions, social relationships, or forms of use, and is therefore unique for each individual. That is why all experts recommend that you take into account the individual characteristics and needs of the horse right from the start and throughout your life. This is the only way it will become a truly optimistic contemporary.