Have you decided to have a four-legged roommate for the first time? Then exciting times begin. In this article, we look at how a dog changes your living environment and your daily routine. 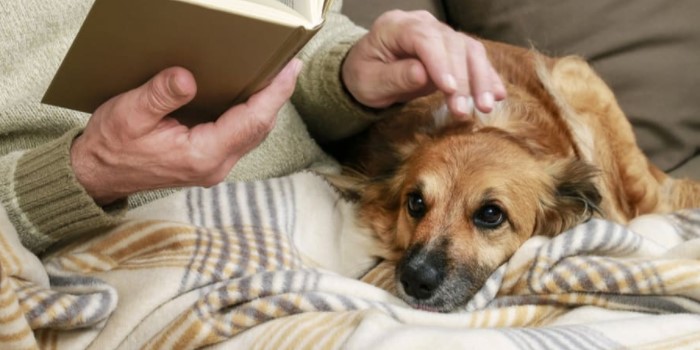 Contents hide
1 Is living with the dog allowed in the rented apartment?
2 Dog-friendly apartment
3 What furniture does my dog ​​need?
4 How does the dog influence the daily routine when living together?
5 Dog and cat: living together

Is living with the dog allowed in the rented apartment?

If you are not a homeowner, the first question to ask is whether you are even allowed to keep a dog in your apartment. There is no blanket answer to this: It depends on the specific rental agreement. This stipulates whether and in what form animal husbandry is permitted.

There are leases that generally allow keeping animals. Ultimately, the decisive factor is whether the dog can be integrated into the social structure of the apartment building. In the case of well-behaved, “normal” dogs, this is usually not a problem. However, particularly large dogs or dogs that are conspicuous due to their aggressiveness may require individual decisions.

If there is no explicit provision in the rental agreement, it depends on whether keeping a dog in the apartment corresponds to the normal usage contract: this is usually not a problem with smaller dogs, but with a mastiff in a one-room apartment it will certainly be more problematic in the interpretation. Even if the dog becomes conspicuous as a permanent barker or acts aggressively, the landlord can prohibit the dog ownership. In legal terms, this is referred to as a “balancing of interests”.

If another tenant in the same house already has a dog, the landlord cannot prohibit a new tenant from owning a dog without reason. Another variant that is widespread in rental agreements is that keeping a dog requires the individual consent of the landlord.

A general ban on keeping pets via a contractual clause is ineffective: the above-mentioned “balancing of interests” between dog owners, landlords, and other tenants must be clarified here. Unfortunately, some dog owners make the experience that it is not so easy to find an apartment with a dog. Sometimes a little persuasion is required.

The dog doesn’t care whether you live in an old building or a bungalow or what the living area looks like.

Decisive for the suitable apartment is rather very practical criteria:

What furniture does my dog ​​need?

A dog’s demands on its inventory are clear.

Your four-legged friend only needs the following as spatially fixed equipment:

How does the dog influence the daily routine when living together?

The presence of the dog brings a new time structure and new obligations into your daily routine: feeding times and several walks and walks with the animal are part of the program from now on.

In return, the dog quickly learns to adapt to your rhythm. However, some dogs become active at night, getting out of the basket and wandering around. The attentive four-legged friend may react to subtle noises and take over the “guard” for his sleeping pack. Be careful though, as his behavior could escalate into undesirable behavior. It is particularly common in older dogs. Then have your darling checked out by the vet to rule out pain or other symptoms as the cause.

Dog and cat: living together 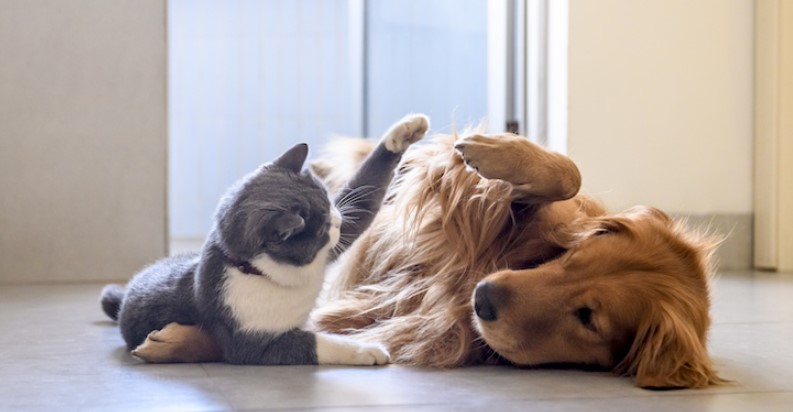 Contrary to popular belief, cats and dogs don’t hate each other per se. A lot depends on socialization during puppyhood (both animals) and how the owners deal with it. It is important: Both animals should have retreat areas where they are “safe” from the other. The third dimension is particularly suitable for cats: high up on shelves and window sills they find a lookout and rest.

Slowly introduce the animals to each other and give the processing time. Give both enough attention and pay attention to the subtle signals that the animals send out. Is the cat showing signs of stress? Does the dog not want to go into the apartment after the walk? Then the situation is not ideal. If in doubt, get help from an expert, e.g. a behavioral veterinarian or a qualified dog trainer.

However, it is possible that even with great effort, the dog and cat will not find each other. Then, in the interest of the animals, a separation from one of the two should be considered. In any case, constant stress from the other animal is very stressful and should not be accepted.