Boy or girl? Which dog sex to choose is a decision that is often determined by guesswork and prejudice rather than knowledge.

Before buying a dog, there is often wild speculation about gender differences. Aside from the general advice, what should you keep in mind when choosing a dog’s sex, and what can really make your decision easier?

The most common clichés 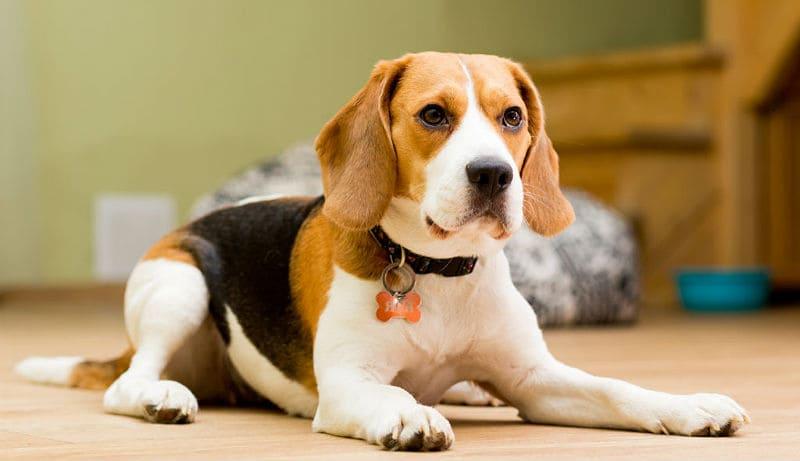 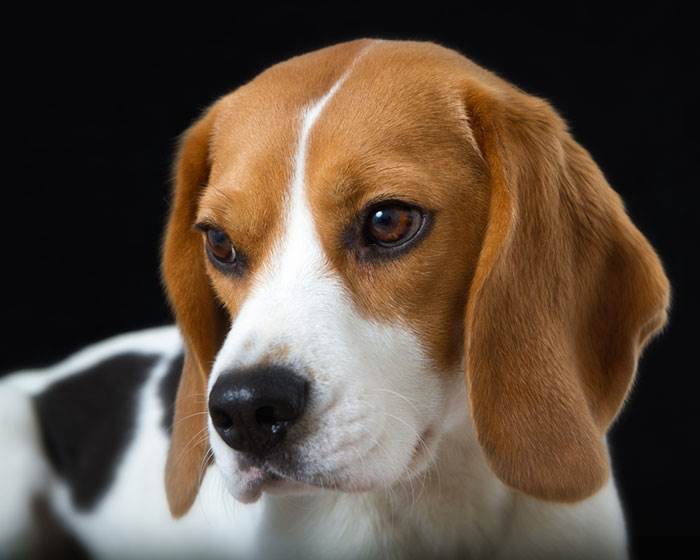 Every child knows: the dog is descended from the wolf. And in theory, as in the wolf pack, the most experienced, strongest bitch always has the say in the natural dog pack – and not a male. The bitch raises the young and grooms, cares for, and educates them. Males have already absorbed the respect for females with their mother’s milk as puppies, so to speak. And no male dog, however self-confident, ever forgets this dominant mother. This is why males are usually indulgent and mindful of bitches for a lifetime.

Even if it looks like this: female dogs are by no means the “weaker sex”. When it comes to their territory, bitches, in particular, can be downright “rude”. It then goes straight to the point with no compromises and without male exhibition fights. This means that the assumption that female dogs are inherently easier to lead cannot be confirmed in principle. However, a bitch asserts herself less often and usually only in an emergency with physical violence. Most of the time she solves problems much more cleverly and looks for the support in the pack that she needs for her goals. Their big pluses are their less distractibility, their independence, concentration, vigilance, and territorial loyalty.

As already mentioned, the alpha male in the pack is not the only leader. Males in a wild wolf pack are responsible for marking the boundaries of the territory and defending them from enemies. Keeping the pack together, providing food and reproduction, and helping with the upbringing of the pups. You have to assert yourself in the pack against other males and know how to enforce them in an emergency. Some of these behaviors also affect our domestic dogs and are therefore part of their genetically determined behavior. Males also have to measure their strength with others, especially when they are still young, in order to sound out the possibility of their dominance skills and to mark their right to mate partners.

So much for the theory derived from the line of ancestors – and now comes the “disappointment”: Although it can be like this or something like that, the behavior of male and female dogs is only determined to a small extent by their gender.

The decisive factors for temperament and behavior:

One of the “disadvantages” of a bitch – at least if no breeding should take place – is her heat. The first heat usually occurs at the age of 7-14 months, with smaller dog breeds a little earlier than with larger dog breeds. From then on, uncomplicated walking twice a year (for some breeds only once a year) and for at least three to four weeks is virtually impossible, because males from all over the neighborhood besiege the property. Some bitches are more sensitive and more affectionate than usual during this time and are not very enthusiastic about leisure activities outside the home. On the other hand, even the most obedient bitch is only too happy to forget the learned rules of conduct and go on “wandering” during this time. Some dog ladies develop downright breakout strategies in order to get to their heart male. At the same time, four-legged friends can appear particularly irritable and snappy towards their peers. During this time, some dominant bitches also mark with their legs raised in order to demonstrate their strength and attractiveness for the males willing to mate.

Apart from the doggy mood swings, the owner can expect other side effects: You may come across bloodstains all over the apartment. The limited walking distance due to the siege does not make the situation any easier. This is where special “panties”, available from specialist retailers, can help. Another possible “side effect” is pseudo-pregnancy. About 9 weeks after a heat period – namely, when the puppies would be born in the event of fertilization – a pseudo-pregnancy can occur. This phenomenon is not always so pronounced that the dog owner should be aware of it. But in some bitches, pseudo-pregnancy can develop into a real problem for the animal. The bitch can then be restless, irritable, biting, or lacking in appetite. Physically, symptoms such as milk production, labor, and even a mock delivery can show up. In this case, the affected bitch behaves as if she had actually had puppies and often directs her motherly love to toys, cuddly toys, or slippers, which she dutifully hoards, protects, and tuddles. All this hormonal overreaction is putting a heavy strain on your doggie. In extreme cases of pseudopregnancy, castration may therefore be advisable (see below).

Owners of male dogs also have their experiences with bitches in heat. In principle, males are usually interested in bitches all year round. But since they have usually learned to have respect for females, the opposite-sex encounters outside of heat are usually harmless, interested, and peaceful. However, if a female dog in heat should cross your path, appeals to the upbringing and sanity of your male four-legged friend are usually unsuccessful. It is best to put your canine master on a leash right away because now there is no stopping them. He just wants to get to know the lady better! In some cases, the “lover” can even react at home by refusing food, crying passionately, or losing any form of the good nursery.

What is heat in the bitch occurs for the first time in the male during puberty. Now the young dog bully is literally overwhelmed by the hormone rush! He has to test his limits and tries to dominate. This demands consistency and patience from the owner. Another wolf legacy is clear display behavior towards competitors. Males play the “macho”, it is tested, grumbling around, one (s) circles around with an upright rod and looks, who can position himself and how best. Fortunately, there is often “much ado about nothing”, but bitter fights can also arise between males.

Incorrectly marked: Conflicts with the neighborhood

A confrontation of a different kind – namely human vs. human – revolves around the constant and for many people embarrassing marking. This instinctive behavior of males has its “sense” in the delimitation of the area. Unfortunately, there is often a dispute between dog owners and caretakers or property owners when the neighbors’ tulip bed or the corner of the house entrance is graced every morning. It is stupid that now every other male from the neighborhood has to mark this place as “his” territory. Here the task lies with the owner: It is best to teach your dog right from the start where marking is allowed and where not – because once a “checkpoint” has been established, weaning becomes much more difficult. By the way: It is a fallacy that only males are tagged. Some bitches also like to generously distribute scented stamps in the neighborhood! 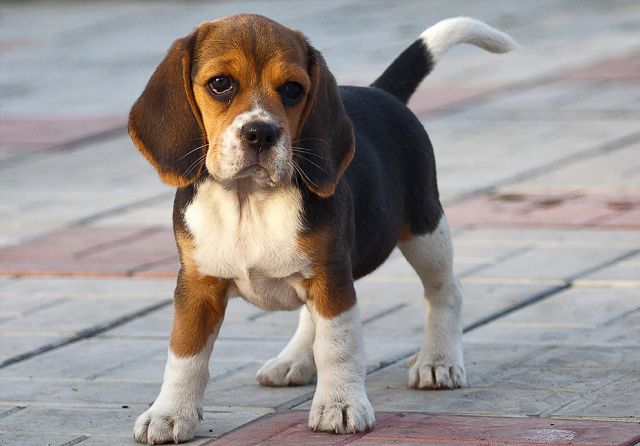 The topic of castration should only be touched on briefly here, as it is often associated with the above question. First and foremost, castration serves to prevent unwanted reproduction. Often, castration is used to try to prevent the “unpleasant” characteristics and/or behavior of the respective gender and at the same time to influence the character traits, for example, aggressiveness or territoriality. Whether there will be a corresponding effect is completely questionable and cannot be guaranteed at all. Before a castration, every owner should inform himself extensively, because, in addition to the desired effects (e.g. no heat or pseudo-pregnancy / no male aggressive behavior, less marking), the castration can have a number of unpleasant side effects. It is also important to remember that this procedure is an operation with the risk of general anesthesia, which is also not cheap.

The fact is that dogs are above all individuals and show very different character traits. Although the gender-specific component is present, it is only in the second or third position of the behavior-determining factors after race, socialization, and upbringing.

Example: A Doberman bitch is very likely to be significantly more dominant than a greyhound male, a Golden Retriever male can be a lot more approachable than a cross-headed Spitz bitch, and the stubborn female terrier, every twenty meters with a raised leg marked, behaves “more masculine” than the civilized Doodle male in the area.

And how does the future dog owner make the best choice?

First, do extensive research on your preferred breed.
In the case of mongrels, physique, size, and appearance allow obvious conclusions.
Think about what kind of dog temperament and character suits your own person and life situation.
Now that you have checked all the factors, in case of doubt, simply let your instinct and intuition decide: If a potential canine companion comes up to you wagging its tail right at the beginning, you know that the sympathy is mutual. If the corresponding fur nose then spontaneously touches your heart, the rest is “just” a lot of love – and a good upbringing.