It is not always easy for a real dog lover to decide between the genders: Do you prefer a male or a female? Multi-dog owners may ask themselves: male and female? Find helpful information that will make your decision easier and learn more about the pros and cons of a male or female dog! 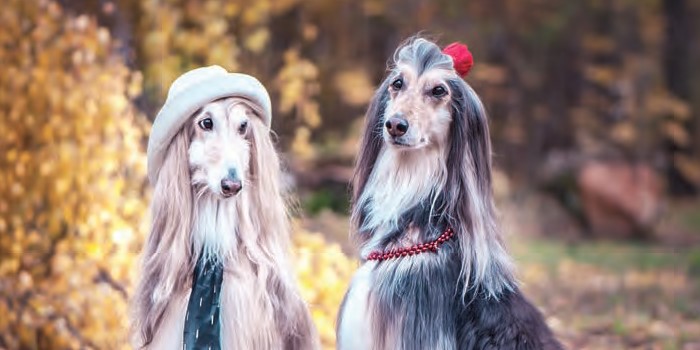 Contents hide
1 Gender differences between male and female dogs
2 Males and Females – gender-specific tasks of the ancestors
3 The stressful tasks of a male dog
4 The female just follows the male…
5 Castration as a means for the obedient male or a loyal bitch?
6 Which gender suits me now?

A deep-seated judgment leads many people to believe that male dogs are rowdier, easily excitable, and more difficult to train than female dogs. They are considered to be cuddly, teachable, and obedient in leadership. But is that really true?

The fact is that dogs are above all individualists and show different characteristics depending on the breed. A Doberman female will most likely be much more dominant and definitely more “happy to mark” than, for example, a sighthound male. Whether a female is easy to train and a male is rowdy is therefore completely independent of gender – just like with us humans. Still, there are a few gender traits you should be aware of.

Males and Females – gender-specific tasks of the ancestors

Although our “sofa dogs” have long emancipated themselves from their wolf ancestors, it is still helpful to consider how the differences between a male and female dog were originally motivated.

The stressful tasks of a male dog

Males in a free-roaming wolf pack are responsible for marking territory boundaries and defending against predators, keeping the pack together, providing food and reproduction, and helping raise pups. They have to hold their ground against other males in the pack and ideally know how to assert themselves.

Some of these behaviors have been passed down to our pet dogs and are part of their genetic behavior pattern. That is why male dogs mark “their” territory, which in most cases is not their territory, but a street or park, again and again.

Also, male dogs, especially when young, need to compete against others to explore the possibility of their dominance abilities and stake their claim on females. However, their genetic disposition says nothing about whether they are generally stubborn, unreachable, or aggressive.

The female just follows the male…

A female’s job in a free-roaming pack of dogs is to help with the gathering of food, deliver puppies, and care for them. As a rule, the lead female mates with the lead male, all the females in the pack, and the father of the puppies take care of the upbringing of the offspring.

Between the sixth and tenth months, the female becomes mature and with it her first heat, which lasts about three to four weeks depending on size and breed. In the first seven to ten days the eggs mature, the bitch marks and thus signals her condition. During this time, females are often less concentrated, more nervous, and irritable than usual. After that, the willingness to mate begins with ovulation, the actual heat in which the bitch can become pregnant. For about six to ten days, the dog lady is all about male dogs.

During this time, a female, no matter how obedient, is only too happy to forget the learned rules of conduct and go on “wandering”. At the same time, she can be particularly rude and snappy towards her fellow females. Some dominant bitches are also marked with raised legs at this time to show their strength and attractiveness to the males willing to mate.

A few weeks after the heat, the female will become pseudopregnant – provided she is not pregnant. She inherited that from her ancestor, the she-wolf. Because in a pack, all the female wolves look after the offspring of the lead wolf and can suckle the puppies. This false pregnancy of the bitch is not always so pronounced that the dog owner has to notice it. However, with some bitches, the false pregnancy can become a problem for the animal, since it does not find any meaningful fulfillment. She can then be restless, irritable, snappy, and have no appetite. Physical symptoms such as milk production, labor, and even a sham birth can also occur. As a puppy substitute, she can protect her toys.

Depending on the breed and disposition, a bitch usually comes into heat twice or only once a year. During this period, the bitch bleeds differently, and depending on her individual cleanliness, she leaves droplets of blood in the apartment. In some special cases, panties in heat can be helpful, but the bitch never learns to keep her natural cleanliness with them.

Castration as a means for the obedient male or a loyal bitch?

If you choose a male or female dog, you should not do so with the ulterior motive of “correcting” his or her genetic predisposition by spaying and neutering at will. For the bitch it means a deep intervention under general anesthesia – for the male dog, it can lead to a hormonal change (behavior and weight).

Dog psychologists and veterinarians agree on one thing: Neutering never automatically leads to an obedient or submissive dog. Please discuss with your veterinarian whether it makes sense to castrate your dog or dog.

Which gender suits me now? 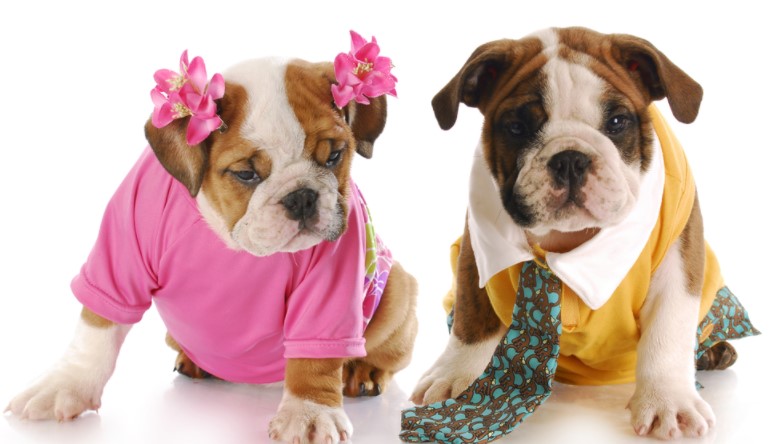 So whether a male or a female is the right choice for you is actually a decision that you should make regardless of the common prejudices. Of course, there are small but subtle differences that are biologically and genetically determined. Females are usually smaller than their male counterparts of the same breed and often have less or shorter fur. As a result, they are also lighter. Behaviors are also breed-specific: You can assume that breeds that tend to be dominant, such as Dobermans or Huskies, will also produce dominant bitches. However, the majority of animal behavior patterns result from the bond between dog and owner and from the upbringing of the fur noses.