Is everything nicer for two? There is a trend to get a second dog or even to buy your own small pack. If you, too, dream of a funny and colorful mix of four-legged friends, you should first ask yourself a few important questions. After all, the dogs should understand each other. Otherwise, this dream can quickly turn into a nightmare – both for you and for your four-legged friends.

Having several dogs comes with a lot of responsibility. Sure, dogs are naturally packed creatures, but you can by no means rely on your four-legged friends to settle matters harmoniously with one another. That can work, but it can also go wrong. Dogs need a clear hierarchy to be comfortable. And the pack leader is always you as the keeper (at least in the best case). You must now deal with a complex system of affiliation, age, gender, and race with consistency and sensitivity. So first check why you want a second dog before you start choosing the right four-legged friend.

Contents hide
1 Important questions on the subject of a second dog
2 Good reasons for a second dog
3 Which second dog is for us?
4 Basic rules first dog and second dog
5 The first contact between two dogs
6 For the first time in the territory of the first dog
7 The order of precedence: You are the pack leader!
8 What if there is no harmony between the two?

Important questions on the subject of a second dog 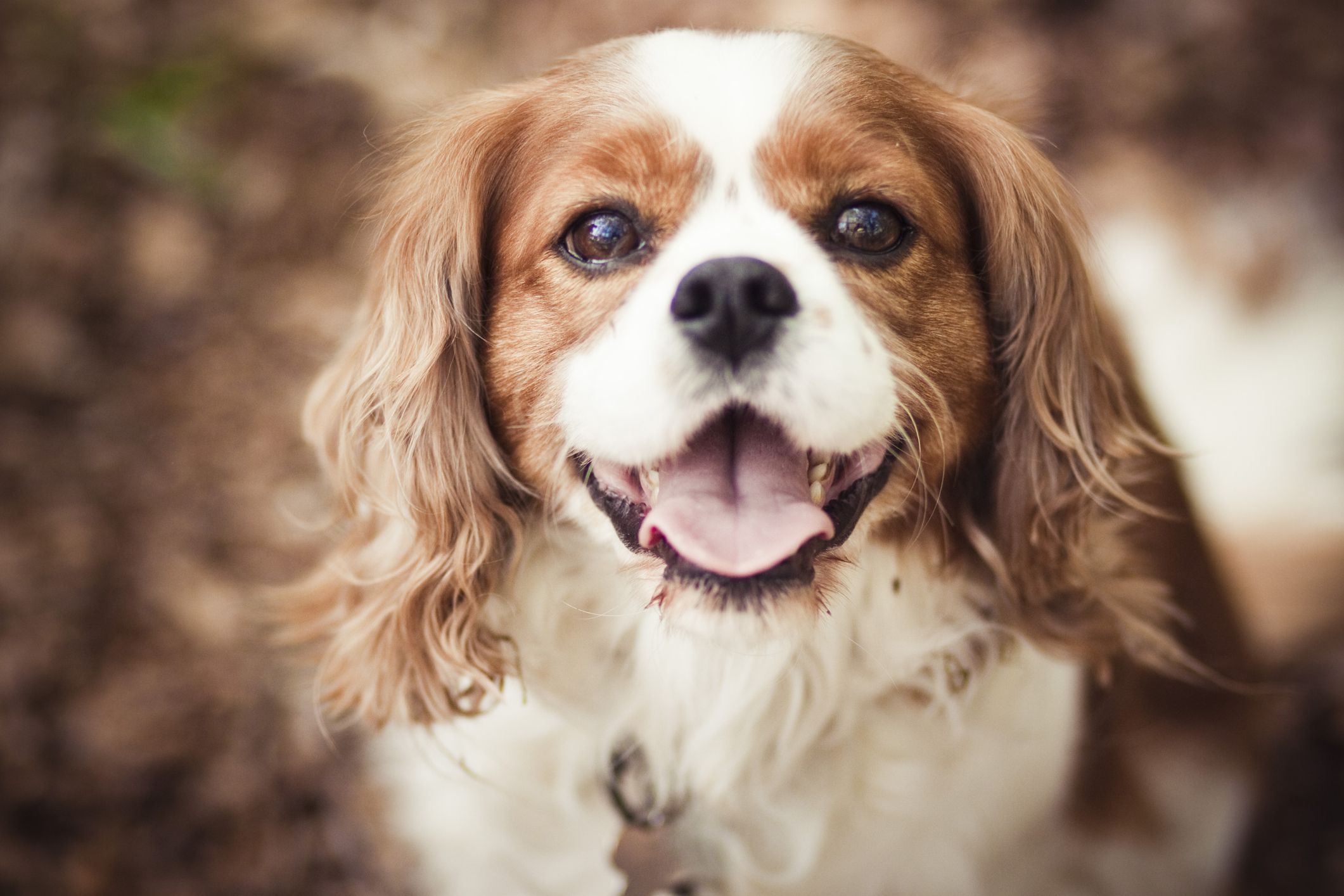 Please ask yourself the following questions before you bring another dog into your life and that of your first dog:

If you can find unambiguous and clear answers to these questions that show you that your first dog is fit, healthy, and well behaved, that you are not looking for a replacement while your first dog is still alive, that you have excess time, space and money for a second four-legged friend and yourself are aware of the responsibility that another four-legged friend entails, then and only then should you consider which dog can fit into your existing pack.

Good reasons for a second dog

Of course, there are also many good reasons for a second dog. Dealing with a conspecific offers different qualities than being with us humans. Good buddies make each other safer, and romping around with each other is a lot of extra fun. Another aspect: Even dogs sometimes like to take on social and caring responsibility, which is why a four-legged social partner can be an important support in daily life for blind, deaf, old, or otherwise impaired dogs. Nevertheless, the word “can” is used here, because whether dogs fit together and can “smell” each other is by no means self-evident. We as owners should approach this task responsibly.

Which second dog is for us? 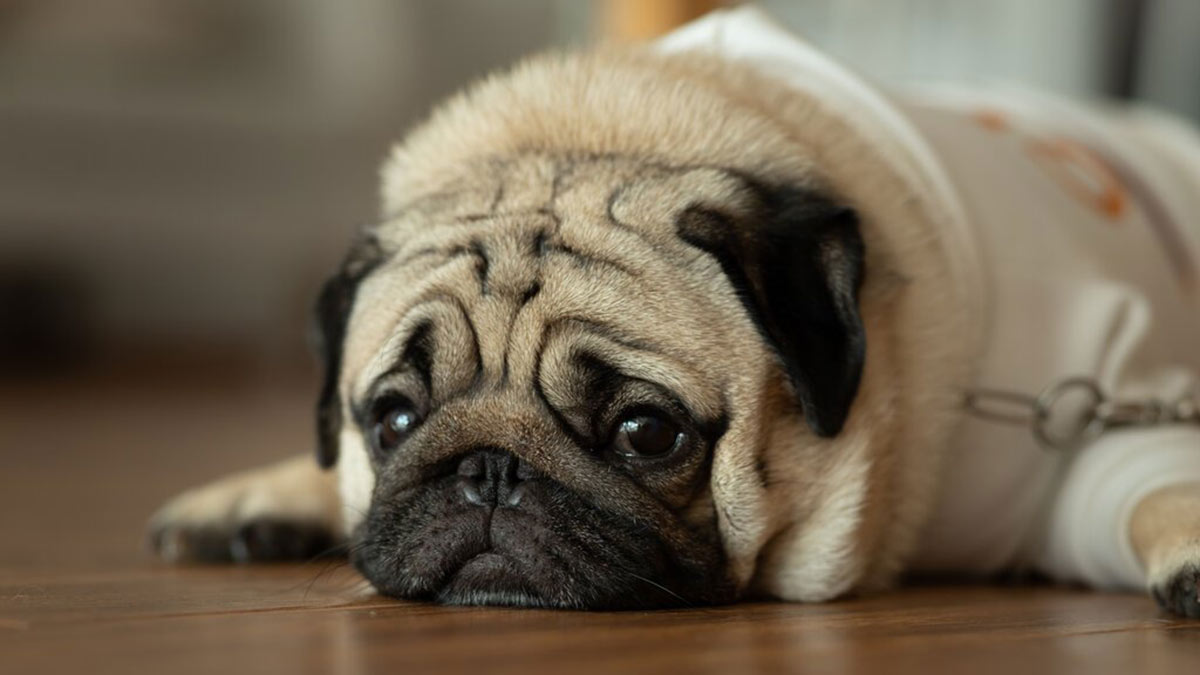 What is the best way to go about finding the right second dog? You can start with:

Watch your first dog!
Find out which favorite play partner he or she has on the dog playground: big, small, old or young, male, female, fluffy or smooth, lively and playful or reserved and calm.
Often this already gives a good picture of the ideal dog partner. If your dog does not yet show any particular inclinations, you can fall back on a few tried and tested basic rules that will make life easier for you and your darling plus newcomer later:

First dog: Make it clear to yourself again that your darling may not want a second dog next to you. Then you will find it easier to accept possible negative outcomes.

Character: Two very lively dogs rock each other up in their cockiness and can easily get out of control. A quieter four-legged friend who is not averse to playing and romping can have a balancing effect on the excessive temperament of a lively partner animal.

Gender: Male and female dogs usually harmonize better than same-sex couples (exceptions confirm the rule!). If no offspring is desired, one of the partners must be neutered in this constellation.

Activity: An active second dog can encourage a sedate partner to exercise more. Many older dogs experience a second spring when they live together with a playful young dog. But be careful: The owner must always make sure that the senior is not overwhelmed by the “youngster” and robbed of his calm.

Puppies: When choosing a puppy, the first dog should be at least two and a half years old, basically a young adult who is no longer so interested in juvenile nonsense and who obeys your commands. A pack of “young savages” causes a lot of chaos. Do not rely on the “puppy protection”, which only applies in your own family.

Age: It is also easier when the first dog is a few years older. Older second dog to younger first dog can be more difficult under certain circumstances.

Race: It only matters insofar as behaviors can be misinterpreted. For example, the rowdy game request of a Labrador for a territorial Hovawart may not be understood correctly, as is the retriever’s urge to retrieve vs. the cohesion instinct of a border collie.

Arrange the first meeting of the future life partner on neutral territory. Go for a walk together, where the dogs are initially kept on a leash. If the first sniff happens peacefully or even happily, let the two romps together on a fenced property.

When the first and second dogs plays with each other, the first small step towards a functioning “shared dog house” has already been taken. However, you should be particularly attentive to the first few meetings. It doesn’t always run smoothly: everything is possible, from ignoring each other to aggressive attacks. Sometimes several meetings can clear up the animosity.

If, even after various attempts, every encounter is associated with growling or even scuffling, it makes little sense to mediate diplomatically. In some cases, the chemistry between the dogs is simply not right. Take another try with another potential buddy. Dogs are very individual when it comes to friendships, and a new start with another four-legged friend can lead to success in a short time.

For the first time in the territory of the first dog

Entering the first dog territory is an exciting moment for everyone, because there are four-legged friends who do not tolerate an “intruder” here and initially react very uncomfortably. With a clear and consistent allocation of separate sleeping, lying and feeding places, you as the owner must now ensure the safety and relaxation of both dogs. You are the pack leader and give command. Distribute your caresses and treats fairly between both of them with sensitivity, so you avoid jealousy. In the first few weeks you should leave the dogs alone as little as possible and watch them carefully. The four-legged friends can resolve minor disputes among themselves, and the dog owner must consistently prevent aggressive behavior. Unfortunately, the phrase “they take care of each other” is nonsensical. This is your job!

At the beginning of this friendship, take plenty of time to go out on excursions together. Well-utilized dogs are less inclined to vent their excess energy in their own four walls: Long walks, play hours and gassing at interesting taster spots should therefore be on the program as often as possible. Even if the first dog is already well trained, attending a dog school together after the acclimatization period can strengthen the bond between the animals and the owner.

The order of precedence: You are the pack leader!

In the next few weeks, the order of precedence will be established, always under consistent guidance and attentive observation of the pack leader (i.e. owner). Even if two dogs get along well on neutral ground, there can always be arguments at home in the first few weeks. Many dogs are initially unsettled by a new arrival and try in various ways to drive away the annoying roommate.

If the dogs are well socialized and basically compatible with one another, they will determine their ranking through playful arguments. It can happen that the second dog takes over the leadership role after a while. For many dog ​​owners it is difficult to see when the beloved first four-legged friend is “dethroned” by the newcomer. But it is counterproductive to mediate and to prefer the lower-ranking animal out of pity. A clear ranking gives every dog ​​security. It is relatively indifferent to him which place he occupies. If people interfere, the fight for the ranking has to be fought over and over again, which is associated with great stress for the dogs involved.

There are also first-time four-legged friends who love to get out of the alpha role and find their way into the new pack order in a relaxed manner. It is your job to always make sure that no violence comes into play. If there is a risk that an animal will be injured in an argument, you must intervene and set limits as the pack leader. The same applies if a senior dog cannot avoid the impetuous approach of a young dog. When the pack is growing, a sure instinct is required!

What if there is no harmony between the two?

If the two four-legged friends do not get along after a long period of getting used to each other, an experienced dog trainer can be the solution. With the help of an individually tailored training plan, it is quite possible to save domestic harmony. If this does not help either, it is better to go back to the initial state with your beloved first dog and free the other four-legged friend for a new chance. Don’t give up too quickly, but be realistic about the situation.