The breeding of guinea pigs must be well thought out in advance. Because unplanned offspring in guinea pigs is not in the interests of the animals. Read here what you should know about breeding guinea pigs and when you should better discard this idea.

Breeding guinea pigs comes with a lot of responsibility. Before you breed two guinea pigs together, you should therefore obtain comprehensive information about the breeding and rearing of rodents and acquire basic genetic knowledge. In addition, you should first check whether you are suitable as a breeder at all.

As a breeder, you must ensure that the offspring are accommodated in an animal-friendly manner before mating. Either you have enough space to keep the young animals yourself or find buyers who can offer them an animal-friendly home. If you do not meet these conditions, you should urgently refrain from breeding, even if you only intend to mate once, as this endangers the well-being of the animals.

The mating, gestation, and parturition of guinea pigs 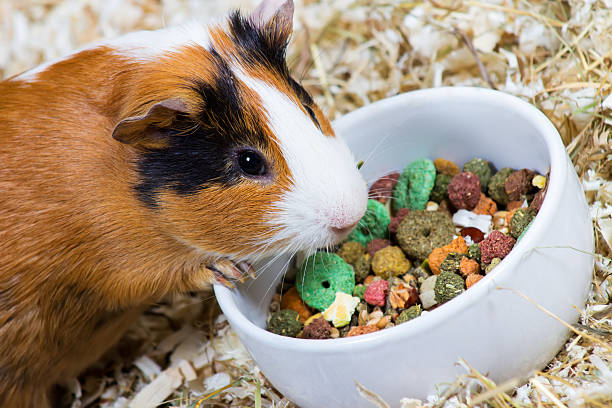 In order for your guinea pigs to reproduce, you need a healthy breeding pair of the right age. Female guinea pigs are sexually mature at around six weeks and ready for breeding at around four to six months. A female should not be too young when mated, but also not too old, i.e. not older than eight to twelve months. Otherwise, there may be birth problems. Males become sexually mature at six to eight weeks, but should not be used for breeding until they are about four to six months old. After the birth and rearing of a litter, it makes sense to give the dams a breeding break of up to six months.

During courtship, the male courts his female by cooing and swaying his hips (so-called “rumba”). The buck sniffs his partner and sprinkles urine on her. The female, ready to mate, lifts her hindquarters and allows herself to be mated (repeatedly). After successful mating, a waxy, white covering plug seals the vagina, preventing the sperm from flowing out again.

During pregnancy, the females have an increased need for protein, which must be covered by the food. After an average gestation period of 68 days, one to seven young is born.

The birth usually takes place in the early morning hours or at night and lasts about half an hour to an hour. The female takes a squatting position, pushes out the young, and helps with her teeth. Inexperienced mothers have an increased risk of complications, such as the young getting stuck in the birth canal. Therefore, the owner should be present at birth if possible and intervene to help if necessary. 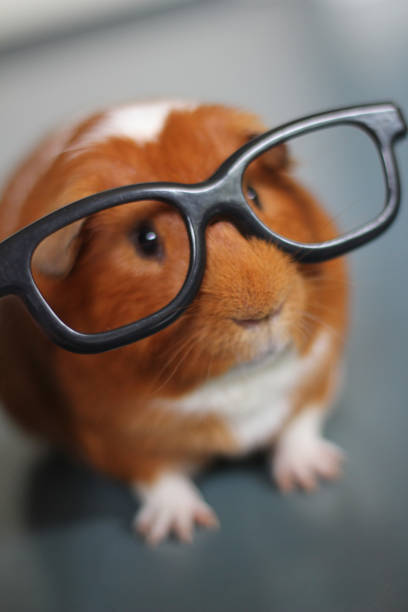 After birth, the mother licks her babies dry and nurses them. As precocial, guinea pigs are born completely hairy and with permanent teeth. They can already see and hear and weigh about 60 to 80 g. Although guinea pigs only have two teats, they can easily rear up to six pups. In addition to their mother’s milk, the animals eat solid food such as hay and dry food after just a few hours or days. Nevertheless, breast milk and contact with the mother are important for the development of the animals.

The rodents learn healthy social behavior from their mother and other group members. Incidentally, it is also possible to keep several mothers with young animals of the same age together. The females usually get along well and even raise their litter together. The young should stay with the mother for at least three to four weeks (as long as possible). However, the male offspring must then be separated from the mother and the litter sisters so that the animals do not multiply uncontrollably.