A common constellation is guinea pigs and rabbits. These two completely different and not related animals are often kept together in one enclosure.

The owners believe that their animals would get along well. This assumption is usually based on the fact that there are no conflicts and the animals live peacefully side by side. It is not uncommon for rabbits to cuddle with guinea pigs, which in turn is interpreted as a “token of love”.

The fact is, however, that guinea pigs and rabbits have very different phonetic and body language. While rabbits lick each other’s fur and seek physical contact, guinea pigs do not. For rodents, cuddling is a sign of insecurity and stress. If they are “forced to be cuddled” by rabbits, they often cannot defend themselves against it. Rabbits are superior to guinea pigs simply because of their body size. Another difference is that guinea pigs are diurnal while rabbits are crepuscular.

Rabbit as a partner? 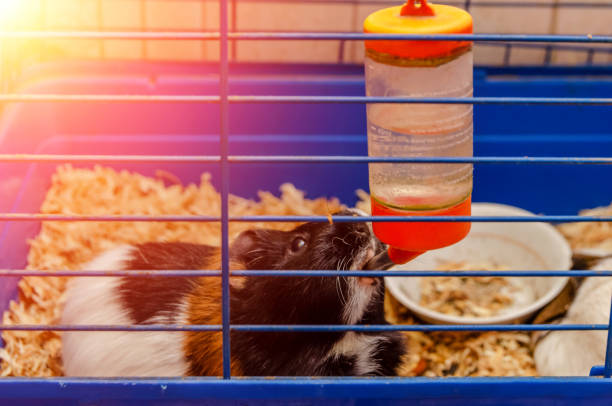 However, as already mentioned, most frustrations and misunderstandings arise from the different languages ​​spoken by rabbits and guinea pigs. A rabbit that asks a fellow rabbit to lick its fur lays its head flat on the ground and tucks it under its partner’s head. Such behavior is interpreted by guinea pigs in exactly the opposite way. The rodents respond to the rabbit’s socio-positive behavior by aggressively raising their snouts.

This example shows that the two types do not go together. In fact, scientific research shows that guinea pigs, given the choice, prefer to live alone rather than with a rabbit. Guinea pigs always need at least one conspecific! However, several rabbits and guinea pigs can be allowed to exercise together as long as they treat each other peacefully or avoid each other.

Other rodents such as pet rats, chinchillas, hamsters, and degus are even less compatible with guinea pigs than rabbits. However, the animals can be kept in the same room if the various phases of activity (active during the day or at night) do not disturb the peace. However, a joint outlet should be avoided.

Birds chirping and screeching loudly can be a noise nuisance for guinea pigs. If they fly around the room, it is possible that they will awaken the rodents’ instinct to flee. It is best not to house birds and guinea pigs in the same room. 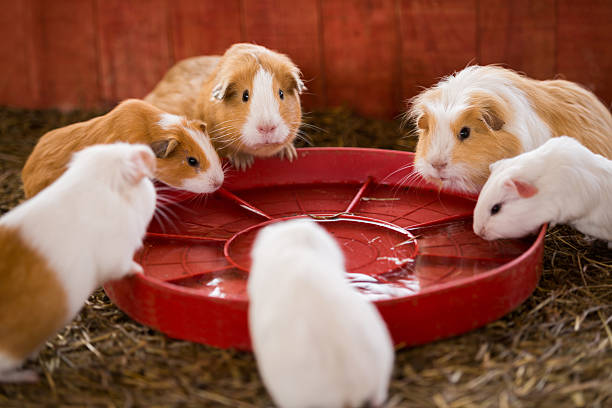 Cats and dogs that have been used to guinea pigs from an early age usually do not bother the rodents. However, dogs and cats are and will remain predators that have a play and hunting instinct. Sometimes cats try to “fish” through the bars, which of course means stress for guinea pigs. Dogs may bark at rodents, frightening them.

In the event that the guinea pigs are in any way anxious or stressed towards the dog or cat, they should be kept separate. Peaceful dogs and cats are allowed in the same room. However, it is not advisable to run free together! Other predators such as ferrets should always stay out of reach (i.e. out of sight and smell) of your guinea pig.