Would you like to have a dog move into your home? Then you are spoiled for choice: whether animal welfare, a serious breeder or – what we advise against – the classic “multipliers” that offer puppies without a pedigree. Our tip: stop by the animal shelter around the corner! A dog from animal welfare can enrich your life in many ways: Here are eight reasons why you should adopt a dog from an animal shelter!

Contents hide
1 You make a dog happy again!
2 A symbol for animal welfare
3 A real personality moves in with you
4 House trained & educated: there is no exhausting puppy time
5 The selection is huge: your dream dog is waiting!
6 Nominal fee instead of a high purchase price
7 No chance for dubious breeders
8 Be an inspiration to others

You make a dog happy again! 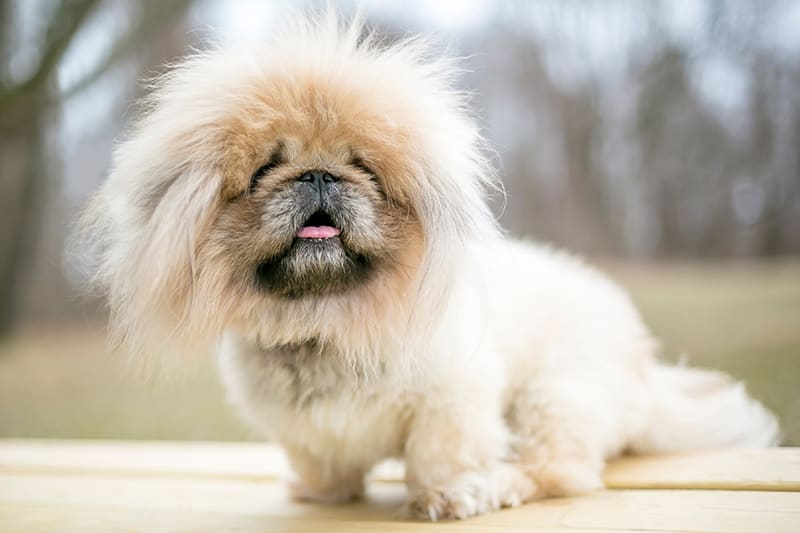 Too old, too strenuous, too hairy: animals sit in animal shelters for a wide variety of reasons. Sometimes owners have to part with their four-legged friend due to illness or divorce. However, the following always applies: This is a drastic change for the dog. He cannot understand why he is separated from his usual pack. Sitting in an animal shelter causes a lot of stress, especially for very people-related animals. This is where you come in: you can give a dog a chance at a new life with you!

A symbol for animal welfare

A real personality moves in with you

Some breeds are so popular that breeders decide shortly after birth which prospect will get which puppy. As a result, the character of dog and master or mistress often do not fit together as well as possible. Even older puppies are not yet mature personalities. In the case of animal welfare dogs, on the other hand, the employees can give you a lot of information about the character of your new roommate before an adoption. It is even better if you have the opportunity to sniff each other while taking a walk together. This is how you get to know the dog before the placement. This increases the chance of a four-legged friend that is ideal for you and your living conditions.

House trained & educated: there is no exhausting puppy time

Pee every two hours, nibble on shoes and care around the clock: when a puppy moves in, it requires a lot of patience. In addition, you have strenuous educational work ahead of you. Many dogs from animal welfare also have a lot of catching up to do in terms of upbringing. But most of them are familiar with the basic commands such as “sit” or “sit down” and are house-trained. Of course, an animal shelter dog also needs your full attention at the beginning. But the first few weeks together are more relaxed than the time with a little puppy from the breeder.

The selection is huge: your dream dog is waiting!

Whether hunting dog or lap dog, small or large, black or colored: In animal protection there are many lovable mixed breeds waiting for you! It is true that mixed breeds are often a surprise package compared to certain breeds. However, this creates many particularly lovable dogs with unique characteristics! One of them will suit you exactly!

Nominal fee instead of a high purchase price

Anyone who buys a dog from a breeder has to dig deep into their pockets: a pedigree dog from a reputable breeder costs an average of four-digit amounts. The price is justified, after all, breeders invest time and money in healthy and type offspring. But you can get a no less lovable animal welfare dog much cheaper. You can also use the money to finance animal welfare work. So if you are not a fan of a certain breed, you can look forward to the lower price of your dream dog from animal welfare.

No chance for dubious breeders

“For sale purebred puppies without pedigree.” If you are looking for a dog, you will sooner or later find such dubious classifieds or notices. The providers like to refer to themselves as “hobby breeders”, which is why they supposedly do not need any papers. Avoid such alleged breeders – they usually do not value health exams, type, and stamping. Undocumented dogs that look similar to a certain breed can also be found in Animal Welfare. If you are looking for a rare breed, you will often find it faster on the Internet than at the animal shelter around the corner. However, if you would like to have a poodle or shepherd move in, you will find four-legged friends with similar looks and characters in the animal shelter.

Be an inspiration to others “Dogs from the animal shelter are difficult!” – such prejudices can be heard or read again and again. Set a good example and your four-legged friend and infect other people with your enthusiasm. If friends or acquaintances of yours are looking for a new animal companion, you will think of your positive experiences! Would you like to be more involved? Then become a member of the respective animal welfare association. So you stay connected to the animal rights activists and have the opportunity to show commitment – for example as a cake baker at the Easter market. Word of mouth is helping to bring more people’s attention to the shelter. Positive reports on social media let others share in your animal happiness – and promote the animal shelter. Perhaps you will help another dog to find a new home.