Many guinea pig owners are happy when the guinea pig hangs limp in their arms and can be stroked without fidgeting. But a big mistake: the guinea pig is paralyzed with fear at this moment. It falls into a state of terror.

Read here which stress and anxiety symptoms of guinea pigs you absolutely must know. 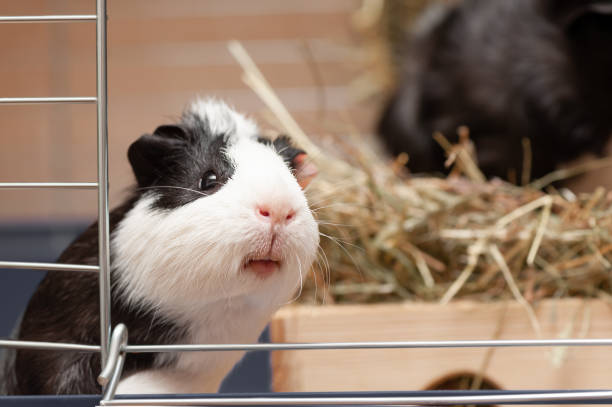 The following signals show that the guinea pig is temporarily or permanently stressed. If you observe this behavior in a guinea pig, you should prick up your ears.

With their phonetic and body language, guinea pigs often express themselves differently than we would expect. In addition, guinea pigs are very individual: It varies greatly from animal to animal, what is perceived as unpleasant or pleasant.

While some guinea pigs like to be petted and picked out, others experience this as a threat. Especially when grabbed from above, their instinct tells them they’re going to be prey.

Stress signals such as fleeing, freezing, wide eyes, and cooing show that the guinea pig is scared. And not because the guinea pig thinks it’s beautiful, but because it’s frightening and holds still in your arms.

Anxious guinea pigs should be picked up and petted regularly so they know nothing is happening. This is how they have positive experiences. But do not overwhelm the guinea pig, but proceed carefully and slowly.

Stress within the group

Not only like humans can guinea pigs stress. Even within a guinea pig group, this can happen among conspecifics. For example, if an animal is “bullied” over a longer period of time. The others (or a stronger animal) shoo it out of the houses or away from the feeding place.

If the guinea pig doesn’t fight back and there are no obvious fights taking place, it is difficult to judge whether one of the guinea pigs is being bullied and is constantly stressed.

Be alert as soon as a guinea pig loses weight or hardly shows itself. Constant social stress weakens the immune system and can, for example, promote indigestion or mite infestation. If necessary, an inharmonic group must be separated. 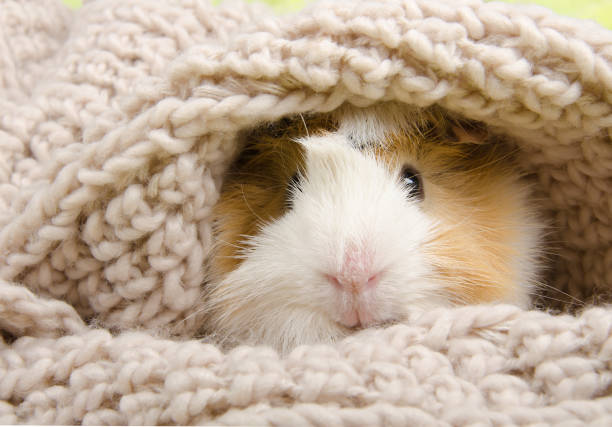 In order to save the guinea pigs a lot of suffering, the owner should recognize the stress and fear situation as soon as possible. A large guinea pig enclosure, many houses, several feeding stations, and two drinking troughs reduce fights and arguments among the guinea pigs – and thus many moments of stress.