A purebred Rhodesian Ridgeback is a proud sight: Descended from domesticated Khoi-Khoi (also known as Hottentot) breeds, the South African giant takes on even large predators without ever showing fear. The protectors with the reverse eel line are not entirely undemanding, but with the right training, they make very good family dogs.

Contents hide
1 Features of the Ridge at a Glance – Hunting Dog with a Unique Crest
1.1 The Ridgeback from head to tail
1.2 Coat and color of the Ridgeback
2 Historical Facts and Myths about the Rhodesian Ridgeback
2.1 Disadvantages of strict breeding selection
2.2 The gentle nature of the lion hunter
2.3 Four-Legged Friend with Many Talents
2.4 A savannah runner with alacrity
3 Conclusion: The Rhodesian Ridgeback is Rightly Popular

There are only three dog breeds in the world with a so-called ridge – the hair on the back grows in the opposite direction of the line and visually forms a slight crest. The Rhodesian Ridgeback is known for this trait, which by 2008 was the undoing of many puppies without a “Ridge.” With an average height at the withers of 63 to 69 cm for males and 61 to 66 cm for females, they are not among the largest dog breeds, but they make an imposing appearance. The ideal weight of 36.5 cm is specified for males. According to the FCI breed standard, bitches should weigh around 32 kilograms.

The Ridgeback from head to tail 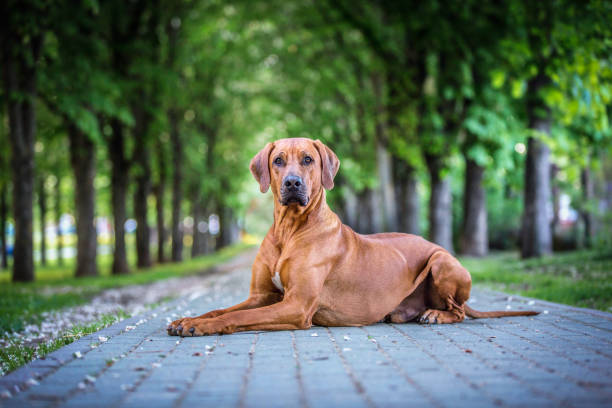 Coat and color of the Ridgeback

Ridgebacks are immediately recognizable by their coat color and hair structure. They only come in wheat colors. Their close-lying fur is very short and smooth, it can hardly be brushed against the direction of growth.

Historical Facts and Myths about the Rhodesian Ridgeback

Little is known about the origin of the Rhodesian Ridgeback. What is certain is that in colonial times native breeds with ridges were crossed with European hounds. Mastiffs, Great Danes, and Greyhounds are believed to have helped create the breed. The ancestors of today’s Ridgebacks were used for a variety of purposes:

The breed standard of the Ridgeback has always included its special dorsal streak. Puppies without this trait were also culled in Europe, as dictated by the official British breed standard. It wasn’t until 2008 when the investigative documentary Pedigree Dogs Exposed publicly exposed the practice, that the systematic killing of puppies was abandoned. The breed’s gene pool is very limited due to strict breeding selection.

The gentle nature of the lion hunter

Although ridgebacks were also bred to hunt, they are known to be quiet and reserved. Fear is a foreign word to proud Ridge – he bravely faces any threat and rarely gets nervous even in unfamiliar surroundings. His character, like his appearance, is proud and dignified. He meets strangers with skepticism or indifference, although he never becomes aggressive without reason.

Four-Legged Friend with Many Talents

A savannah runner with alacrity

Ridgebacks have tremendous endurance and are free to roam their homeland’s vast farms and wild terrain. They, therefore, need a lot of exercises and long active phases during the day. They cannot live in a species-appropriate manner in small city apartments. A house with a garden or a country yard would be ideal for keeping a family dog. 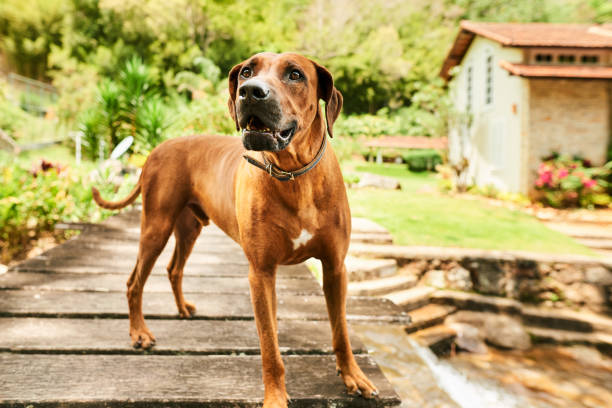