The Czechoslovakian Wolfhound is a cross between a German Shepherd and a Carpathian Wolf. He is suspicious of strangers and sometimes aggressive. However, he goes through fire for his owner. With a consistent, respectful upbringing and species-appropriate attitude, he develops into a loyal and loving companion. 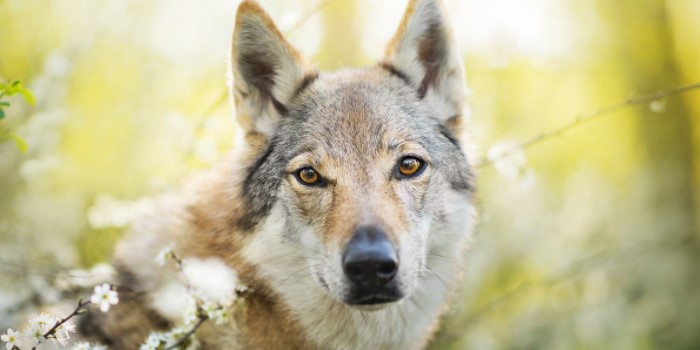 Ancestors from the Carpathians

In search of a fearless dog to secure their borders, Czechoslovakia began a very special “experiment” in 1955: the Carpathian wolf and the German Shepherd dog were crossed. This crossing should combine the best characteristics of the different animals. The result was not convincing because the four-legged friends were too shy and too aggressive as service dogs. Despite this, some enthusiasts began breeding unusual dogs.

In 1982 the Wolfhound was registered as a breed in Czechoslovakia; However, breeders had to wait until 1999 for official recognition by the international umbrella organization FCI (Fédération Cynologique Internationale).

The Czechoslovakian Wolfhound is still very similar to its ancestor, the Carpathian wolf, even if the last crossing of the wolf is decades ago. He is considered fearless, suspicious of strangers, and prone to stress: This shy four-legged friend does not like loud noises, crowds of people, and hectic at all. Unfamiliar situations also trigger uneasiness.

The Wolfhound, on the other hand, is loyal to its owner. With species-appropriate husbandry and occupation, he develops into a docile and reliable companion who will amaze you with his intelligence over and over again.

Training and keeping of the Czechoslovakian Wolfhound

The Wolfhound needs very careful training and socialization: if you want to choose this breed of dog, you should either have dog experience or acquire it.

The ideal relationship between owner and wolfhound is one of mutual respect: the animal is reluctant to submit; instead, it sees its caregiver as a partner. In order to build a trusting relationship with this strong-willed four-legged friend, you need a lot of patience, time, and a lot of tact. The help of a professional dog trainer can be very valuable. 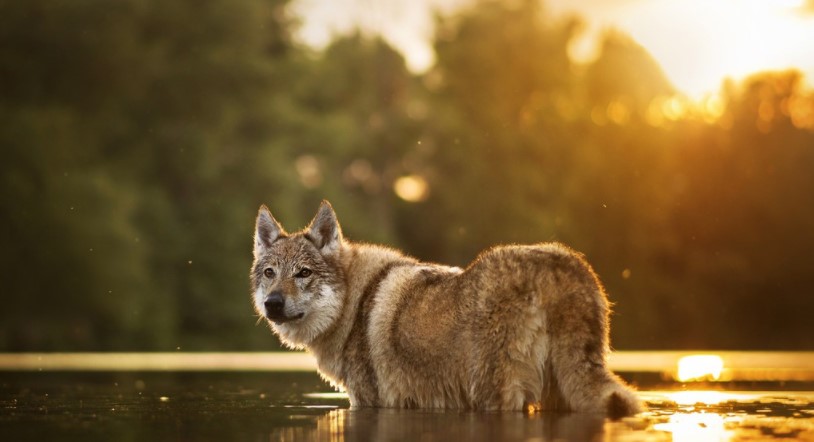 The Wolfhound is often very patient and loving towards children. However, as with all dogs, never leave your children alone with the animal. This breed is only suitable to a limited extent as a family dog ​​anyway, since households with small children, in particular, are noisy and hectic.

If the Wolfhound feels physically and mentally busy, he is a well-balanced fellow. He needs a lot of exercise and mental challenges: long hikes and bike rides are the greatest for him. His excellent nose is used for dog sports such as mantrailing or tracking. At best, he lives in a house with a large, fenced yard.

His hunting instinct and his pack behavior are very pronounced. The wolfhound does not always get along well with its own kind – in order to defuse dog encounters, it should be well socialized as a puppy.

Grooming of the Czechoslovakian wolfhound

You should brush their thick fur regularly, and daily during the molt.

Peculiarities of the Czechoslovakian Wolfhound

This breed should only be owned by those who can put a lot of time and effort into training a dog. The Czechoslovakian wolfhound is not a dog that just “runs along”: Even after puppyhood, it needs a lot of attention, guidance, exercise.