The horse is not a burden carrier by nature. Only in the course of its training as a riding horse does it develop carrying capacity. Correct riding is extremely important to prevent damage to the spine. 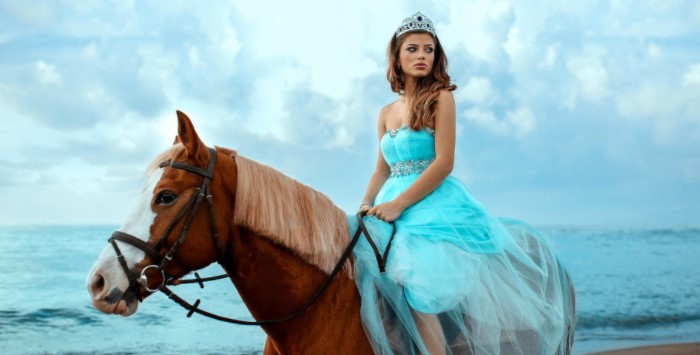 The novice rider does not give much thought to the movements of the horse. He can be carried on his back and has a lot to do with finding his balance. But once he has learned to sit independently and to influence the horse, sooner or later he will hear the sentence in a riding lesson or on a training course: “The horse must be ridden over the back!”

But what does this technical term mean and what does it mean? Similar to humans, the horse’s back is the center of the movement in the body and requires special attention. Because although the back of a horse looks so inviting and horses have been used as mounts for thousands of years, nature did not intend it that way: Horses are not built to carry loads due to their physique.

However, they can learn to carry a rider’s weight at all three gaits without suffering physical harm. Horses don’t know how to do this themselves. The aim of their training is therefore to train and ride them in such a way that they can carry people in a way that is easy on their backs and without restricting their movements.

To understand how this works, there is no getting around a bit of anatomy. First of all, imagine the skeleton of the horse as a suspension bridge construction: the front and rear legs form the two bridge pillars, with the movable spine “suspended” between them. If a rider sits on the spine of an untrained horse, then this bridge sags at first: the horse pushes its back downwards. If it is ridden like this for a long time, it will damage the spine.

The strongback muscles, which run in two long strands along the side of the spine, are only able to carry the rider’s weight to a limited extent. It is the link between the fore and hindquarters, runs horizontally in the body, and directs the power and energy from the hindquarters to the front. The longitudinally working back muscles are therefore not suitable for carrying the rider’s weight acting vertically from above. If they have to do it anyway, because the horse is not being ridden over the back, the tire becomes tense with prolonged exertion.

A cramped back musculature has a direct effect on the mobility of the legs and thus the gait of the horse. The movement no longer “flows” through his body. This results in incorrect posture: the horse raises its head or rolls it up and it shuffles or takes short, tied, often irregular steps. In the long term, this is harmful to the musculoskeletal system.

There is a risk of pathological changes in the joints and bones. The horse’s psyche also suffers when the rider can only carry it with pain. It then reacts with a series of defensive measures – for example, it is reluctant to be brushed and saddled, or it defends itself when riding by grinding its teeth, banging its head or tail, bucking, running away, or being extremely impulsive.

However, the horse is perfectly capable of supporting the heavyweight of the thorax and its internal organs, which “hang” below the spine and act like the rider’s weight from top to bottom. On the one hand, this enables the strong abdominal muscles and, on the other hand, the so-called «upper tension». The horse’s entire topline is connected by a strong, sinewy dorsal ligament that runs from the occiput through the neck to the spinous processes of the withers and back. If the horse lowers its head, as is the case, for example, in its natural feeding position, the neck cord is tensed and the spinous processes are pulled slightly forward.

This also tightens the back strap. The spine arches slightly and the “bridge construction” is stabilized firmly, but nonetheless elastically. Then one says that the horse “carries itself” or “it goes over the back” or the back “swings” in the movement. The horse steps under the center of gravity with active hindquarters move forward diligently and in time, the withers rise. The long back muscle can work freely and acts a bit like a trampoline, which gently absorbs and cushions the weight of the rider in the movement.

In a targeted manner the neck, back, and torso muscles build up and constantly improve the horse’s carrying capacity over the course of its training. The horse can not only carry itself but also the rider better and more gently. The young or untrained horse learns to arch its back under the rider in the stretched position. Even later in the training, the entire muscle system is optimally strengthened when the horse steps forwards and downwards “to the hand”. 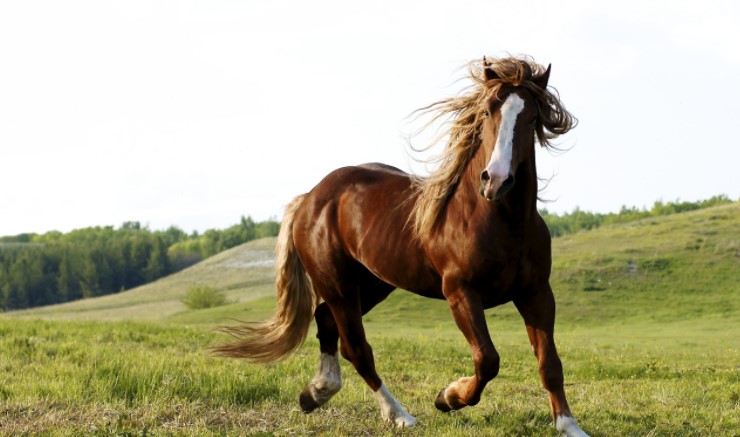 An interplay of stretching and resuming at a hard-working trot is effective because it trains the torso flexors and extensors well. Canter work in a light or relieving seat is also good for the abdominal muscles.

A horse that walks over the back looks “satisfied”, it is relaxed, relaxed, and breathing evenly. The neck hangs loosely from the withers and the tail swings with the movement. The four-legged friend is concentrated on the task and reacts sensitively to the help of its rider, who sits easily. Lessons and transitions – be it within the gaits or from one to the other – then succeed smoothly and effortlessly. Brisk rides off-road add variety to everyday training. Above all, riding uphill and downhill strengthens the muscles and the back optimally. Good results can also be achieved with pole work.

Riding correctly, horses not only become more efficient during their training but also more beautiful. They develop an even top line and muscles in the right places, which help them to perform their tasks under the rider with playful ease and to avoid harmful incorrect loads. If the horse is able to walk honestly over the back, its basic training is complete. Further support then begins with the sport horse. If you want to mainly go on nice, relaxed rides in the country with your four-legged friend, you don’t need to practice piaffes and passages. But his horse must also be able to move correctly over its back so that it can carry its rider without harm.