Absolutely exotic: The Savannah cat is a cross between the Serval and a domestic cat (preferably Egyptian Mau, Ocicat, or Oriental Shorthair). Through this crossbreeding, she has the hunting instinct and urges to move a wild cat, but at the same time, she is as affectionate and affectionate as our domestic house cats.

Contents hide
1 Origin and Breeding of the Savannah Cat
2 How to recognize the Savannah cat
3 Small exotics with a big heart: attitude and character

Origin and Breeding of the Savannah Cat 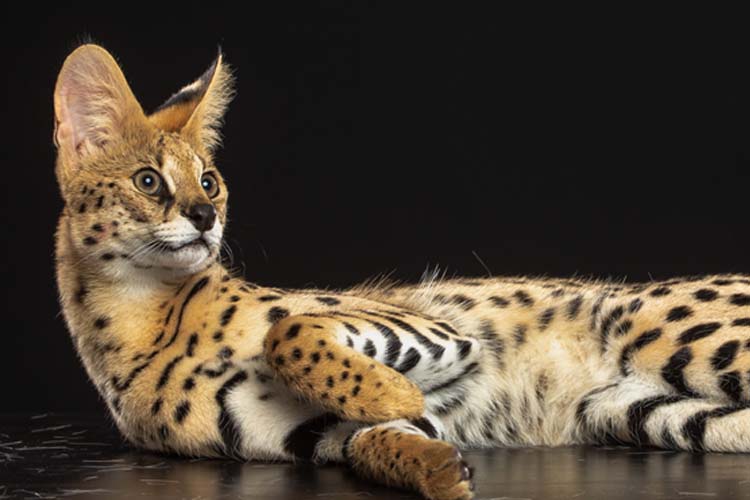 The first Savannah cat was created in 1980 by mating a serval and a Siamese cat. Considering the difference in size between the two animals, this was quite complicated, which is why it was to be a few years before the little savages could enjoy increasing popularity in the USA and Canada. While at the beginning of breeding only servals were bred with domestic cats in order to obtain Savannah cats of the first generation of offspring since 2007 it has also been possible to mate Savannah cats with one another. This is only possible from the fourth offspring generation, as the Savannah males are mostly sterile up to the third offspring generation. The offspring generation usually decides on the appearance, behavior, and price of the animals: the closer the animals are to the parent generation, the stronger the optical and behavioral similarities with the wild serval – and that often has its price. Therefore, a Savannah cat of the F1 generation, in which breed-typical characteristics are particularly pronounced, can cost up to 10,000 euros. By the way: Savannah cats are banned from entering Australia and New Zealand.

How to recognize the Savannah cat

The Savannah cat features a beige-brown coat covered in black spots and stripes. The regions around the mouth, chest, and abdomen may also be lighter in color. The tail is short, thin, and darkly striped. The body of the Savannah cat is elongated, muscular, and usually slender. It rests on long legs that have a lot of jumping power – the Savannah can jump up to two meters from a standing position! The ears sit high on the head and are relatively large compared to the head. When fully grown, the Savannah cat can reach a size of up to 45 cm and a length of up to 120 cm, making it one of the largest domestic cat breeds in the world.

Small exotics with a big heart: attitude and character

You can’t help noticing her wild origins: the Savannah cat needs a lot of exercise and mental challenges. Therefore, it cannot be kept purely as an indoor cat. Incidentally, in Germany, there is an obligation to register animals of the F1-F4 generation! Animals of the F1 generation are not allowed to go outside because they still have a strong hunting instinct and native wild populations are to be protected. Otherwise, official controls are carried out to ensure that there is sufficient freedom, for example through an enclosure, and heated interior space to enable the Savannah cats to be kept in a species-appropriate manner. They are also demanding when it comes to food: there should be a lot of fresh meat (BARF) on the menu to provide the little hunters with the best possible nutrients. 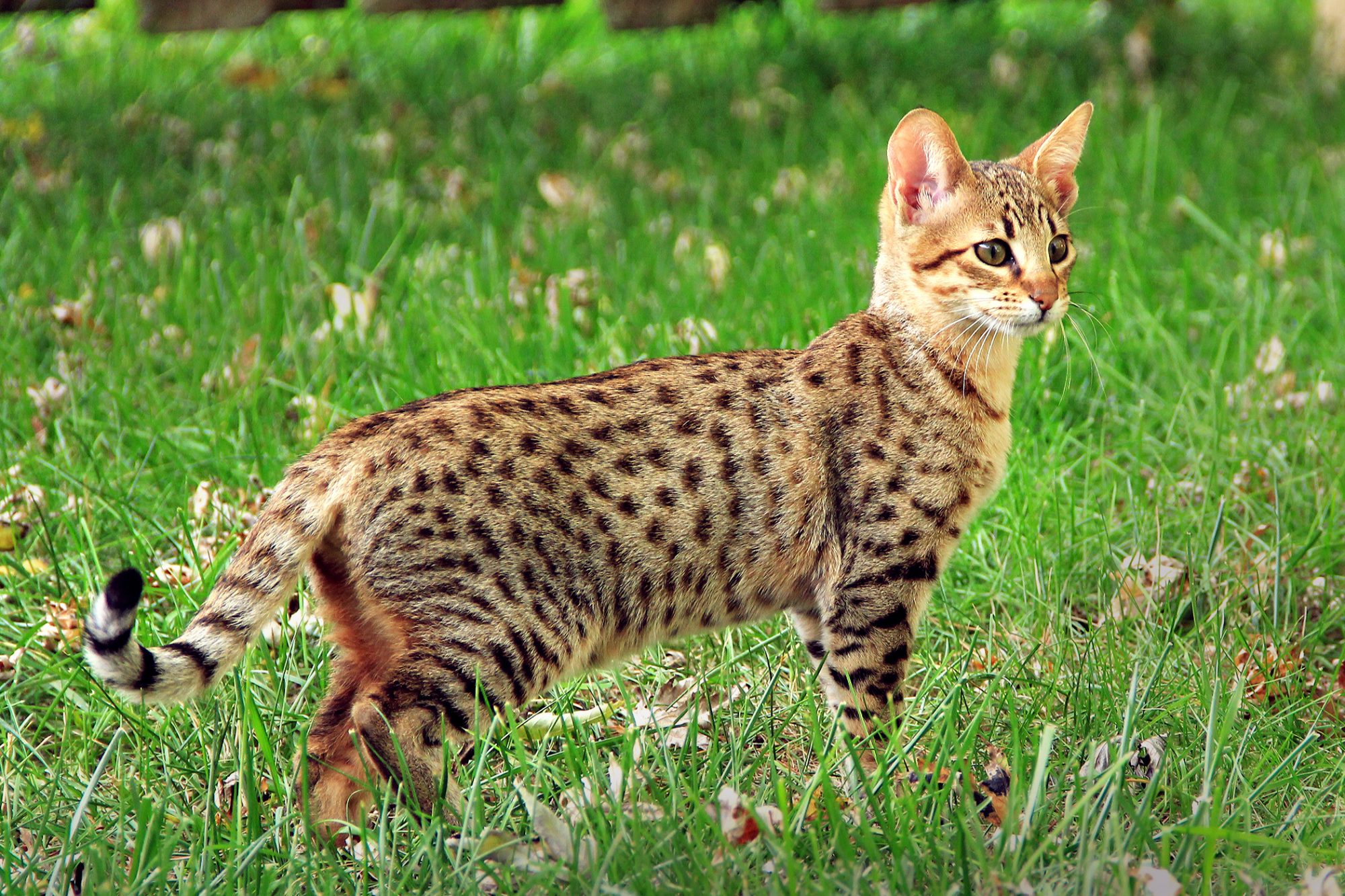 In terms of character, the Savannah cats inspire with their high play instinct, their lively nature, and their ability to learn quickly: Small tricks and creative games with treats are the right way to keep the Savannah cat physically and mentally on the go.