Snorkie – Mix of Miniature Schnauzer and Yorkie. Snorkie is a beautiful little dog with a big heart, courage, and spirit. These little puppies will steal your heart in seconds, and while designer dogs may not be among the most famous breeds on the market, their popularity has grown steadily over the past few years.

In this article, we’ll cover everything you can expect from a Snorkie – appearance, character, health, and how you can train them. 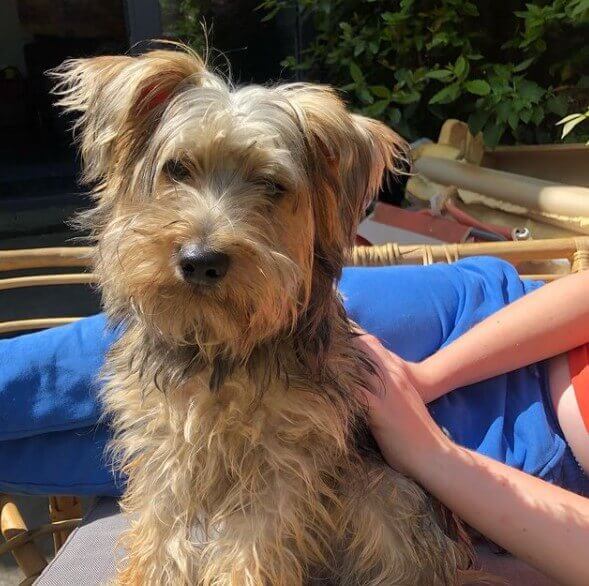 The Yorkshire Terrier usually weighs around 7 pounds and is 7 to 8 inches tall. The Miniature Schnauzer is slightly larger than a Yorkie, weighing between 11 and 20 pounds.

Knowing this, you can safely assume that Snorkie puppies will be within parental size limits. But some puppies can be as small as Yorkies or as large as Miniature Schnauzer. There can be big differences between puppies in the same litter! But they are unlikely to reach 25 pounds.

The biggest difference between Yorkies and Schnauzers is their coat. Yorkies have a long, silky coat with a split in the middle. They have a short muzzle and very dark eyes. The Mini Schnauzer’s coat is very different in that it is rough, coarse, and much shorter than that of Yorkies. Their muzzles are also long and angular. Their eyes also have a wider range, but can be much lighter than Yorkies.

Since designer dogs are unpredictable in appearance, a Snorkie puppy can be the colors and textures of its parents or even anything in between. 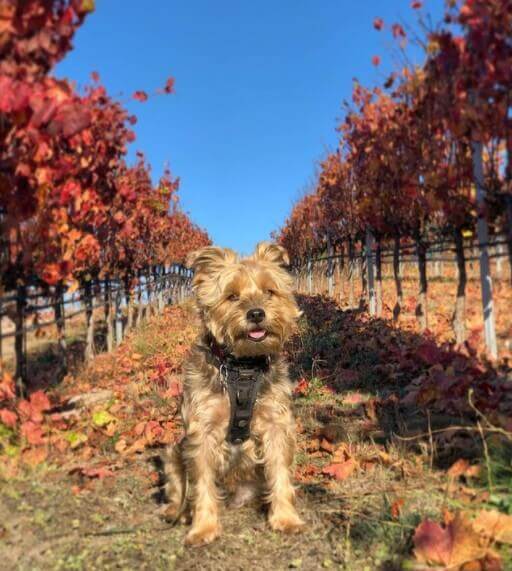 Yorkshire Terriers consider themselves the owners of the house while experiencing the most tender feelings for their owner and needing his attention. Like all terriers, they are very energetic, hardy, and have a good reaction. Yorkies are very brave dogs, ready to defend their home and owner without hesitation.

Mini Schnauzers have been compared to Yorkies in the sense that they are brave and ferocious when they or their family members are in danger. Sentinel qualities in a miniature schnauzer are manifested from puppyhood. The courage and dedication of an adult dog know no bounds, and she copes with the role of the protector of the house and its owners perfectly. A trained dog always acts according to plan: first, it warns the intruder with a formidable growl and deafening bark, and if this does not work, it will probably leave its own trademark on the enemy’s calf – an impressive bite mark.

Although both parent breeds are brave, neither is aggressive. Thus, Snorkies are usually friendly dogs that get along well with others. 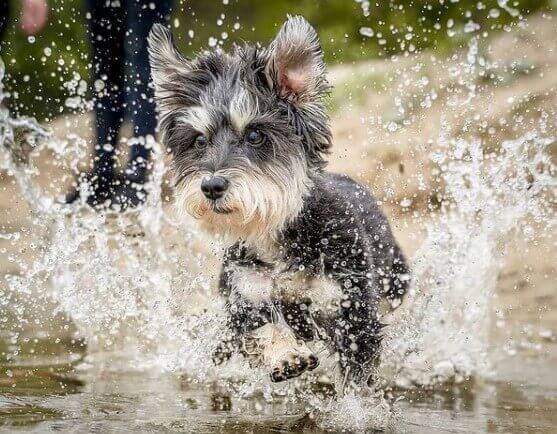 In terms of training, Snorkie can be quite unpredictable. But with the right upbringing, Snorkie will never show unreasonable aggression, and the owner’s commands, including those given with the help of gestures, will be remembered for a lifetime. While being persistent and strict in training your dog, keep in mind that it is imperative for the Snorkie to constantly feel love and attention. If deprived of them, he can easily break out of control. To get the best possible behavior from Snorkie, you need to constantly train using positive reinforcement techniques.

Difficulties in teaching the Snorkie to commands and order arise from the stubborn, independent character and restlessness that came from the Yorkshire Terrier, so training should be short-lived, and the dog should be rewarded for the success. 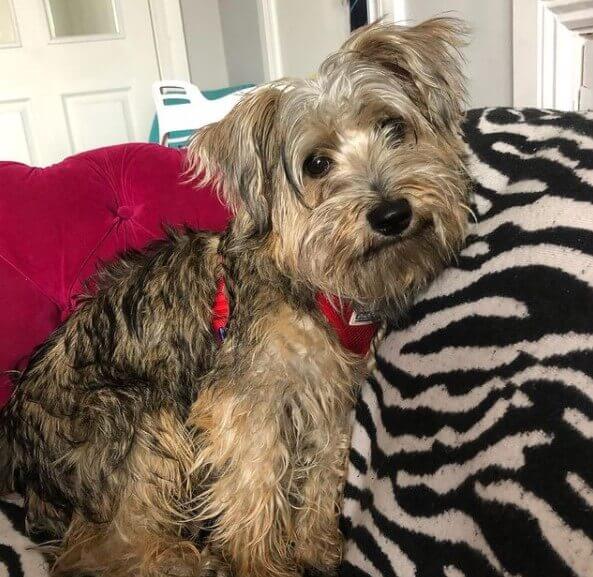 Both Yorkies and Miniature Schnauzers require special care due to their long coats. The puppy’s fur coat needs to be cleaned several times a week. Snorkie owners usually bathe their dog once a month or two, however, this will depend on the dog and whether it inherits more traits from its father or mother. Yorkies may need to be bathed weekly, while a robust Schnauzer may not bathe for months. It is convenient to wash the dog in the bathroom using a shower, placing it on a rubber mat. The optimum water temperature is 38-39 ° C.

The nails are usually trimmed three times a month, the ears are cleaned 2-3 times a week, and the eyes are cleaned of deposits daily.

Also, additional brushing may be required after the walk (if you choose not to trim your dog). With a lack of activity, it can gain a lot of weight. 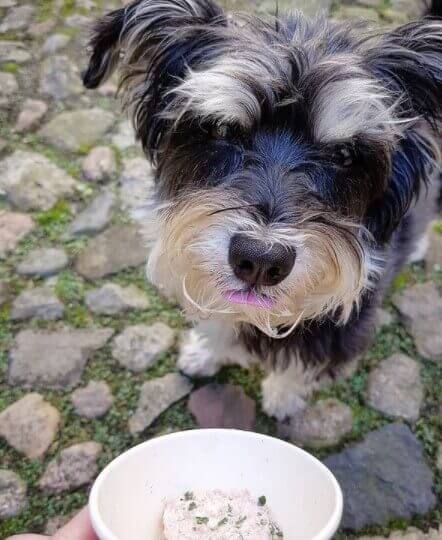 The basis of natural nutrition should be meat – chicken, beef (including offal, soft raw bones, for example, chicken necks), as well as rice and oatmeal porridge with vegetables. Weekly, the dog should be given boiled sea fish, low-fat fermented milk products, yolk, non-exotic seasonal fruits.

Sweets, smoked meats, spicy dishes from the master’s table should be excluded from the dog’s diet. 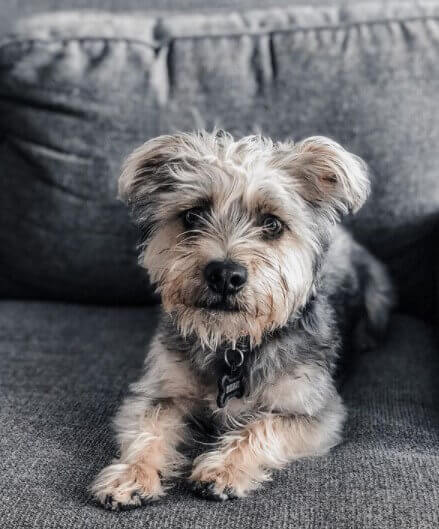 Yorkshire Terriers and Miniature Schnauzers are purebred dogs, inevitably making them more than average prone to some hereditary diseases. Some of these diseases can be transmitted to Snorkie puppies.

These diagnoses can also appear to one degree or another in Snorkie.

Keep in mind that designer breeds can often be unpredictable in their health problems, just like any other trait they may inherit.
A good breeder needs to know the medical history of the parents and grandparents of their puppies, so you at least have an idea of ​​what diseases can be transmitted. 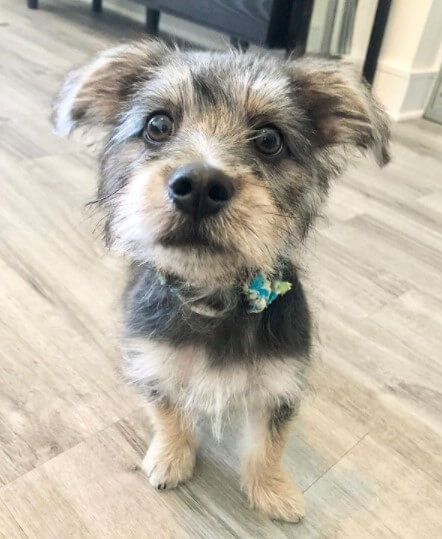 The Snorkie is an excellent designer breed that will not upset its owner with stubbornness: it is a very obedient and easily trained dog.

This hybrid breed can easily be called a family one: the puppy gets along well with the kids. Snorkie is quite self-sufficient, but still should not be left alone for long. It is an active and energetic animal that requires daily walks. It is important to educate and train Snorkie – and then he will become an endlessly loving and well-mannered pet.