The Tamaskan is a still very young breed of dog that was developed as a replica breed: This dog should come as close as possible to the external appearance of a wolf. However, his nature has less in common with his wild ancestors: Tamaskans are very friendly and well-balanced family dogs. They need their people around them and are both active and enthusiastic about working. They are therefore also suitable as sled dogs, pack dogs, and tracking dogs.

Tamaskan – the “mighty wolf” from Finland

The history of the Tamaskan – whose name means “mighty wolf” – begins in the USA. From there, sled dogs were imported to England in the 1980s, where they were crossed with Siberian huskies, German shepherds, Canadian Eskimo dogs, and similar breeds. The offspring were exported to Finland and bred there. The goal was a domestic dog with all its positive characteristics, but one that comes as close as possible to the wolf on the outside – a so-called copy breeding.

After a few years of various crossbreeding attempts, the puppies began to have health problems. As a result, the association “IG Tamaskan” (interest group Tamaskan) was founded, which made it its task to help breeders to achieve healthy breeding. The result is the wolf-like Tamaskan in its current appearance: a scissor bite, where the teeth run together like a wolf, and the characteristic wolf mask is mandatory, as is a black nose and yellowish, amber, or brown eyes. The Tamaskan has not yet been recognized by the cynological umbrella organization FCI (Fédération Cynologique Internationale).

The Tamaskan dog breed is still very young, so not all breed characteristics have been established. In general, however, the Tamaskan is considered friendly, balanced, and loyal. He doesn’t like being alone, he prefers to spend time with his owners. Since he is also intelligent, willing to learn and work as well as obedient, he is suitable as a sled dog, pack dog, and tracking dog. These activities also adequately utilize the large, agile dogs. If the Tamaskan is not given adequate exercise and exercise, it can result in attempted escapes and destructive behavior. By the way, the Tamaskan is not suitable as a guard dog, it is too friendly to strangers for that.

Training of the Tamaskan

The Tamaskan is a pack animal and feels happiest when it lives with at least one other member of its species. He doesn’t get bored that easily either. It is just as important for the dog that you give it a lot of attention because you also belong to its pack. 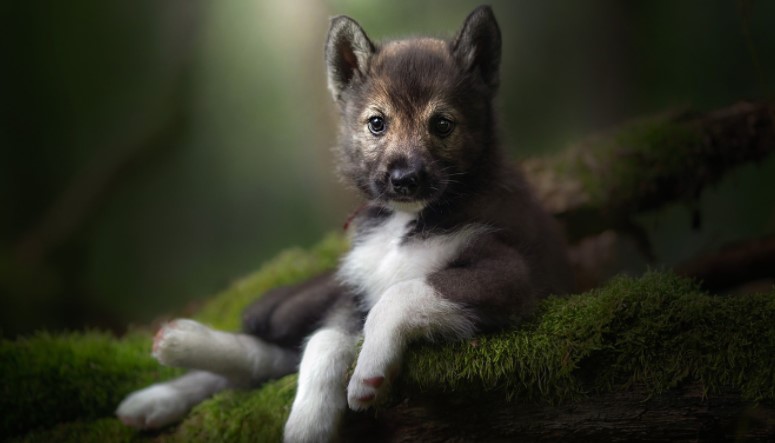 Tamaskans generally get along well with children and other pets. However, you should still train and socialize your dog early on. Then your Tamaskan will develop into a great family and companion dog. You can also control the slight hunting instinct of this breed with gentle but consistent training, so you don’t have to worry if you let your dog run off a leash. Because the mighty wolf needs to run free, a lot of exercise in the open air is one of its main needs. Therefore, it can only be kept in the apartment with sufficient mental and physical activity and plenty of exercises. If you like to be out in nature yourself, want to do a lot with your dog and also have a garden, this is a great advantage. consider

Care and health of the Tamaskan

Tamaskane is a low-maintenance dog. Weekly brushing is sufficient outside of the molting times.
There are currently very few breeders in Germany, so long waiting times are possible.

Make sure to only contact reputable, recognized breed organizations. Tamaskans have a hereditary predisposition to hip dysplasia and breeders must have the parent animals screened and x-rayed for this condition before allowing them to breed. In addition, a genetic test is carried out to rule out further hereditary diseases. A condition of cryptorchidism, in which one testicle remains in the groin or abdominal cavity, sometimes occurs in Tamaskan. Cryptorchidism is the highest risk factor for developing a testicular tumor. In most cases, treatment is castration. The average life expectancy of dogs of this breed is 14 years.