The Spanish Water Dog is a must on a family pet shortlist. He has everything that makes a perfect companion: not too big and not too small, easy to care for and does not shed, easy to train, friendly, fond of children, and always in a good mood. There is simply nothing that speaks against the likable curly dog ​​- apart from the waiting lists with reputable breeders. Patience pays off! 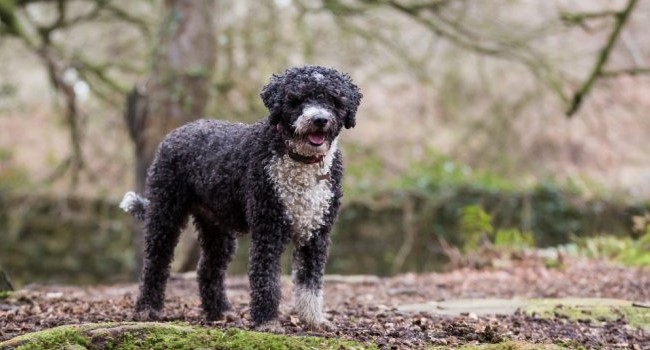 The Perro de Agua Espanol, as the Spanish water dog is called, is an old Spanish dog breed whose exact origins are unclear. Some historians suspect that his ancestors lived in what is now Spain in Roman times. The water dogs have taken on many tasks over the centuries: be it herding sheep, retrieving hunted game from the water, or guarding the farms. To this day, the breed is equally characterized by its love of water and children. In recent decades, the friendly Wuschel has developed into a sought-after family dog.

The four-legged jack of all trades loves swimming, long walks, wild games with other dogs and his people, and interesting and varied work for head and nose. The highly intelligent animal has a friendly, curious nature and can be enthusiastic about just about anything – the main thing is that he can be there and spend time with his people. The Perro de Agua Espanol is considered docile and playful. No wonder he‘s easy to train, to lead in everyday life, and to integrate into a family. However, he brings a good portion of energy with him. It can sometimes “overflow”, which is expressed by disobedience to the two-legged commander. Well socialized and kept busy, the Spanish water dog is a cozy sofa dog at home who likes nothing better than being lovingly scratched and cuddled. As cuddly as the little fuzzy dog ​​looks – the Spanish water dog is a working animal that has been used as a herding and retriever dog for many centuries. He needs a real job and is not satisfied with a long walk a day in the long run. In the best case, you look for a common dog sport such as frisbee, lunging, agility, or dog dancing. Thanks to its versatility and a rather moderate hunting and herding instinct, the robust Spaniard is often seen as a companion dog on a bicycle or horse. You will make your water dog particularly happy if he is allowed to go swimming regularly. Retrieval and search games on and in the water correspond to his nature and improve your bond with each other.

Grooming of the Spanish Water Dog

The Spanish Water Dog’s coat has been selected for outdoor living. It perfectly protects him from moisture, cold, and even overheating. The coarse curls, which twist together, should be regularly cleaned of burs, sticks, and other debris and plucked apart. Also, check his ears. The hair otherwise forms a tight knot there and thus promotes ear infections.

There are some hereditary eye and joint disorders that are more common in Perro de Agua Espanol. When buying, make sure that the parent animals have been tested for it. A healthy, well-cared for Spanish Water Dog will live up to 14 years.