We just can’t get out of our skin. And so in some situations, we react to the dog as we would to a human. But the dog can draw other conclusions from our behavior. And subconsciously we train our dog in bad manners or other things that we actually want to avoid. Dog owners should therefore not make these mistakes: 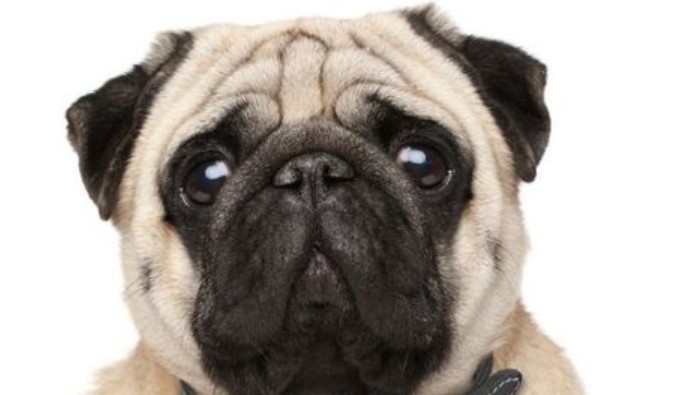 Yes, you can get angry: you call your dog once, twice, three times, but he just doesn’t come. Everything around him seems more exciting than us. For example the other dogs in the meadow. And then he also has important jobs to do. For example, to mark the tree at the very back, to briefly inform the other dog who comes with his master on his bike and of course to sniff the grass extensively and devotedly, after all, you have to update yourself briefly and know who is already today was visiting on the meadow. But at some point, even the most unruly dog ​​can no longer ignore the louder and more annoying calls. Slowly he trots to his human. What you should absolutely avoid now is to scold or punish the dog. Because unfortunately, you can’t explain to him why you’re angry at the moment. He will only understand: My person calls, I come to him and he scolds. As a result, his motivation to come running when he is called decreases. There could be trouble.

It is better to swallow the anger at the moment and later practice calling it up with the dog. Best in situations where the dog is not too distracted. If he comes along well, you can reward him with a dog treat – and most dogs understand this language very well.

Use the reward at the wrong moment

Dogs should be rewarded for correct behavior. The reward can, for example, be a treat or an extra portion of petting and care. In this way, the dog learns which behavior is desired. Therefore, a reward should never be used as a distraction. It is fatal to give the dog a “distraction treat” when it yaps because another dog is walking by on the other side of the street. The dog will learn: “I barked at the dog and got a treat for it. Conclusion: My people like it when I bark at other dogs. ”

Stoke fears in the dog

The same applies, in situations in which he is afraid, not to give the dog a lot of attention and extra care, and to petting his fear and insecurity. So when he hardly knows what to do with himself during a thunderstorm or New Year’s Eve bang, stay calm, radiate security and offer him a quiet place. Many dogs like “caves” in which they can hide. These can be built from pillows, for example.

Let the dog jump up on people

For some dog owners, it may be a sign of ample joy when their own dog jumps up to greet them. At the latest, when he does it with his girlfriend, who is so terribly afraid of dogs or ruins evening dress for the planned opera visit with muddy paws from a walk, it is no longer so funny. A dog cannot distinguish in which situations or with which people it is okay to jump and which are not. For him, there are only 1 and 0. So better not let the dog jump on people. Consistency and clear cease-and-desist commands such as “No” can be the solution here.

Saying goodbye to your dog emotionally

Many dog owners tend to treat dogs like humans. Ergo the dog is said goodbye before the house is left. And the greater the guilty conscience about leaving the dog alone, the more emotional the farewell will be. Often the dog is then regretted, but at the same time confirmed to him that he does not have to be alone for long. Dogs sense these sentimentalities and could deduce that the coming situation is terrible. They learn: staying alone is terrible. Possibly the master or mistress will NEVER come back! (With the hoopla they made when they said goodbye.)

It is, therefore, better to leave your house or apartment without saying goodbye. In this way, the dog can learn that it is completely normal for a master or mistress to leave the house. (You are coming again.)

Exuberant welcome when you come home

The same applies when you come home. It doesn’t matter if it’s 5 minutes or 3 hours alone, most dogs are overjoyed when their humans come home. But here, too, the following applies: greet briefly and calmly and go straight to the agenda. Otherwise, he will deduce here too how awful it was to be left alone.

Give in to the dog when begging

Big eyes, longing dog look at the table. And he should have it good too. So one or the other piece of meat ends up in the dog’s throat. But giving in once means that the dog experiences that he can get away with his scam. He will beg for more food at the table. And who wants the greedy looks and drool threads at the table?

Better not to start at all. Not even once. The dog has to be in its assigned place while people eat. And when they have finished eating, a delicacy can of course end up in the dog’s bowl.

“Teach” the dog to bark when the doorbell rings

You should practice ringing the doorbell with stubborn and especially barking dogs: as soon as the doorbell rings, they are sent to their place where they have to wait until they are allowed to get up. The barking is stopped by a short and specific command such as “Off”. If the dog is quiet, he receives a reward.

Yell at the dog when it barks

When we are doing bell training: Another mistake that is often made is to talk to the dog a lot or to speak to him very loudly (screaming) during the increase that he should not bark. However, the dog does not understand the real problem. In his world, he barks and his people join in, they also make a lot of noise. That pleases him and as a result, he will bark even more fervently.

It is better to practice clear commands with the dog, such as “Off”. It’s okay if the dog hits for a moment. But he has to stop barking again when given a short command. That can then be rewarded accordingly.

Press the dog’s snout into his mishap

In fact, even today you can still read in some puppy education guides about pushing the dog into his accident with his nose in order to train him to be house-trained. Please don’t do it under any circumstances. That can upset the dog. He must first learn in which places he can relieve himself and in which places it is not appropriate. Scolding loudly is also a type of attentiveness that could be misinterpreted by the dog, namely as confirmation of its behavior.

Better to wipe away the accident wordlessly and, in particular, often offer puppies the opportunity for relief.