Rabbits come in a variety of coat lengths, colors, sizes, and hair textures. We introduce you to five of the most popular rabbit breeds.

Future rabbit owners can choose between rabbit breeds with short, normal, and long fur, as well as between large (up to 11.5 kg), medium (up to 5.5 kg), and small rabbit breeds or even dwarf breeds. The latter fall into the category of dwarf rabbits and are the most common in German households. You can find out what distinguishes these five popular rabbit breeds in the following short portraits.

The most popular rabbit breeds include: 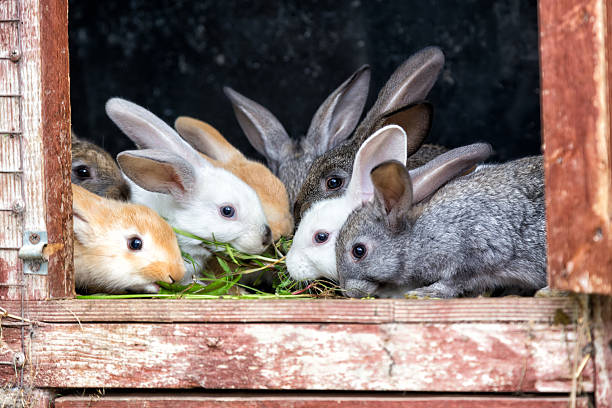 Angora rabbits are not only one of the most popular rabbit breeds but also one of the oldest. The long-haired rabbits were bred as early as the 16th century, primarily as a source of wool.

Angora rabbits are medium-sized rabbits and weigh around 3.5 kilograms. The dwarf variant, the dwarf angora, is also becoming increasingly popular. Angora rabbits have very long, fluffy, and soft fur. Other striking features in appearance are the ear and forehead tufts and the whiskers. Angora rabbit grooming is relatively time-consuming:

The fur grows relatively quickly and should be clipped about every three months.
The coat should be combed several times a week. This is the only way to avoid matting the fur and removing loose fur because swallowing fur causes digestive problems in Angora rabbits.
Careful hygiene in the enclosure must be ensured to avoid parasite infestation.
With good care and housing appropriate to the species, Angora rabbits can live to be eight to ten years old.

What makes the Angora rabbit one of the most popular rabbit breeds is its particularly gentle and calm nature.

Color dwarfs are also among the most popular rabbit breeds. This is mainly due to their looks. What clearly distinguishes the colored dwarfs from other rabbit breeds is the relationship between body, head, and ears:

All in all, these features give the colored dwarf a particularly cute appearance. Color dwarfs are also available in a wide variety of color variants, 50 color varieties are recognized.

However, this popular rabbit breed often suffers from misaligned teeth. This is due to overbreeding: due to the strongly rounded head, the upper jaw is shortened, the lower incisors stand in front of the upper ones. This hinders tooth abrasion. The vet will then help. If this is neglected, the colored dwarf will no longer be able to eat. However, if colored dwarfs are well cared for and kept in a species-appropriate manner, they can even live up to 15 years.

The lionhead rabbit is still a very young breed of rabbit, but it is becoming increasingly popular.

Lionhead rabbits have short, soft fur, but have a distinctive mane around their necks, which has given them their name. The lion’s mane can grow up to 10 cm long but does not require intensive care.

Your rabbit needs this to be happy

Even if a rabbit is one of the smaller pets, it still needs a lot of accessories. To ensure that your rabbit feels comfortable in its new home, you will find particularly popular products here:

Rex rabbits are also among the five most popular rabbit breeds. They are available in numerous colors and designs. The fur of the Rex rabbit is characterized by a particularly soft, velvety hair structure. It is dense and very short at 14 to 17 mm.

Rex rabbits are a medium-sized rabbit breed and can weigh up to 3.5 kilograms. With the dwarf Rex, the Rex rabbit has also been available as a dwarf breed in various colors and coat patterns since the 1980s. The rex rabbit has a slightly elongated body and an elongated head, while the pygmy rex is more like the colored dwarf with its stocky body.

Last but not least, its affectionate and at the same time temperamental nature makes the Rex rabbit an extremely popular rabbit breed.

Due to its appearance and nature, the dwarf ram is one of the most popular rabbit breeds. Particularly characteristic of the dwarf ram are its 22 to 28 cm long, drooping ears, and distinctive, broad-foreheaded head.

Although the dwarf ram belongs to the dwarf breeds, it is slightly larger than other dwarf rabbits, weighing up to two kilograms. Due to its calm, frugal character, the dwarf ram is popular with children. 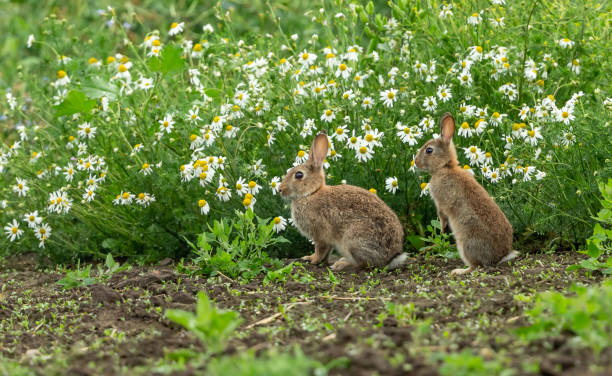