Your dog is basically plucking her own bed. Just make sure it’s warm (about 22 degrees Celsius), dry and quiet so she can give birth to her puppies in peace.

Bitches are in heat about every six months. The male will be allowed to mount you as soon as you notice a bloody discharge.

After the male ejaculates quite quickly, the couple remains attached to each other for about 20 minutes. Not for the sake of cuddling, but because evolution has come up with something very special here: For anatomical reasons, the penis of the male dog cannot be separated from the female, which means that it is guaranteed that the sperm can make their way before they can another male gets his chance to reproduce.

If mating was undesirable to you, you should respond within 6 to 16 days by seeing a veterinarian and having your bitch injected with hormones. Two injections 24 hours apart are necessary to prevent the pregnancy from progressing. As part of the treatment control, an ultrasound will be performed and, if necessary, another injection will be given. But at this point, I would like to point out immediately that you could have avoided pregnancy simply by castration. But opinions differ here and it would be too complex to go into detail. 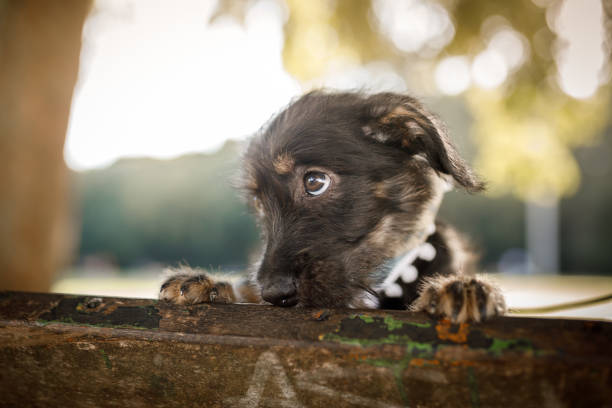 There are no general impairments. You should trust your bitch’s instincts, who are sure to feel best whether they can romp or not. But as before, you should also ensure exercise and exercise. After all, your dog is not sick. If your dog has had problems with constipation in the last few weeks, add a few drops of cooking oil to her food to regulate it.

Your dog is basically plucking her own bed. Just make sure it’s warm (about 22 degrees Celsius), dry and quiet so she can give birth to her puppies in peace. 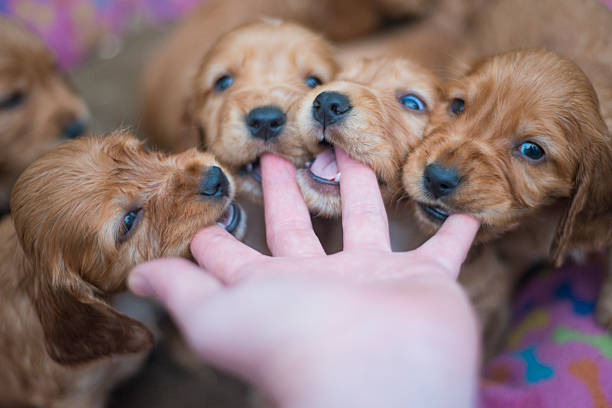 Avoid too much well-intentioned preparation like blankets. You can provide a box that you can decorate with a newspaper. The crate should be high enough for the puppies not to fall out, but low enough for your dog to climb out. Ideally, your vet will have another look at your pregnant dog a week before her due date. In difficult cases, as is often the case with pregnant Chihuahuas, a cesarean section may be necessary.

The first puppies should see the light of day 2 hours after the first pressing, which you can tell from spontaneous bowel movements and the secretion of reddish discharge. If this is not the case, you should inform the veterinarian by telephone. Your bitch decides independently whether to eat and drink during the birth process. Birth is often accompanied by your dog being nervous, constantly running around, and indecisive as to where to lie. This can last up to 2 days in total.

Puppies often come with the hind legs first, your dog will probably lick away the ruptured amniotic sac herself. If the puppy still has the water on its face, you can wipe it to clear its nose, but this will most likely be done by your new puppy’s mom, as well as cleaning up the afterbirth. You definitely don’t have to sit next to your dog all the time and anxiously watch every process. Quiet is important for the mother-to-be, checking every two hours to see if everything is okay should be enough.