The West Highland White Terrier is a very funny, cheerful, and cheerful breed. They are also abbreviated-affectionately called – the dog “lead”. These dogs are always happy to play, they love to fool around and have fun, and they do not need a company for this. An animal may well find something to do on its own, if it has a toy, a stick, a plastic bottle – in principle, it doesn’t matter what. Even soft toys are fine.

The History of the Breed 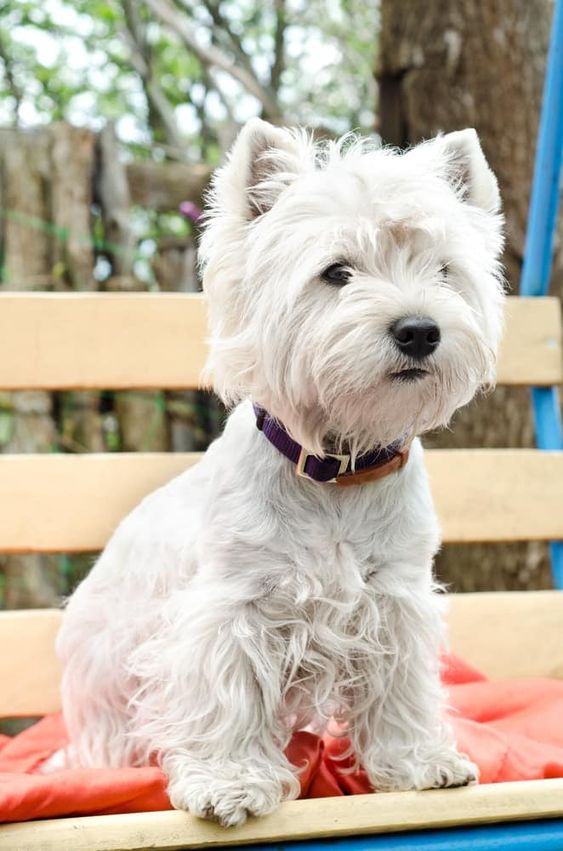 The West Highland White Terrier was born in Scotland – the inhabitants of this beautiful mountainous country appreciated these small dogs, firstly, for their ability to catch rats, badgers, foxes, and otters, and secondly, for their cheerful, cheerful disposition. Catching rodents in barns and storerooms was very important since the life of a family in winter depending on the quality and quantity of food. The West Highland White Terrier has the same roots as the Dandy Dinmont Terrier, Skye Terrier, Scotch Terrier, and Cairn Terriers – all considered to be different branches of the same breed.

The earliest evidence for the emergence of the West Highland White Terrier breed dates back to the 16th century when James I of the Scrimjour clan gave one such dog to the King of France. Moreover, in those distant times, the breed did not have a pure white coat color, and the dogs could be of different shades. However, there is a legend that tells why of all the colors only white remained.

One day, Colonel Malcolm from the town of Poltalloh was hunting and saw a fox hiding behind a pyramid of stones. He fired and killed the animal. However, coming closer, the colonel saw that it was not a fox at all, but his dog – since then, the West Highland Terrier also acquired the word white in the name of the breed.

Since Colonel Malcolm, being an enthusiastic and influential breeder, undertook to eradicate other colors of the breed, so that in the future such cases could not happen in principle. After all, a snow-white dog cannot be confused with either a fox or a badger. The West Highland White Terrier was recognized by the Kennel Club of England under its current name in 1906. Previously, he was also known as the Poltalloh Terrier and the Pink Terrier. 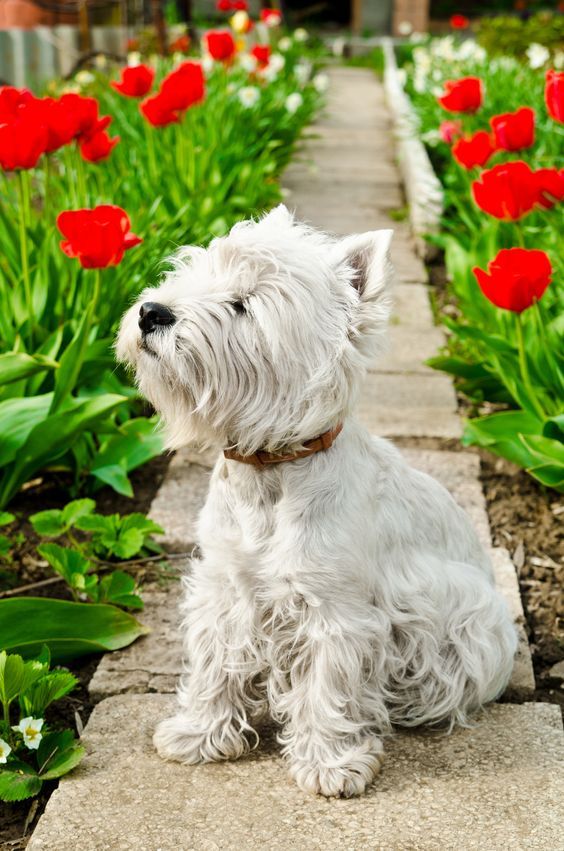 The West Highland White Terrier is a small dog with a strong build, sometimes prone to corpulence. The head is round, the muzzle is short, with a magnificent mustache, ears are erect, triangular, small. The limbs are medium, the tail is medium. The wool is wavy, white. 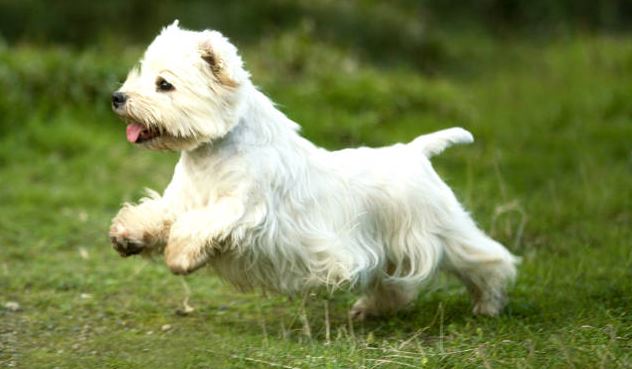 The West Highland White Terrier is a very funny, cheerful, and cheerful breed. They are also abbreviated-affectionately called – “lead” dog. These dogs are always happy to play, they love to fool around and have fun, and they do not need a company for this. An animal may well find something to do on its own if it has a toy, a stick, a plastic bottle – in principle, it doesn’t matter what. Even soft toys are fine.

Therefore, it is better to put soft toys in such a place that the dog does not get to them. Better yet, select a few soft toys, and be prepared for the fact that she will tear them to pieces with a contented look – the hunting past affects. The lead breed loves walking and has a lot of energy, and therefore you need to pay attention to active play.

This small terrier can be very self-confident, despite its modest size, be bold, and have its own opinion regarding your wishes or commands. His playful disposition can sometimes be cocky when it comes to other dogs on a walk or people he doesn’t like for some reason.

In order to make the character more harmonious, proper education and early socialization are required, like most other dog breeds. Basically, cocky towards other dogs manifests itself as same-sex aggression, but negative attitudes toward strangers are rare but possible. If these are family friends who have come to visit you, most likely the dog will try to make friends with them, react positively and try to play.

The West Highland White Terrier breed is good for children, in large part because it sees them as like-minded people in terms of play. These dogs are always happy to play and generally have fun and will go with you to the ends of the world, exploring everything around you with curiosity. They are in awe of adventure, new places, people, walking in the park, or going on a visit. They are affectionate towards their family members, but sometimes their self-confidence can be a problem. For example, when a dog at all costs wants to sleep with you in the same bed, and can not even imagine that you are against it. 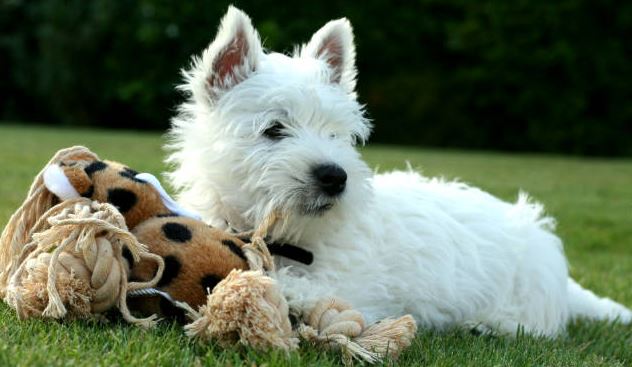 Training can be difficult due to the dog’s assertive, self-confident nature. Especially makes them stubborn and willing to deal with rough treatment, injustice, and boring, monotonous, long-term occupations, when the owner himself does not show flexibility and does not know how to find an approach to the animal.

That is, you have to be a consistent and assertive owner who knows what he wants and knows how to achieve his goal, but at the same time maintain adequacy, not be nervous and have patience. Plus, you can’t do without a sense of humor with this breed. They need to be taught basic commands, focus on undoing commands, and constantly monitor their behavior in order to form the right character and thereby save themselves from a lot of unnecessary problems.

As we said above, first of all, you will need to deal with a self-confident and sometimes even too arrogant character. Classes do not need to be made too long, alternate them with game tasks into which you can weave commands. The West Highland White Terrier is a wavy-coated dog that needs to be brushed 3 times a week. And maybe haircuts. These animals need not only to be combed out but also to comb, sorting out tangled areas with your fingers. You need to bathe your dog at least once a week, but more often, since, most likely, it will be in close contact with you and your children, and, perhaps, even sleep in the same bed. The claws are sheared 3 times a month, the eyes are cleaned daily, the ears are cleaned 3 times a week. 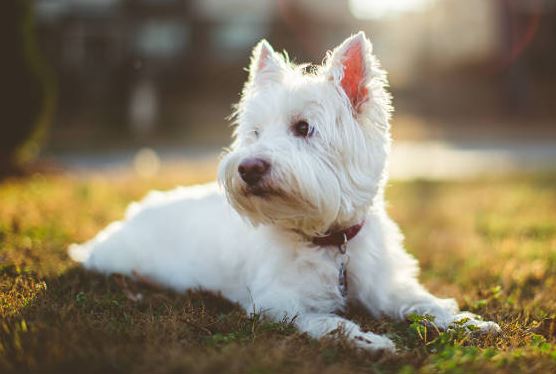 The breed of lead has health problems, although, do not think that having bought a dog, all these sores will fall like snow on your head – not at all. But some of them can indeed appear:

Prevention: There is no cure to date and the prognosis is always negative, so prevention is critical. Preventing any respiratory infections, limiting exercise, and maintaining a healthy weight (or weight loss for overweight dogs) is key. The condition is sometimes treated by keeping the home cool and using bronchial dilators. Treatment is more successful if the disease is diagnosed early before the scars get out of control;