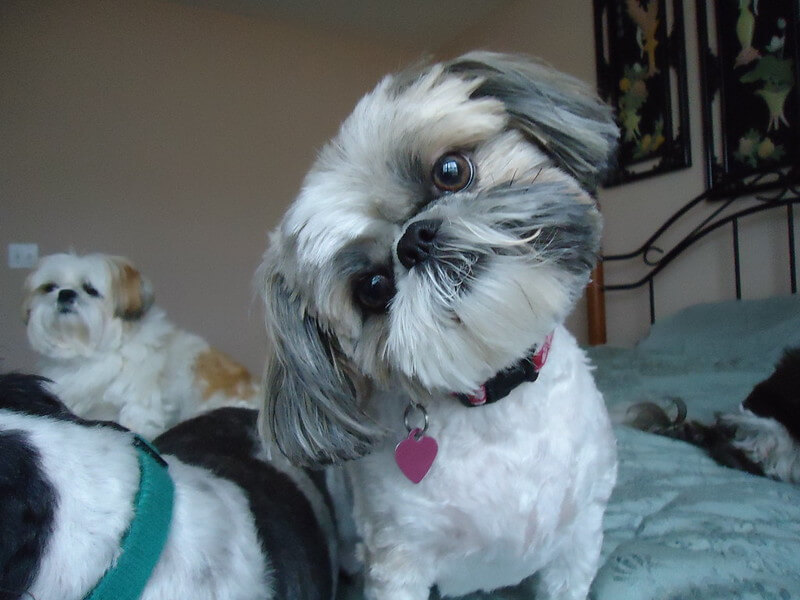 There’s something adorable with a dog that tilts its head, especially while a human is talking to it. You see this scene in movies and in animated cartoons. And you see this in real life. Probably this is how your dog reacts whenever you speak to it.

It’s also funny how your dog knows to do that when you ask questions like, “Who’s been good today? Or when you ask, “Do you want to go out with me?” The head will tilt and you’re just so hooked. Even when what you said was, “Now, who’s really been a bad pet today?”

But why does a dog do this? And when? If you’ve wondered about these yourself, then this article is for you. Here we talk about the why and the when. So read on to get some insight into this amusing habit of your pet.

When Does a Dog Tilt Its Head?

Dogs tilt their heads in different scenarios. Some are:

Why Does Your Dog Tilt Its Head?

Animal doctors and behaviorists have yet to pinpoint the accurate reasons why a dog tilts its head, especially during a “conversation” with their humans. But here are some common and logical reasons we can consider.

1. Your pup tilts its head out of curiosity. When you talk to your dog and arouse its curiosity, it might tilt its head as it observes your language and your movements.

3. Your pup tilts its head as a means of communicating with you. Some theorize that your dog tilts its head during a “conversation” to interact with you or as an attempt to understand and respond to you.

4. Another theory that behaviorists present is that a dog tilts its head for better focusing. In conversation, your furry pet tilts its head to give a better look at you. It’s concentrating on its owner and on what the owner is saying through words and through body language. At other times, it may be outdoors (or even indoors) and something will catch its attention. It may then start tilting its head to the side. Your dog does this to get its nose out of the way and to better get a visual onto the object of his curiosity.

We should also mention that dogs can pick off sounds at great distances. Sometimes, it may be hearing something you’re not. And that’s why it would tilt its head even when you’re not talking to it.