In Japan, dogs are highly regarded – so much so that some typical breeds have even been elevated to “national natural monument” status. That was the case with the Akita Inu in 1931. Purebred Akitas are still considered a status symbol today. The Second World War brought the dog breed to the brink of extinction as breeding had come to a standstill. Today, the big dog with its characteristic appearance enjoys international popularity. 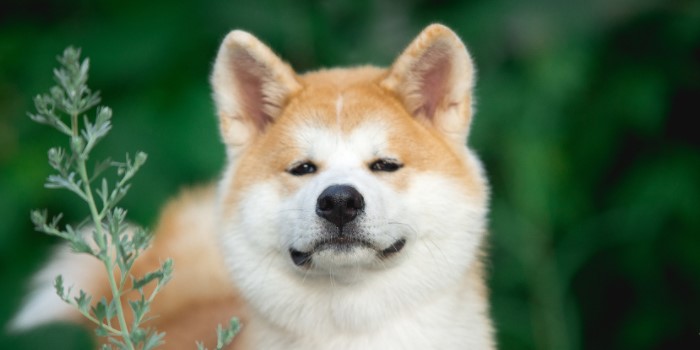 Breed history of the Akita Inu

The Akita Inu (Inu is Japanese for “domestic dog”) got its name from Akita Prefecture on the island of Honshu. His ancestors probably accompanied the first people to settle on the island. Experts suspect that gray wolves crossed paths in earlier times. All of this contributes to the fact that the Akita Inu is considered one of the oldest and most original dog breeds. The dogs’ job was to hunt, even taking on bears. As draft dogs, they helped in everyday rural life.

The Akita Inu has the status of a “national natural monument” in Japan by imperial decree. The animals were not allowed to be exported until 1945. After the end of the Second World War, some breeding specimens made their way to the USA, where the “American Akita” (with a sheepdog element) now exists as a separate breed. Both “Akitas” are recognized by the FCI (Fédération Cynologique Internationale).

Nature of the Akita Inu

The Akita Inu is a relaxed and good-natured four-legged friend who is not easily stressed. Aggressiveness or fearfulness is not part of his nature. On the other hand, he tends towards dominance when he thinks he is superior to his human and brings a good portion of stubbornness with him. The dogs are alert and have a strong drive to protect their human pack. The Akita Inu is by no means inclined to blind obedience – he also does not attach great importance to making things right for his humans. He usually completely ignores strangers as long as he doesn’t see them as a source of danger.

Training of the Akita Inu

The Akita Inu needs the guidance of a sovereign owner whom he can accept as the leader of the pack and whose commands he can follow. With empathy, consistency, and respect for the independent personality of the animal, the upbringing will not be difficult for you. Well socialized and with a solid character, an Akita Inu is a fabulous family and companion dog that needs to be connected to a manageable group of people. 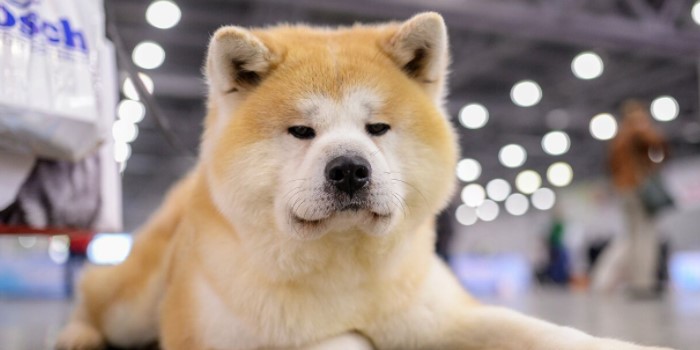 The active dogs, who like to exercise, need sufficient employment. If a garden or extensive grounds are not available, long walks and outdoor activities are a must. Dog sports and agility are generally not right for the Akita. It suits his nature better if he can accompany you when you go cycling or jogging.

Care of the Akita Inu

The care is uncomplicated. It is enough if you brush the dog regularly to remove shed hair.

Peculiarities of the Akita Inu

Rather untypical of a dog, the Akita Inu is a loner who often reacts to the presence of conspecifics with a dominating attitude. In order to avoid everyday problems with strange four-legged friends, we recommend visiting a puppy group. Unfortunately, the Akita is at risk for a number of diseases, which can be avoided with responsible breeding.