The Malamute is a very friendly dog with a plush appearance. Dogs love to be in the spotlight, they are affectionate and kind. “Wolf cubs” love to play and will amuse the owner with their funny tricks. 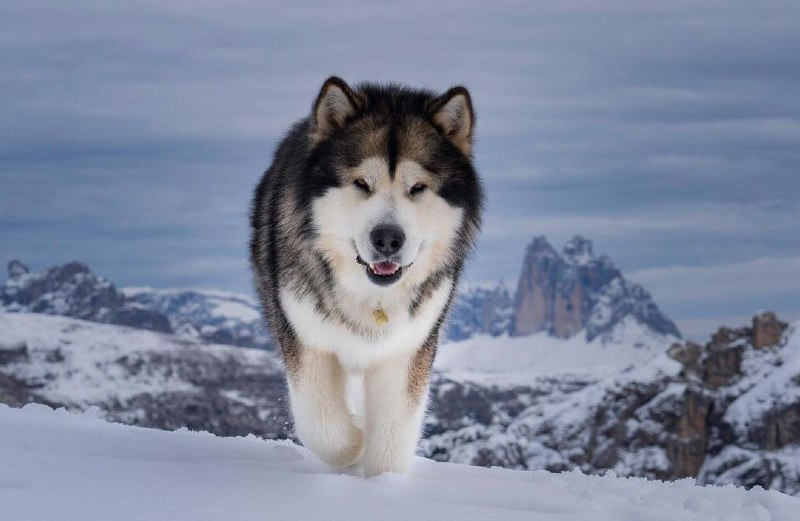 The Alaskan Malamute is a very strong, intelligent, and ancient Aboriginal type dog that is used to surviving the harsh conditions of Alaska, with extremely low temperatures and minimal amounts of food. The history of the appearance of the breed is inextricably linked with the ancient peoples who inhabited Siberia. Several thousand years ago, these dogs made the transition with the tribes who moved from Siberia to Alaska and then settled in a new place.
Today we know the name of only one of the tribes – the Malamutes. The tribe itself is now extremely small, if at all, but the ancient people retained their memory thanks to this amazing breed of dogs that have survived to this day. Malamutes, after a long journey, settled in the northeastern part of the Seward Peninsula – this area is considered the birthplace of the Alaskan Malamutes.
The ancient inhabitants of Alaska used dogs for more than just towing heavy sleds. Their help was needed to hunt seals, protect from polar bears, and protect homes. Indigenous peoples have always treated their dogs very well, children were put to bed with them to keep them warm at night, and in general, they were treated like family members.
In 1896, the Gold Rush began in Alaska – crowds of people from America and from all over the world flooded in search of gold. They brought in other dogs that were hardy, strong, and resistant to the cold. This influenced the purity of the Malamute breed, in addition, several kennels appeared, each of which developed its own breed line.
The first and most legendary kennel was founded by no less legendary man named Arthur T. Walden – the creator of the Chinook salmon breed. In his kennel in New Hampshire, he also bred Alaskan Malamutes, supplying dogs on expeditions. Milton and Eva Seeley continued his work. They began to breed a breed derived from dogs brought from the Norton Sound area of ​​Alaska. This type of Alaskan Malamute is called “Kotzebue”.
It is also necessary to talk about the line of malamutes developed by Paul Felker Sr. He bought several individuals in Alaska in the 1905 and 1920s. This type is called “M’Loot”. Malamutes from his nursery were used during the First and Second World Wars, in addition, they took part in the second expedition of Admiral Byrd.
The American Alaskan Malamute Club was founded in 1935 and the American Kennel Club officially recognized this breed of dog in the same year. During World War II, many malamutes were used for military purposes as dog sleds in operations in cold regions such as Norway and Antarctica, and many dogs were destroyed. 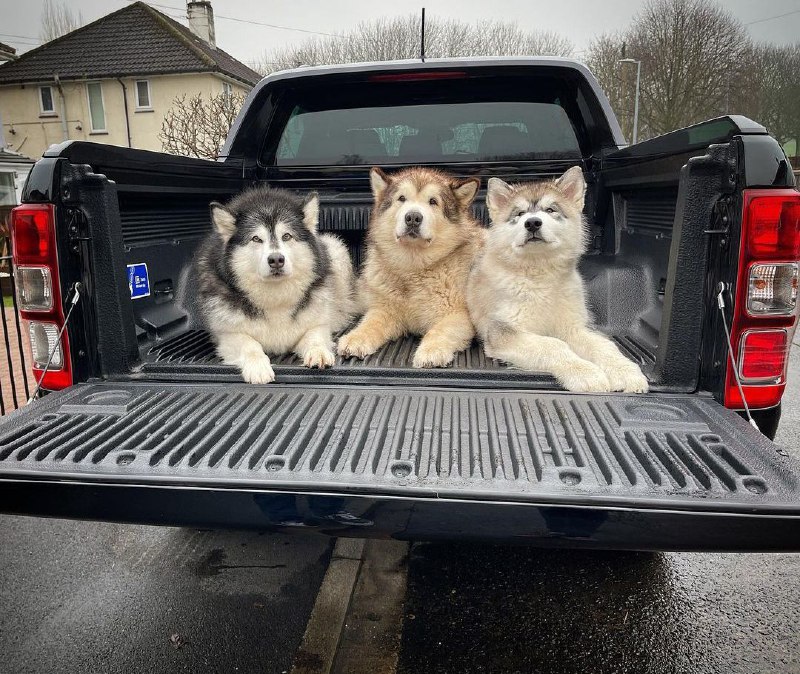 The breed of dogs Alaskan Malamute resembles large wolves, has a large build, a wide, powerful chest, limbs of medium length, muscular, and very strong. The tail is fluffy saber-shaped. These animals are generally distinguished by tremendous strength and endurance, which can be seen in their every movement. The head is large, the ears are erect, the scruff stands out clearly. The coat is long. 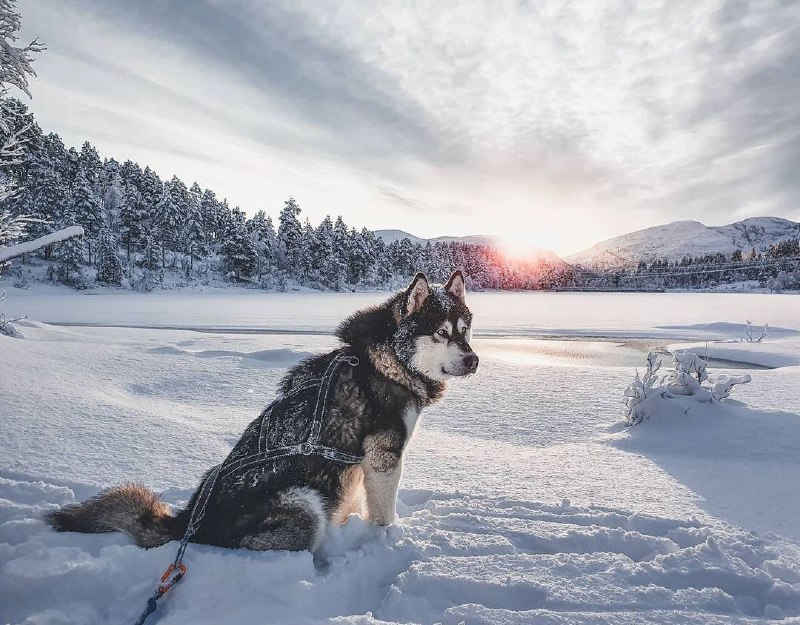 The Alaskan Malamute breed is known for having irrepressible, enormous energy. If you live in a private house, be sure – your dog will repeatedly destroy your backyard – lawn, garden, vegetable beds – all this will turn into trenches and holes. By the way, it is better to dig the fence deeper or make a concrete foundation.
The best way to combat this phenomenon is to train your dog to dig holes in one place and accept the fact that a few square meters of your site will be allocated specifically for this purpose. It is completely impossible to wean an animal from this, well – or very difficult. Plus, you rob him of a lot of fun in life. If you live in a city apartment, keep in mind that he will chew on your shoes, furniture handles, door frames.
These dogs need long walks, exercise, training, and training, although it is difficult to train them and it is not up to everyone. Therefore, the Alaskan Malamute is a breed that is not recommended for inexperienced owners or people with too soft a temperament. They are capricious, often, so to speak, “on their own mind”, sometimes they may simply not listen to you, although you give a completely clear command. This, of course, must be fought.
Even if these dogs recognize you as a leader, they, like Siberian huskies, will still try to test you for strength from time to time. Alaskan Malamute is playful, active, loves various entertainment and toys, likes to be in the spotlight, fooling around and having fun. These dogs treat people well, and even strangers are perceived with friendliness.
If you manage to build the right, harmonious relationship with your pet and put yourself in the role of a leader, this will be a real friend and wonderful companion for the whole family. These dogs are great for children, they love to spend time with them. They are open and need human attention and communication, they love to take part in family affairs and feel like a part of it, they require early socialization. If you love winter sports, the Alaskan Malamute will appreciate it, rest assured, and will become your faithful companion on any, even the most difficult hikes.
They have strong natural instincts, and therefore do not be surprised if your dog hunts squirrels in the park, and small rodents in the forest, or even tries to catch a bird. Moreover, they need to be friends with small dogs and cats from an early age, if you do not want him to hunt them during walk-in adulthood. Malamutes hardly bark, but they can howl or make a specific sound. They are not suitable as a watchman. 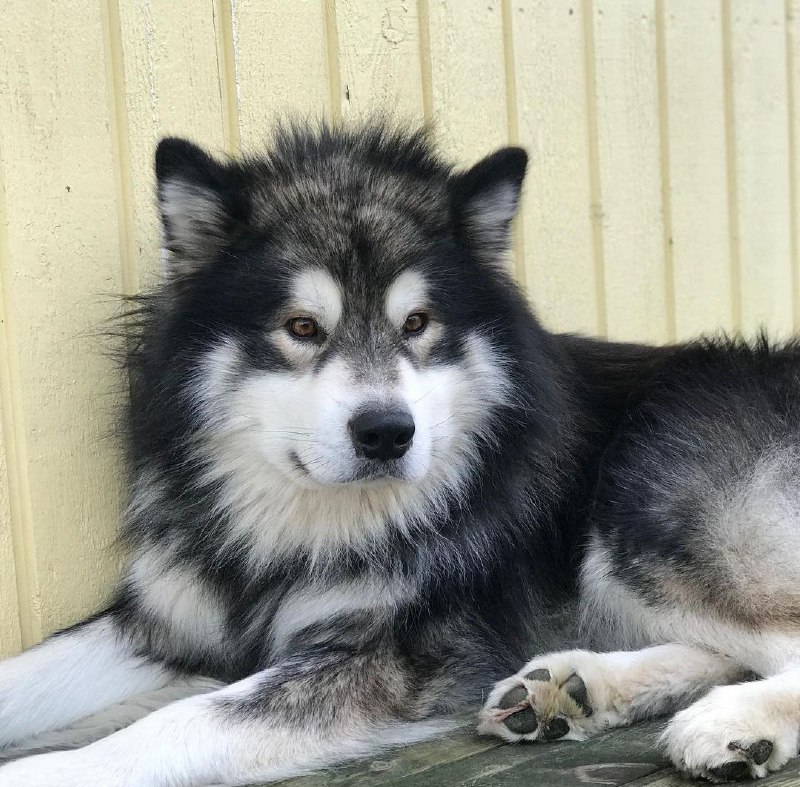 Raising an Alaskan Malamute is a mandatory and necessary process, but not easy. They desperately need the formation of the right character for harmonious family life, since these dogs have their own history with obedience.
To interact properly with your dog, here are some simple rules:

You need to teach your pet basic commands, but as for specialized ones, here it is best to contact a specialist. 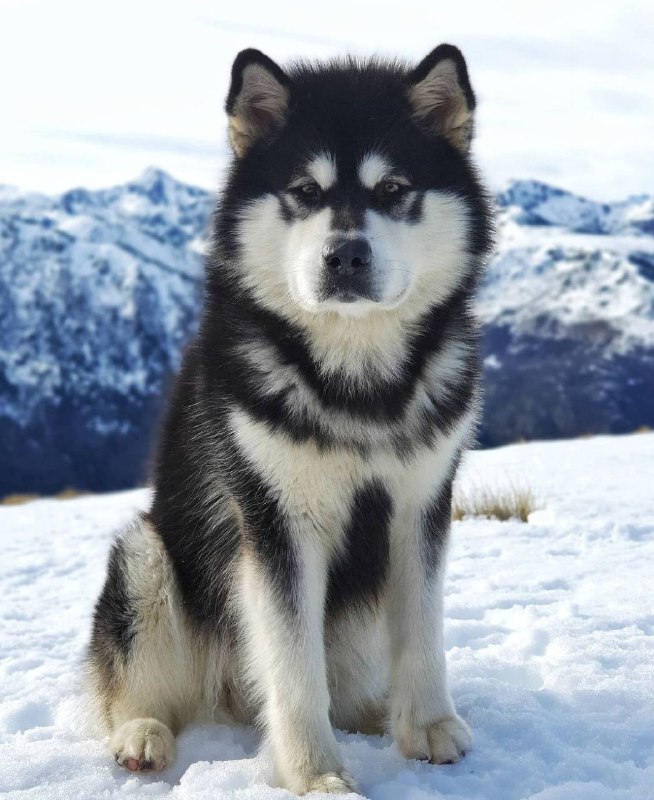 The Alaskan Malamute breed needs to be combed twice a week, and more often during molting. You need to bathe your dog once or twice a week. Sometimes there is information that they can be bathed once a month or even once every six months, but you can imagine what kind of smell they will emit by this time. Be sure to clean deposits and dirt from the ears and eyes of the animal, and trim the nails every 10 days. 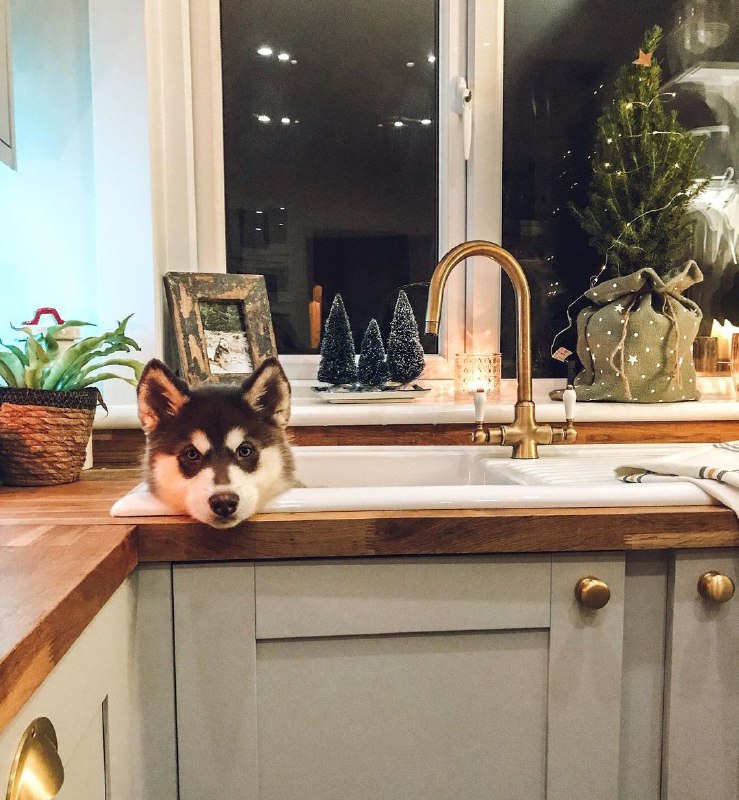 The Alaskan Malamute is a very strong and hardy dog but has a tendency to certain diseases, including: 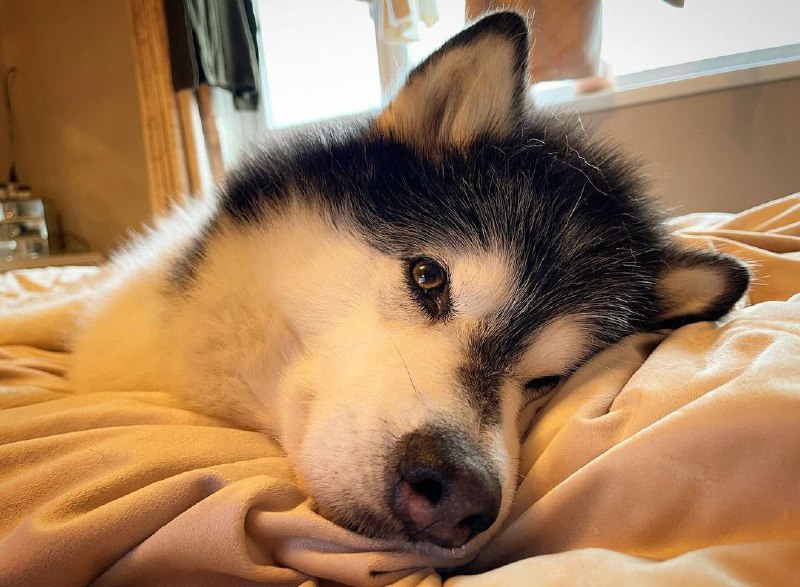 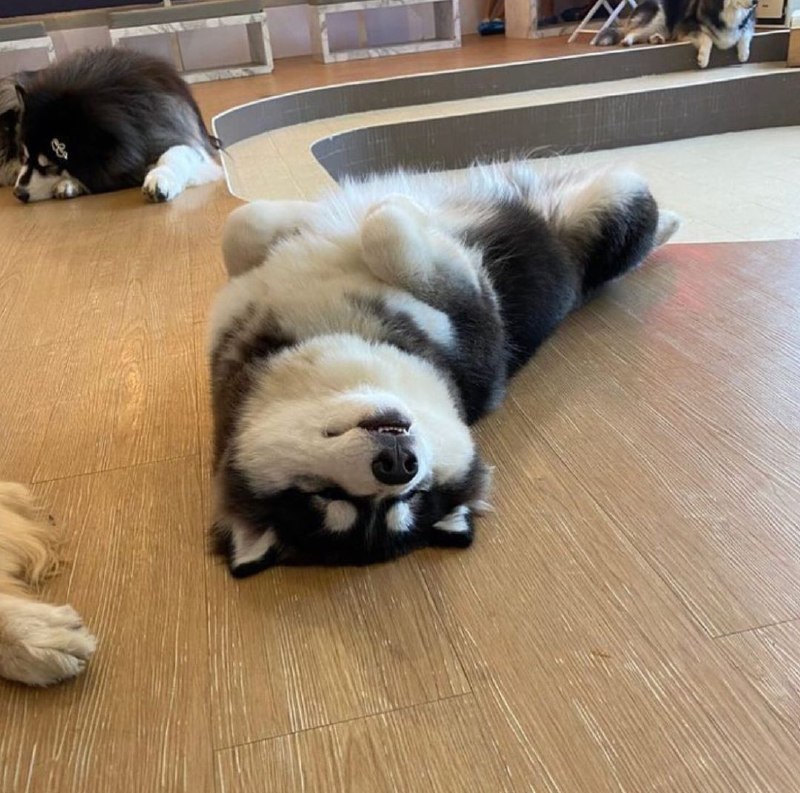 The Alaskan Malamute is perhaps the oldest and by far the largest sled dog in the Arctic. The breed is named after the indigenous Inuit tribe called the Mahlemuts, who settled along the coast of Kotzebue Bay in northwestern Alaska.