The Border Collie is known for its agility and is considered a super athlete among dogs. In addition to being used for herding sheep, the breed is also becoming increasingly popular as a family dog. Here you will find everything you always wanted to know about the agile and intelligent dog breed.

Contents hide
1 History of the Border Collie
2 Traits and Character Traits
3 Getting a Border Collie
3.1 What do I need to pay attention to when purchasing?
3.2 Puppy development and education

History of the Border Collie

The Border Collie originally comes from Great Britain from the border region between England and Scotland. This is how its current name (English border = border) came about. From the beginning, its main task was herding sheep and as early as 1570 the first exceptional shepherd dog in the region was mentioned in the book “Treatise on Englische Doggess” by John Caius. They needed obedient, hardy, and weatherproof dogs that could do well in the harsh climate of this area. The shepherds had their dogs compete against each other in organized competitions called “Sheepdogtrails”.

A particularly eager male named “Old Hemp” is considered to be the progenitor of today’s breed. Thanks to his excellent herding skills, he was the most sought-after stud dog in the region around 1893. The cynological umbrella organization FCI recognized the Border Collie as an independent breed in 1976. She is part of the first FCI group (Sheepdogs & Cattle Dogs). In 1978 the Border Collie was first registered in the studbook of the British Herding Club. The Border Collie is still an excellent herding dog that reacts at lightning speed and is great at cooperating with its human. In recent decades, however, breeders have increasingly sold them as active family dogs. 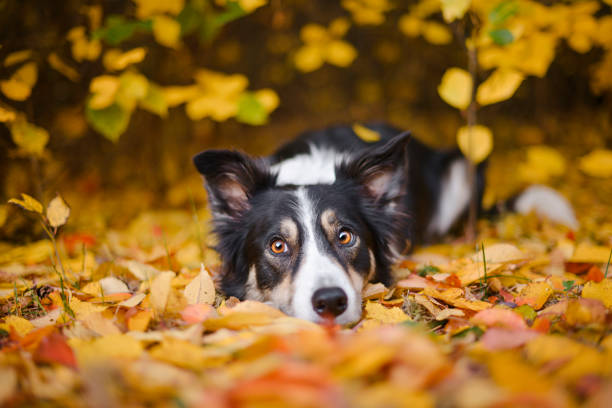 The Border Collie is an intelligent dog with a quick mind and an enormous willingness to work. He absolutely needs a meaningful task and a lot of “brain work” to be fully utilized. The breed wants to please its owner and is quick to learn and enthusiastic about new commands. Well-trained and well-behaved, the Border is a friendly dog ​​who is quiet around the house. With appropriate socialization, the breed also gets along well with other pets.

Due to the strong herding instinct, however, the Border Collie tends to herd everything that moves. Joggers, cars, or children playing can also stimulate this drive. Hardly any other dog breed has such a complex behavior as the Border Collie. Through the strictly selected breeding of the best herding dogs, he has developed a complex body of instincts that are based on the wolf behavior patterns of the hunt. The only difference is that instead of catching and killing its prey, it just rounds it up.

The Border is an extremely loyal and alert dog but does not tend to bark. He is reserved and friendly with strangers, but not timid. With the right upbringing, he becomes a great partner in all situations.

Getting a Border Collie

The Border Collie is by no means a dog for everyone. Buying a puppy should be a thoughtful decision and you should be confident that you are up to the task. With a life expectancy of 12 to 14 years, you are tied to the dog for a long time. During this time you must be able to take care of and keep him busy. If you live in a densely populated city, you probably won’t be happy with the Border as it requires a lot of space and movement. Before you get one of these dogs, it’s best to check out one of the many herding shows where you can see the breed in action. Here you can also make initial contacts with breeders. 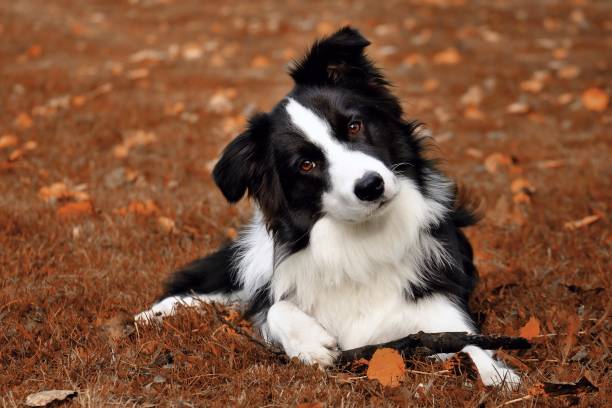 Once you are sure that the breed is right for you, you need to choose a breeder. The purchase price for a Border Collie puppy can vary greatly and depends on where you buy the four-legged friend. For a puppy from a trusted, registered breeder you can expect prices from €1000 upwards. You should avoid dubious breeders. The Border is primarily available in black and white, but you can also find any other coat color that is not dominated by white. With a lot of dog experience and a good heart, you can of course also take in a dog from the animal shelter. Here you will always find dogs in need who have overwhelmed their owners.

The Border Collie is often portrayed as a problem dog and often ends up in an animal shelter because the owner is overwhelmed. The Border is a very sensitive dog that has a strong “will to please” and likes to please its owner. He learns quickly and therefore unfortunately knows immediately when his owner makes a mistake.

Since the breed is intelligent and also learns by pure observation of the owner, you should not fool your dog into undesirable behaviors. With a meticulously consistent upbringing from puppyhood onwards, you can get the bundle of energy under control. Visiting a dog school or the support of border-experienced dog owners is highly recommended.