The incomparable dachshund look, the cheeky manner, and the characteristic physique make the dachshund (dachshund, teckel) one of the most well-known dog breeds. You can find out what distinguishes the old hunting dog breed and what makes it so special here in the profile.

History of the Dachshund

The first ancestors of today’s dachshund are said to have helped the Celtic tribes hunt. The so-called Bracken were particularly short-legged and known for their hunting skills. The dogs have excelled particularly when tracking down human tracks. The Celtic hound is therefore considered the forefather of the Dachshund today. In the Middle Ages, hunting badgers and foxes, which killed chickens or ate crops, became increasingly popular.

The farmers needed a dog that could follow the prey into the burrow. This is how the Celtic hounds with their short, crooked legs came into fashion and were bred more often. As early as 1560, a dog book mentioned the special dogs that were suitable for hunting in badger and fox burrows. In 1879 some breeders established the first breed identification. Just nine years later, Klaus Graf Hahn and Dr. Emil Illgner founded the “German Teckel Club”, which still exists today. Today, three different dachshund breeds are officially recognized. There are short-haired, long-haired, and wire-haired dachshunds, each in three different sizes. 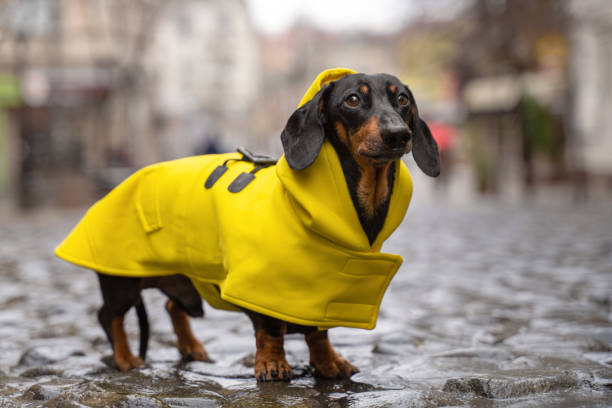 The breed has also been recognized by the FCI and the VDH under the name Dachshund. She has her own FCI group, which is divided into just one section, that of dachshunds. The breed is also known as Dachshund or Teckel.

Adept at hunting much larger animals, the dachshund is still bold, confident, and combative today. Especially with small animals, you should make sure that the dog does not capture them. When dealing with other, even larger dogs, Dachshunds often show little respect. They have no problem messing with them and barking to defend their position.

Their suspicious and alert nature makes them excellent watchdogs. The sometimes stubborn and stubborn nature of the dog breed can be brought under control with consistent training. Then he becomes a loving companion who is loyal and friendly to his people. He enjoys being cuddled and likes to play with children.

The Appearance of the Dachshund

Many colors are known, although an all-black coloration is not allowed. White spots are also undesirable. In the USA there are some color variants that are not officially recognized in Germany. Pied representatives of the breed are known there under the name Piebalds. In addition, the tiger dachshund with a special merle coloring is widespread. The color is caused by a gene mutation, which also occurs in other breeds such as the Australian Shepherd or the Shetland Sheepdog.

The little dachshund is a cheeky and self-confident dog that you should show early on where to go. Consistent training is fundamentally important so that the little hunting dog doesn’t dance around on your nose. Before the first walks without a leash, you should be able to control the dog’s pronounced hunting instinct so that it doesn’t scoot off into the undergrowth.

You won’t get very far with the dachshund using force and violence, and the stubborn dog will stand in the way. You do better with rewards and positive reinforcement. This way you can show the dog that obeying is worthwhile. It is best to show the puppy in a friendly but firm manner right from the start what it is allowed to do and what not.

Activities with the Dachshund 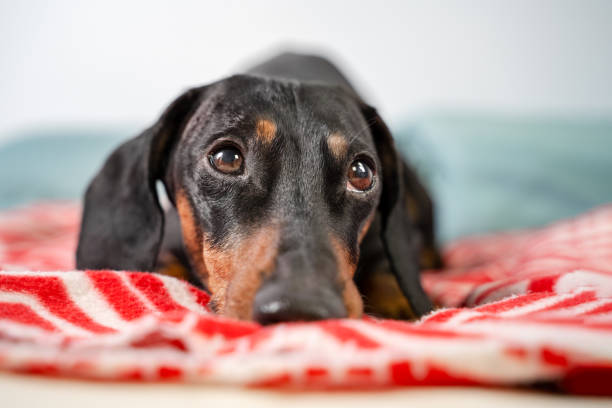 The dachshund is a small dog, but as a true hunting dog with a lot of self-confidence and joy of movement, it needs appropriate activity. With exciting games and meaningful activities, you not only keep your dachshund fit and healthy but also strengthen your bond with them. Due to the long back, the dogs are not suitable for dog sports such as agility.

The impetuous dogs feel much better when digging up the garden, which earned them the nickname “aardvark”. A species-appropriate attitude, therefore, includes a garden that the dog can plow at will. Daily walks are obligatory with the nimble and persistent dogs.