Elegant, loyal and, if necessary, combative: the Belgian Shepherd Dogs are all that and much more. They are becoming more and more popular for a reason.

History of the Belgian Shepherd Dog

Until the late 19th century there was no uniform appearance of the shepherd dogs used by Belgian shepherds and farmers as herding, guard and working dogs. They looked after the herds and the houses of their people, drove the cattle out to pasture and were also often used as draft dogs. No value was placed on the appearance, their properties were in the foreground. At that time no one differentiated between the Dutch, German and Belgian Shepherds.

That changed in 1891. Adolphe Reul, a professor at the Belgian School of Veterinary Sciences, undertook to catalog and thus prepared the basis for the breed standard. He founded the Club du Chien de Berger Belge on September 28, 1891 and in 1892 the breed standards were established.

At this point three variations were allowed, which differed mainly by the coat, longhair, shorthair and wirehair. The physique is the same for all variants. The Malinois, the Groenendael and the Laekenois were admitted as variants. The Tervueren was not included until a few years later. The Malinois is the best known and most widespread variation today. Its fur is short, brown, or reddish-brown, mostly with black overlays. 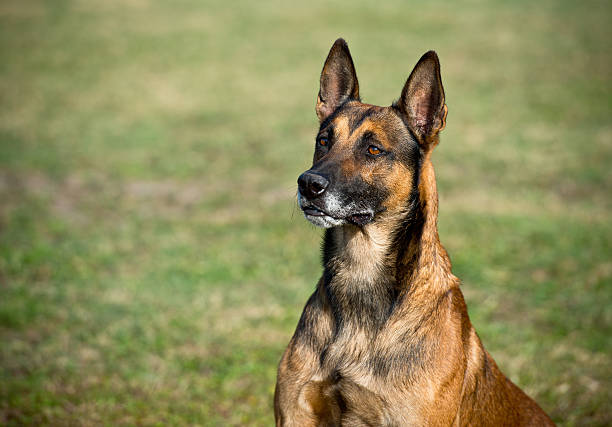 The Malinois, often affectionately called “Malis” by their owners, have black masks on their faces. They were named after the town of Malines. The Tervueren look most like the Malinois, but have a long coat. Groenendaels are longhaired with a black coat and the Laekenois are fawn with a rough coat. The Laekenois is the most original breed of Belgian Shepherds, but they are now the rarest representatives. A white chest patch and white paws are allowed on all variants.

After the founding of the association, the success story of the Belgian Shepherd Dog quickly continued. In 1892, the first dogs took part in exhibitions, but there were always arguments about the colors. In 1898 another club was founded, the Berger Belge Club based in Malines. This club was recognized by the Belgian umbrella organization Société Royale Canine St. Hubert, which is comparable to the VDH in Germany, and is today the only existing club in Belgium. In 1910, the breed standards and characteristics of the four variations were finally established. However, it was still allowed to breed the four different lofts together. It’s been banned since 1973.

Belgian Shepherds are one thing above all else: active and enterprising. They are slightly smaller and have a slimmer build than the German Shepherd. This makes the Belgian Shepherd Dog look elegant, it is fast and agile. Some representatives of his breed even tend to be hyperactive. His ancestors were herding dogs and it’s still in his blood.

This makes him an alert watchdog who always wants to be in control and sure everything is alright. When it comes to defending his people, he fights fearlessly. He is loyal to his people. One or the other Belgian Shepherd Dog is even prone to jealousy. Life in the kennel is no life for him.

He wants to live with his human in the house. You should never leave your Belgian alone for long. Belgian Shepherds want to please their human, they are docile and intelligent. It is not enough for them to be physically busy, they also need a task that challenges them mentally. They are also very sensitive. If he is sufficiently busy and well trained, he is also very suitable as a family dog. Some Belgian Shepherd Dogs are so affectionate that they want to sit on their human’s lap indoors. So you have to reckon with the fact that at some point a 20 to 35 kilo dog will sit on you.

Whether he gets along with other animals is a question of type, because not every Belgian Shepherd Dog is like the other, just as we humans are different. The hunting instinct can be stronger or weaker in Belgian Shepherd Dogs. But if the puppy is well socialized and lives with the cat or small animals from an early age, there are usually no problems.

Getting a Belgian Shepherd Dog

Belgian Shepherds are becoming increasingly popular. Unlike most dogs his size, he is generally not prone to hip dysplasia. It is also often used by the police and in other “professions”, which means that demand is increasing. 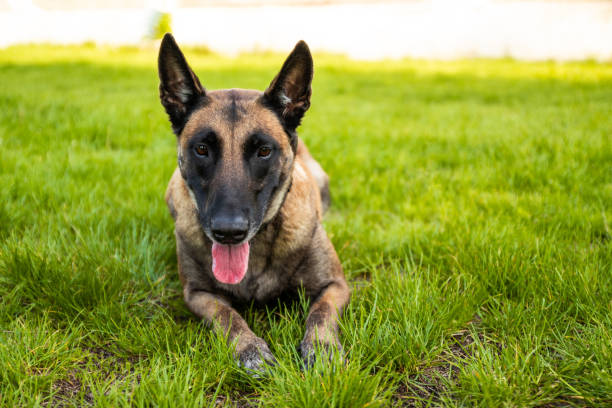 This makes him interesting to so-called multipliers, who are not interested in the dogs but only in the fast money. The puppies are mostly from Eastern Europe and their papers, if any, are fake. They have not been vaccinated or examined and are often already ill when they arrive here. You should therefore definitely look for a reputable breeder if you want to buy a Belgian Shepherd Dog. A good place to go is the breeding association VDH.

A good breeder who cares about the welfare of the animals will at least allow you to visit the little puppy before you buy it and get to know him and his family. Some breeders even make it a requirement. Of course, well-bred Belgian Shepherd Dogs come at a price. You have to reckon with prices around 1,000.00 euros to 1,500.00 euros. But you get a puppy that has already been examined several times, vaccinated, and well socialized. Breeders with hearts and souls who want the best for their dogs will not get rich from this.