In many federal states, the Staffordshire Bull Terrier may not be kept at all or only under strict conditions. The close relationship between the Bull Terrier and the American Staffordshire Terrier can clearly be seen in the former animal fighting champions. Since the dogs pass almost all character tests and gentleness is a mandatory characteristic for breeding dogs, only the protective instinct has remained of their fighting dog mentality.

Staffies are rather small with a height at the withers of between 35.5 and 40.5 cm, but they weigh a lot in muscle mass. An ideal weight is given for males between 12.7 and 17 kg, for females between 11 and 15.4 kg. Considered a modern version of the 18th century English bull and terrier dogs, they have not changed much in appearance compared to other bull and terrier descendants (Bull Terrier, Pit Bull, and American Staffordshire Terrier).

Recognizing and distinguishing Staffordshire Terriers: an overview of breed characteristics 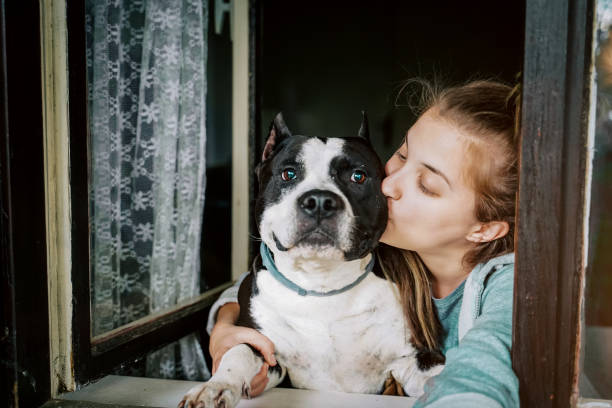 Coat and colors of the Staffbull

The smooth coat is short, dense, and slightly bristly. The direction of hair growth is visible everywhere and sometimes forms a slight crest on the chest. Solid coats or small white markings are preferred by some breeders, but white piebald dogs of any size and shape are acceptable.

Like the Bull Terrier, the Staffordshire Bull Terrier descends directly from the Bull and Terrier dogs of the English working class. In the early days of industrialization in the Birmingham and Staffordshire regions, dogfighting (“blood sports”) was a popular pastime. The terrier-like workers’ Rattlers were crossed with Molossers in the early 18th century to create a small, powerful fighting dog used for bloody fights against animals:

The sad jobs of the first bull and terriers in Staffordshire

Abroad, the Staffy is still a very popular companion and guard dog, in England it is even one of the top 10 most popular pedigree dogs. In this country, English fighting dogs were status symbols in the red light district and in criminal circles in the 20th century – the breed selection was neglected, as was the socialization of the dogs, some of which were deliberately made hot on people to deter or be used as a weapon. For this reason, many biting incidents in Germany are related to Staffbulls, which led to very strict regulations in some states in the early 2000s. 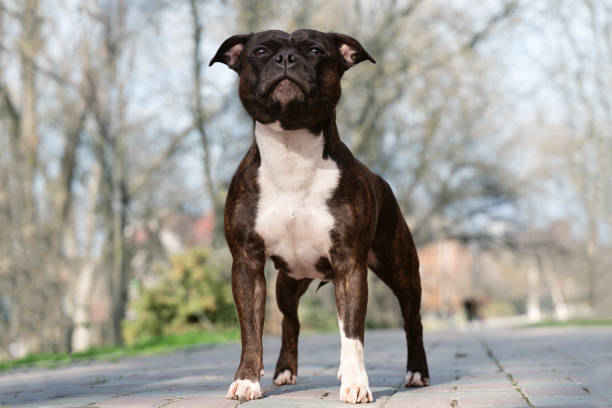 A dog can only become a balanced companion if it is lovingly socialized. Well-behaved Staffordshire Bull Terriers are very different from what one would expect given their bad reputation as a lost dogs: the breed is known to be extremely people-friendly and adapts very well to apartment city life. However, the powerhouse with the great self-confidence is not suitable for beginners in dog training:

These behaviors are to be expected with the Staffy