South Russian Ovtschvarka dogs are very independent herding dogs with a strong protective instinct. They conscientiously defend their territory and their pack and are therefore not suitable for beginners. Of the three Ovcharka breeds from Russia, the South Russian is the largest and most powerful dog. You can find out in our breed overview what owners have to bring with them in order to train one of the shaggy giants to become a well-balanced working and companion dog.

What is Under the Light Shaggy Fur?

Its thick and long topcoat makes the South Russian Ovcharka appear bulkier and heavier than it actually is. The minimum height at the withers is 66 cm for males and 62 cm for females. Healthy animals weigh between 30 and 45 kilograms, with males being significantly more heavily built than females. The southern Russian can be easily distinguished from the Caucasian Ovcharka (Kavkasskaja Ovcharka) and the Central Asian Ovcharka (Sredneasiatskaja Ovcharka) by its coat and its size.

The South Russian Ovcharka in detail 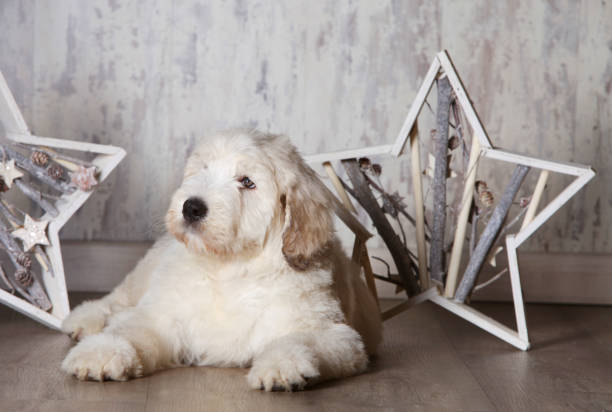 Coat and colors of the South Russian Ovcharka

Differences between South Russian Ovcharkas and other long-haired herding dogs

Where Did the Ovcharka Get His Temper? The History of the Dog Breed at a Glance

South Russian Ovcharkas only emerged in the 19th century and spread from the Crimean Peninsula through the northern Caucasus and southern Russia. The dogs have been specifically bred since 1898, and in the 1930s the breed was recognized as such and a uniform standard was set.

Tasks of the South Russian Ovcharki

The main task of the South Russian Ovcharka was to herd Merino sheep in the South Russian steppe. The dogs were often left to their own devices and had to keep order on their own. To do this, they had to be able to assess situations correctly at lightning speed and be physically armed against attackers such as wolves and bears.

The emergence of the white Ovcharki in Russia

The Catalan shepherd dog (Gos d’Azur Català) is undoubtedly one of the early ancestors of the southern Russians. German sheep poodles could also have contributed to the origin of the breed.
These imported breeds were probably crossed with local Ovcharki (Caucasian Ovcharka, formerly Tartar Ovcharka) to herd Merino sheep.
The white coat color most likely came about through mating with local greyhound breeds. 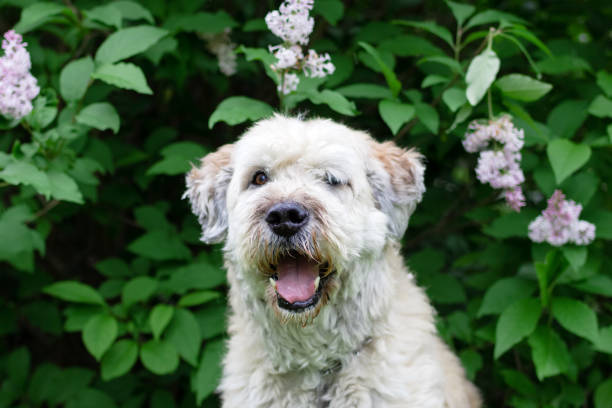 In some European countries, the South Russian Ovcharka is considered dangerous or potentially dangerous. The dogs think very categorically and clearly distinguish between the familiar and homely and the unknown and strange. They initially reject everything unknown as a matter of principle: they tend to be hostile towards new people, situations, and animals. They are all the more affectionate in the house. They are loyal to their owner and lovingly protective of their “flock” (if they are kept as companion dogs, they regard the family as a group worthy of protection). If they feel insecure, they show themselves to be dominant and try to take the lead. A puppy of the breed is therefore only something for experienced dog owners who know how to assert themselves.