In the meantime, in addition to the naturally colored degus, other colored animals are also bred. However, some of these are still very rare and difficult to obtain.

The best-known and most common color is certainly the blue degu, also known as the silver degu. In these animals, the proportion of gray in the coat is significantly higher, this applies especially to young animals. In fact, adult animals are also dark gray rather than blue, so the name is slightly misleading. In addition to the blue degus, piebald, sand-colored, and black animals are now also bred, and even completely white animals are said to have appeared. In contrast to the blue degus, these colors are still real rarities and are only very rarely offered. 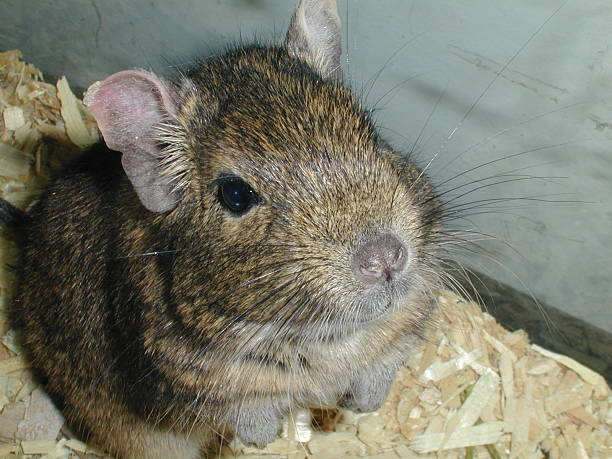 In general, it is said that the color forms are particularly susceptible to disease and can show behavioral disorders. At least with the blue animals, this is not the case. Unfortunately, the problem with the colored forms is that due to the higher price, they are sometimes propagated without considering the animals. Young animals from such breeds, in which no breeding selection is made, are then actually susceptible to disease or show behavioral problems. The cause is not the color, but the unscrupulous handling of the breeders with the animals.