The Lagotto Romagnolo has made a name for itself as the most famous truffle dog in Italy thanks to its excellent nose. Although you rarely see him in our area, the friendly curly head is becoming more and more popular as a family dog ​​in this country. You can now find out more about the sporty truffle search dog.

The Lagotto has ancient ancestors dating back to the 17th century who were most likely Italian water dogs from Romagna. Romagna is a historical area of ​​Northern Italy with well-known cities like Ravenna and Rimini. In the swampy areas of Romagna, the water dog was then used as a hunting dog. He reliably tracked down the shot waterfowl in the water and fetched it to the ″Vallaroli″, the lagoon hunters. He also helped the fishermen living there and guarded their belongings. The four-legged friend probably owes his name ″Lagotto″ to his work as a water dog, because ″Càn Lagòt″ means ″water dog″ in the Romagna dialect. 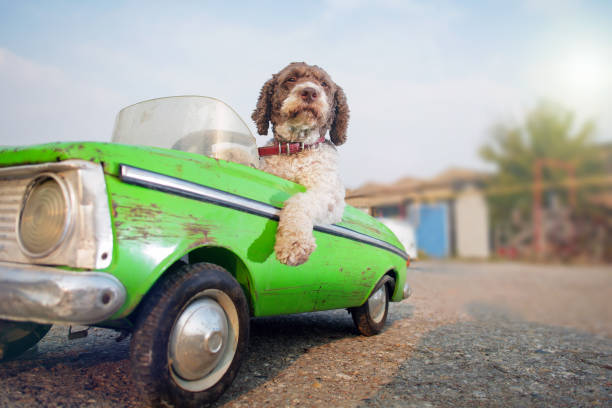 After the Romagna marshes were drained at the end of the 19th century, the Lagotto Romagnolo became practically unemployed. However, since people wanted to continue to make use of the excellent sniffing nose of the four-legged friend, it was used in the search for truffles. Because the expensive mushrooms grow underground and can only be located by their smell.

The Lagotto is extremely disciplined and reliable in his work. Because he only reports that he has found the expensive good, he neither digs it up nor eats it. In Italy, its abilities are still valued today and it is bred specifically for truffle hunting.

In order to further optimize his nose, other dog breeds with an excellent sense of smell were crossed over and over again. For example hunting dogs like Setter, English Pointer, Bracken, Spinone Italiano, or Poodle.

Then lovers of the old Lagotto Romagnolo breed remembered its values ​​and began to breed the original Lagotto type in the mid-1970s. In 1995 the FCI provisionally recognized the Lagotto Romagnolo as a breed. And in 2005, the FCI finally recognized him as an Italian dog breed. As a ″Water Dog of Romagna″, it belongs to FCI Group 8 ″Retriever dogs, search dogs, water dogs″, Section 3 ″Water dogs″, and bears the FCI standard number 298.

The Appearance of the Lagotto Romagnolo

The Lagotto Romagnolo has a dense, curly, slightly oily, hard, medium-length coat. That’s why he’s often confused with a poodle mix. The truffle hunter dog’s non-shedding coat varies from solid off-white to various shades of brown, solid orange, and white with tan or orange spots. The Lagotto may have masks in brown to dark brown.

He is rather strong in stature, almost square, but well proportioned. It has relatively long legs. With its size of up to 48 cm, it belongs to small to medium-sized dogs. His big sniffing nose and his round eyes can be seen in light to dark brown. The hairy tail, which tapers towards the tip, reaches the truffle dog about to the hock. The Romagna water dog has its medium-sized, triangular ears hanging down.

The Lagotto Romagnolo is a very lovable, intelligent, and hardworking dog that is ideal for families with children. Because he is playful and affectionate and enjoys taking part in family activities. He is loyal to his master or mistress and forms a close bond with him. 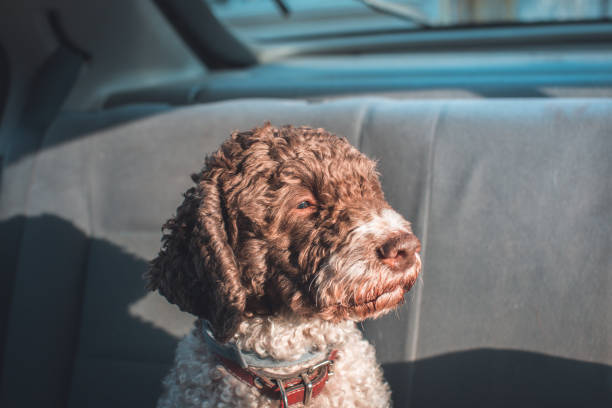 Furthermore, the Lagotto Romagnolo character is characterized by simplicity and a willingness to learn, which also makes it the ideal dog for beginners. He is one of those dogs that have the ″will to please″, the will to please people. If the dog beginner makes a mistake, he forgives quickly, because he is by no means resentful.

Don’t forget that your four-legged friend is a working dog. This means that physical and mental activity is a must. Only then is he satisfied and balanced. Especially in the first two years of life, the Italian fur nose is a bundle of temperaments. If you use it in a way that is appropriate to the species, freewheeling is also not a problem. Because the hunting instinct has almost died out due to breeding. But he can come back if he is not used enough.

The friendly truffle dog usually gets along very well with other four-legged friends. If he gets used to other pets from an early age, he can also get along well with a dog, cat, or mouse. He likes to reliably guard his home, but he does not bark excessively and is by no means aggressive.