Dalmatians have not only enjoyed great popularity worldwide since their Disney film success. The “smiling” dogs are in demand as companions and service dogs and are immediately recognized all over the world because of their unique coats. Their high level of self-confidence can be intimidating for inexperienced owners – you can find out here how you can show your Dalmatian who is in charge at home in a friendly but firm manner.

The Appearance of the Dalmatian

Short and smooth lying fur with clearly defined dark spots is the Dalmatian’s most distinctive identifying feature. Males ideally reach a height at the withers of 56 to 62 cm, females are much slimmer and are 54 to 60 cm tall. Males reach a weight between 27 and 32 kilograms, bitches weigh a maximum of 29 kilograms. Like all Hounds, the Dalmatian is well proportioned and athletic, the head and neck being quite long in relation to the body.

The Dalmatian from head to tail 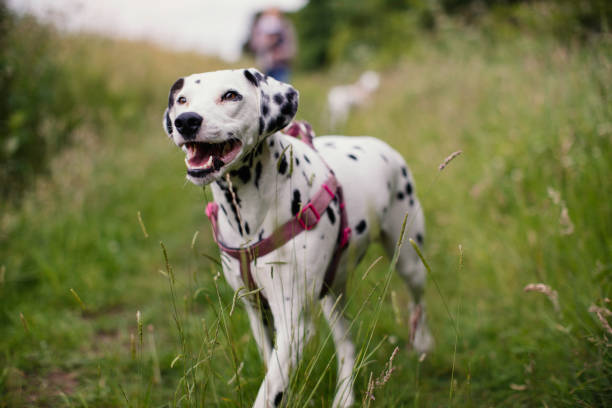 Colors in the Dalmatian

The Dalmatian as a progenitor for spotted breeds

Theories on the Origin of the Dalmatian

Genetic tests show that the Dalmatian is closely related to the Istrian Hound from Croatia. The Dalmatian as we know it today seems to have its roots in Central Europe, where differently built hounds with different colors accompanied traders and riders. Central European Hounds are also considered to be the ancestors of the English Greyhound, whose close relationship to the Dalmatian could also be proven. The Pointer also has similar roots and shares common ancestors with the Dalmatians.

Uses of the Dalmatian throughout history 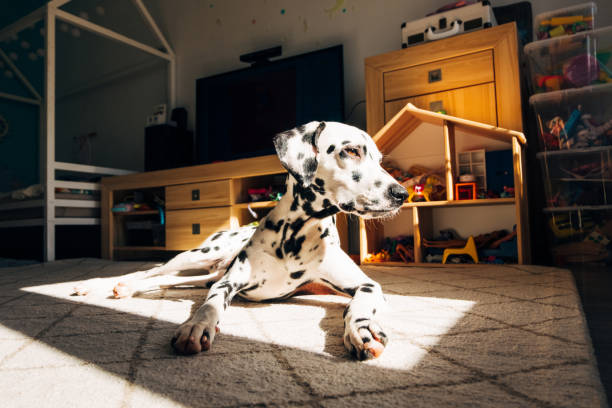 The temperament of the Dalmatian: Get to know his special characteristics

In addition to their (more or less) charming smile, Dalmatians display some breed-specific traits that are extremely rarely seen in dogs of other breeds. They are spirited and easy to train – because they are perceptive observers, accuracy and good timing are very important in training. A Dalmatian wants food at the exact same time each day and will repeat behaviors that have worked once.