Hiccups usually cause discomfort in dogs and anxiety in their owners. This simple physiological process occurs quite often and has varying degrees of severity. However, few people know how it works and what to do to alleviate the plight of the hiccup (after all, the dog cannot be advised to hold its breath).

Hiccups in dogs are a spasm of the intercostal muscles. In the process of hiccupping, nerve impulses travel from the vagus nerve in the diaphragm to the brain and back, causing the pectoral muscles to contract. The respiratory center loses control over them, which leads to the impossibility of full-fledged inhalation since due to muscle contraction, the glottis located between the vocal cords closes and does not allow oxygen to completely enter the lungs. At the same time, a sound characteristic of hiccups occurs.

In most cases, hiccups do not threaten the life of the animal and are not a sign of a serious illness, but it is better to know the reasons for the occurrence of “safe” and “dangerous” hiccups.

Contents hide
1 Safe hiccups
2 What to do?
3 Dangerous hiccups
4 What to do? 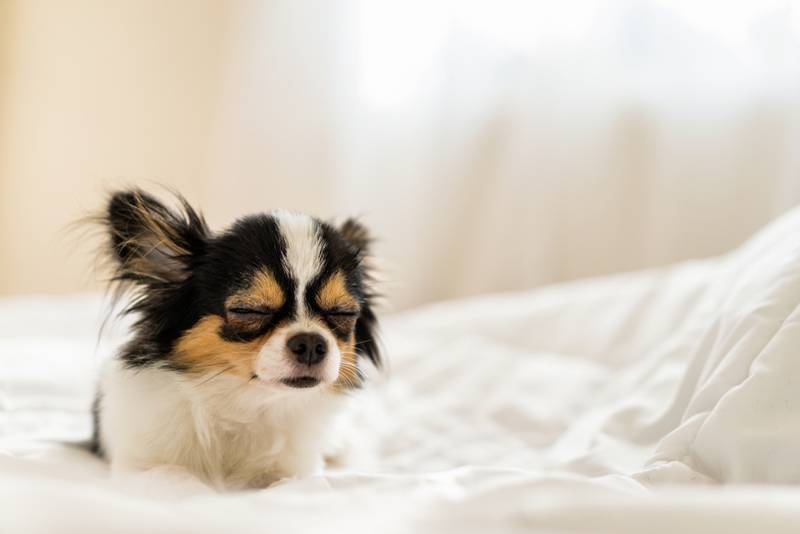 The process of hiccups is a kind of vicious circle: tense muscles irritate the vagus nerve, and it, in turn, makes them contract even more, therefore, the causes of hiccups are always associated with overstrain:

Hiccups while lying still for a long time (for example, if the dog is sleeping) can occur from an uncomfortable position of the body, in which the internal organs press on the diaphragm;

Also, hiccups can be caused by hypothermia, as in the cold the muscles tense to keep warm;

Fear or intense excitement can also lead to hiccups for the same reason as hypothermia. Interestingly, a sleeping dog may start to hiccup due to a nightmare;

One of the most common forms of hiccups – hiccups after eating – is associated with irritation of the walls of the esophagus and stomach. Your dog may eat too much or eat too quickly without chewing, or the bites may be too large and uncomfortable. In addition, animals switching to dry food can experience similar problems, especially at an early age;

Pregnant dogs often hiccup due to an increase in the volume of the uterus and the pressure of organs on the vagus nerve.

In order to defeat hiccups, it is necessary to change the rhythm of breathing and remove the tension of the diaphragm:

Hiccups from prolonged lying can be removed by changing posture and physical activity (light jogging, playing with a ball, walking on hind legs with raised front legs).

Intense movements and any other way of increasing body temperature (wrapping in a blanket, using a heating pad, hugging) will help from hypothermia.

Hiccups from a stressful situation are removed by eliminating the cause: wake up the dog if it is sleeping; take to a safe quiet place if people, harsh sounds, animals become the cause of fear. Try to calm the hiccuping pet with a gentle, calm voice and gentle strokes.

Post-meal hiccups can be relieved by giving the dog a drink of warm water and massaging the belly. This is especially helpful for puppies. The mother dog licks the bellies of her cubs from birth to relieve any discomfort. Over time, this function can be performed by a person.

The usual “episodic” hiccups should go away within a few minutes after the onset or start of rescue procedures. If this does not happen or the hiccups in the dog appear constantly, you need to see a doctor.

In pneumonia and bronchitis, the chest organs can touch the vagus nerve, causing prolonged hiccups;

With stomach ulcers, pancreatitis, gastritis, various intestinal diseases, the mucous membrane of the gastrointestinal tract becomes inflamed and, in some cases, irritates the vagus nerve;

With myocardial infarction, along with other symptoms, hiccups may begin, which is important to know, given that dogs have a higher pain threshold than humans – they may not pay attention to pain for a long time;

With brain trauma, stroke, inflammation in the central nervous system, nerves die, disrupting the transmission of impulses, which can knock down the vagus nerve and cause hiccups;

With severe intoxication, hiccups arise from the effects of hazardous substances on the body. Poisoning can occur with severe renal failure, improper medication, poisoning by the waste products of microorganisms during infection. 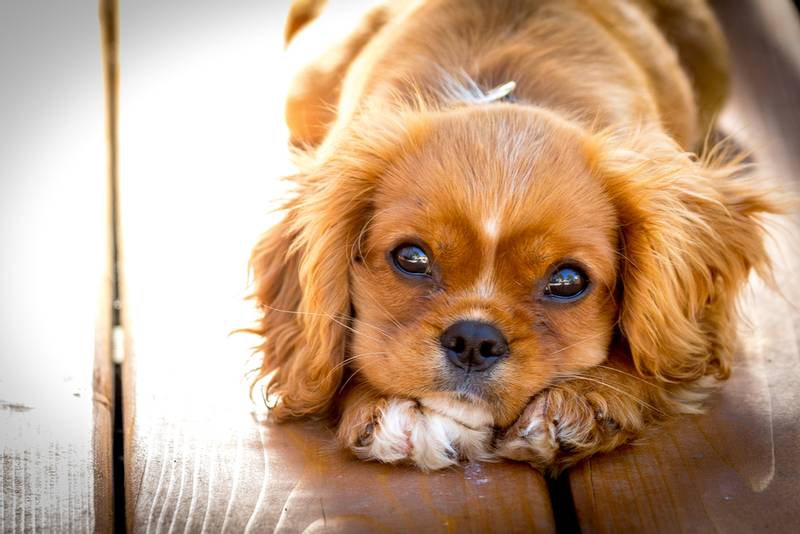 Prolonged hiccups can only be cured with medication and only after a thorough examination by a specialist. It is not an independent disease, but, along with other pronounced symptoms, speaks of problems in the dog’s body that need to be addressed immediately.