The English Pointer is a gambling hunter and loyal companion who can turn any field trip into a mesmerizing game hunting show. Combining the genes of the most prey breeds, this spectacular “birder” has a phenomenal flair and incredibly hard work. It is not for nothing that in hunting communities the owners of Pointers enjoy well-deserved respect, being considered the owners of unique and elite pets. As befits an English aristocrat, Pointer is picky enough not to mix work and everyday life. There is no need to worry about a cat and other fluffy pets – the dog will not encroach on their life outside of hunting. 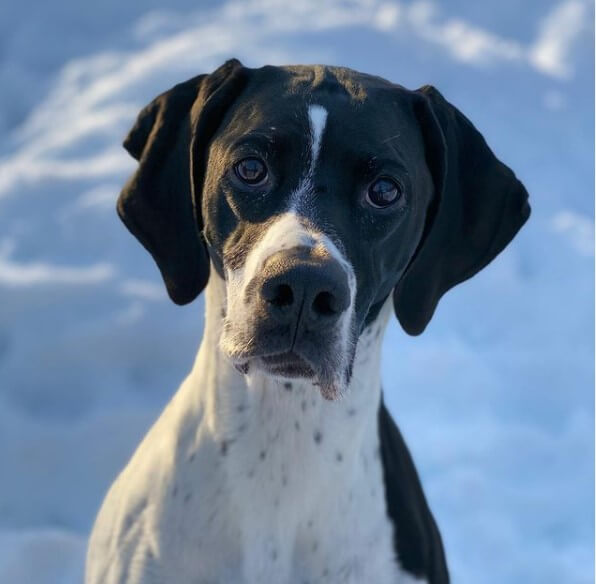 History of the English Pointer Breed 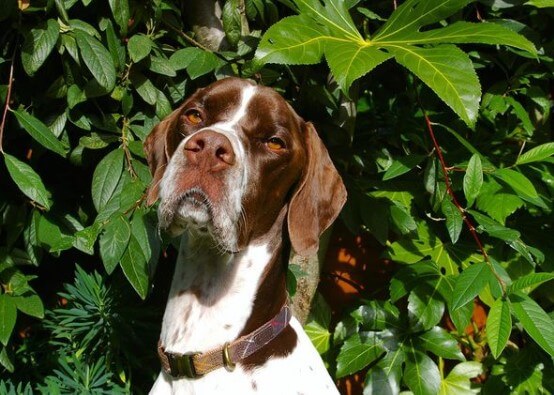 The English Pointer is a very famous breed, not only in its homeland but also abroad. These dogs were widely used as early as the 17th century for hunting small and large game. In turn, they are descended from the Spanish hunting dogs Perro de Punta Espanyol, or Spanish Pointers, which have a very ancient history, and are mentioned by Pliny in the 1st century AD.

The Spanish Pointers were trained by Christian monks, and after the arrival of the Muslim conquerors in the Iberian Peninsula, they were widely used for falconry. The dog found dead prey and stopped there, waiting for the owner. This principle of hunting, sometimes slightly modified (the dog carefully brings the game to its owner in its mouth) is still used today, although firearms have long been used instead of falcons.

In the 17th and 18th centuries, the British brought these dogs everywhere to England, where they created the English Pointer on their basis. They set out to create a faster and more efficient dog than the Spanish ancestor, selecting only the fastest, hardiest dogs with the best sense of smell and hearing. The British managed to create their own unique dogs, which they are rightfully proud of.

In the middle of the 19th century, the Pointer was brought to America, where the Setter was used as a hunting dog at that time. Of course, he could not seriously compete with the English Pointer, and the latter began to rapidly gain popularity among American hunters.

The Westminster Kennel Club emblem depicts a Pointer dog named Sensation – she had a huge impact on the development of the breed in the United States, being brought from England. Despite the fact that the dog is commonly called the English Pointer, in the official registries, it is referred to simply as a Pointer. 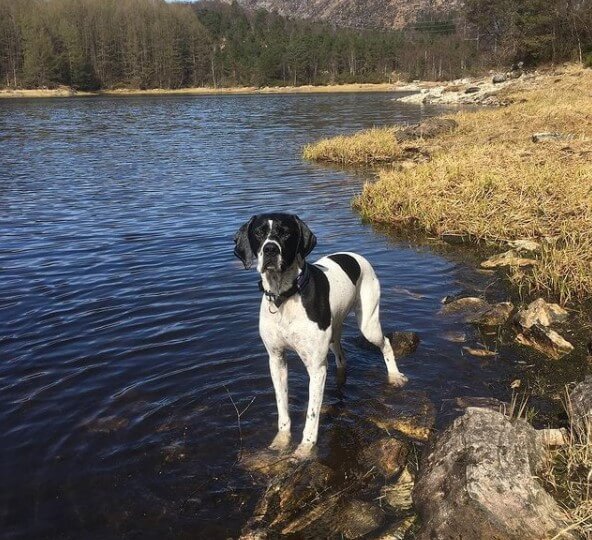 The Pointing Dog breed has a lean physique and long limbs, which allows them to develop high speed while running and chasing prey. The ears are long, flat, hanging down the sides of the head. The position of the head and neck so that they are in line with the body or below is also important when chasing and running. It is a smooth-haired breed that comes in a variety of colors. 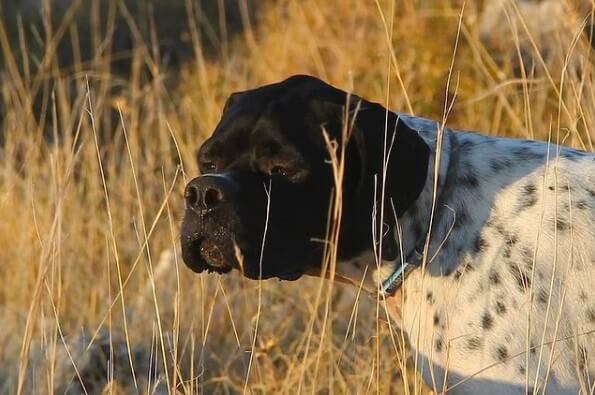 Developed hunting instincts did not crush the inner companion and friend of a person in Pointer, so it will not be difficult to get along with a four-legged athlete. Unlike most hunting breeds, these intelligent dogs willingly listen not only to the owner’s opinion, so that any member of the family who interacts with it from puppyhood can correct the dog’s behavior. The only caveat: in response to the willingness to cooperate, the dog requires timely human attention, expressed in communication, joint games, and walks.

The territorial instincts of the English Pointers are muted, so don’t try to impose a watchdog job on the breed. Yes, a bored dog is able to phlegmatically bark at a stranger who has opened the door ajar, but this is where his mission, as a guard, ends. A Pointer is not engaged in the persecution of small pets, although occasionally it can fall on a mouse accidentally running by. The only one with whom the breed has not yet managed to get along is poultry, so when going with a dog on vacation to the countryside, you will have to constantly keep your finger on the pulse. Neighboring chickens, ducks, and geese introduce into an incredible temptation, which they cannot resist.

When describing the nature of the Pointer, breeders often joke that the breed actually has only two desires: to run and to hunt. It makes sense to bring home dogs of this breed only when you are ready to run with him through the fields and swamps. In other cases, the restless Pointer should prefer a less groovy pet. In relation to children, pets are moderately patient and condescending. The dog, of course, will not turn into a vigilant nanny, but will gladly participate in outdoor games in which the smallest family members are involved.

Hunting with a Pointer 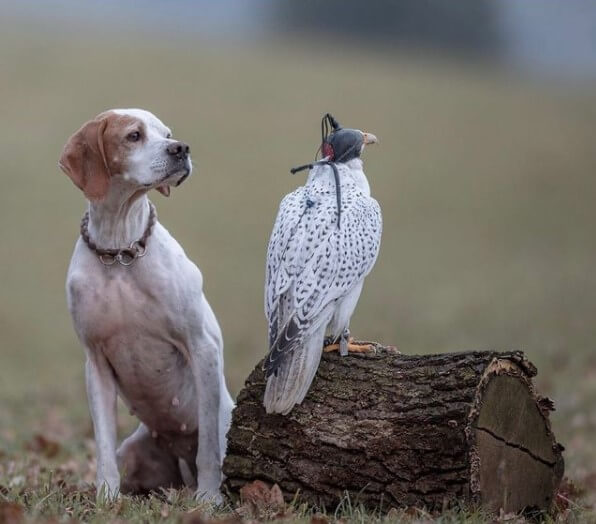 Pointers are highly specialized dogs, ideally working with a distant sense of smell. This means that the dog picks up the smell of potential prey, spreading through the air, along with the rest of the field smells. Having found the object of pursuit, the dog must signal this to the owner by making a stance. The next stage of the hunt is the eyeliner and raising of the bird on the wing, that is, the animal must get close to the feathered game and scare it away so that the person makes the maximum aimed shot.

An important nuance of hunting with an English Pointer is the loyalty of flair. It happens that the dog makes a mistake and makes a stand in the place of the bird’s seat (the location where the game hid earlier and from where it managed to fly away) or takes non-commercial birds for prey. In addition, the breed is characterized by a fast search, during which the dog explores the entire area of ​​the field.

For a full-fledged work with the Pointer, it is necessary to master the shuttle course – when the dog rushes in front of the hunter, crossing his path in a parallel movement. In this case, the distance between every two such parallels should be at least 10 meters if the hunt takes place on level ground.

Formally, Pointers are not focused on bringing a shot bird, but in practice, some dogs succeed. Of course, the dog will have to be taught to go into the water and swim for prey, but if you approach the process correctly, then it won’t take much time to develop the skill. The only difficulty is the warmth of the breed, because of which swimming in November ponds and swamps may not have the best effect on the dog’s health.

As for the duration of the hunt, it can be different at the beginning and end of the season. If a dog went out into a field or forest after a long break, it does not yet have sufficient endurance, which means that you can work with it no more than 3-4 hours a day. Moreover, if Poynter is young enough, he needs to take 15-minute breaks during the entire period of work. By the end of the hunting season, the dog becomes stronger and able to work longer, so the timing of hunting trips can be extended to 4 hours in the morning and 3 hours in the evening. It is also unacceptable to take a pet out hunting for more than three days in a row – during the season, even the most tireless dogs need a timeout of a couple of days. 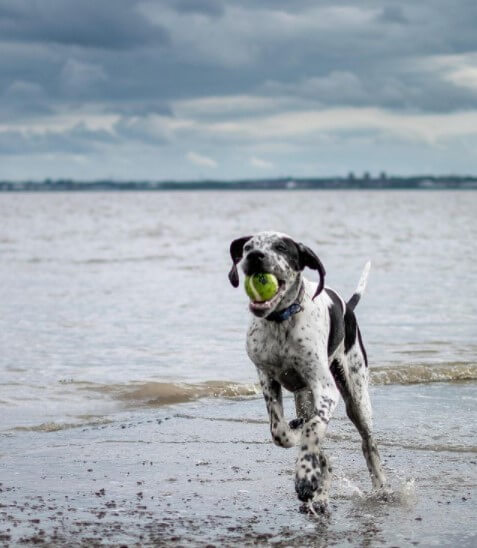 The English Pointing dog breed needs daily walks, even if they are playful. There are two options for the development of events: the first is the upbringing of a real hunter in a dog, the second is the upbringing of a kind and loyal family member with whom it is interesting to spend time with both adults and children.

The first option requires specialized training, which must be done by an experienced person. If you are not a hunter, you can work with the personality of the dog yourself. In any case, you need to avoid aggression, beatings, shouts, especially if you shout unfairly and unreasonably because the animal perfectly understands such things.

If you are going for a walk, ideally you want your pet to literally get tired of running – then he will feel happy. Also, you should definitely take time outside for active games and training, so that the dog sees and feels the attention of the owner. 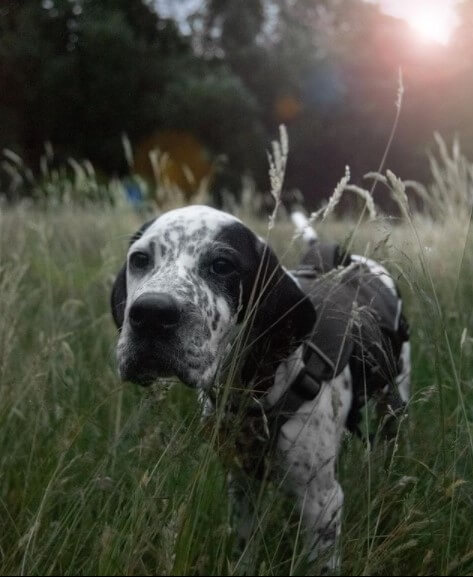 Heat-loving and sociable Pointers will be equally uncomfortable in a street booth and in the cramped conditions of a city apartment. The optimal housing for a dog is a house with a large yard, where the dog will not be restricted in movement and will be willing to both let in and out of the room. Some owners prefer to keep their wards in enclosures. This is not ideal, but it is permissible provided that the aviary and the booth located in it are insulated as much as possible. Remember, the pet’s habitat should not be located in a damp and dark corner, but it also has no place in direct sunlight.

It is unacceptable to keep the English Pointer on a leash – the dog must move freely around the territory of the fenced yard and home. At the same time, bypassing the master’s possessions does not cancel daily walks. Twice a day, the Pointer must make a one and a half hour promenade outside his own yard, regardless of the weather. 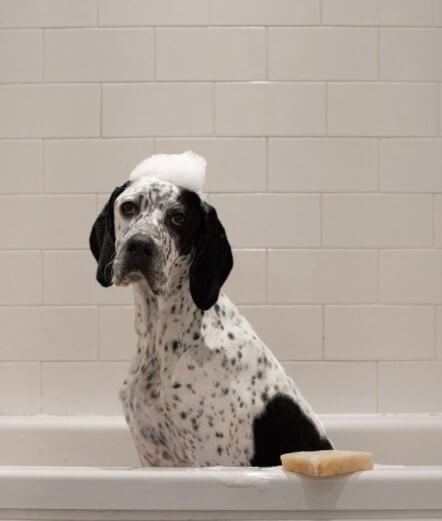 Their short, sleek coat requires almost no maintenance. After walking or hunting, be sure to examine the animal for ticks, scratches, and other unpleasant nuances, since Poynter loves to climb bushes, tea leaves, etc. You need to bathe the dog at least once a week or more often, trim the nails in time, clean the ears and eyes from deposits. 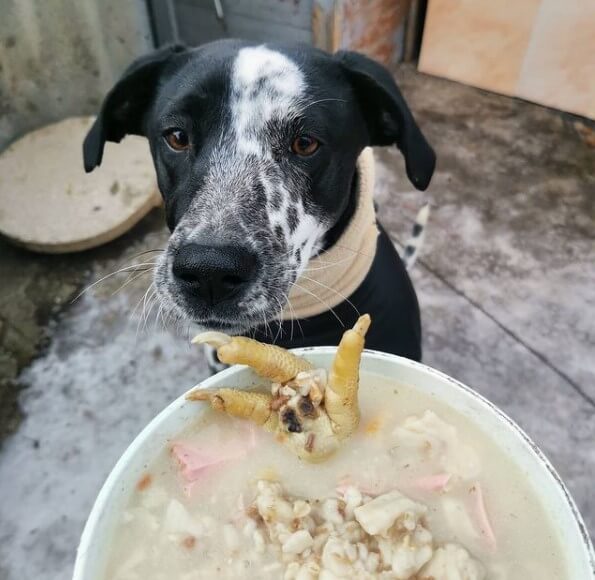 As a true hunter, the English Pointer is supposed to be fed with lean stringy meat, as well as offal. Sea fish, cut to a fillet state, low-fat cottage cheese, and chicken eggs are introduced into the diet several times a week to meet the body’s need for protein. For Pointers, fat can be sourced from butter, vegetable oil, and beef tallow. True, the latter product is suitable for exceptionally healthy and active dogs.

The most popular dish among experienced owners is meat porridge. It is cooked with rice and buckwheat groats, adding pieces of carrot or pumpkin. Growing pets benefit from veterinarian-selected calcium supplements. The feeding frequency of the Pointers is the same as for other hunting breeds. Up to two months of age, puppies are fed up to 6 times a day, from two to four months – 5 times, from four to five months – 4 times, from five months to six months – 3 times, from six months – twice a day. 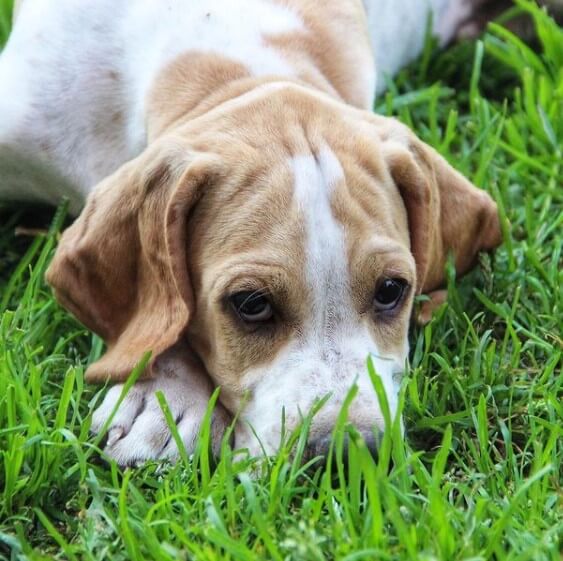 Veterinarians describe the English Pointers as a robust, healthy breed, but with a predisposition to arthritis and hip dysplasia. With age, animals can overtake eye diseases – retinal atrophy, corneal dysplasia, cataracts. Sometimes pointers are diagnosed with pannus, a chronic inflammation of the cornea and limbus, which manifests itself mainly in individuals over 4 years old. 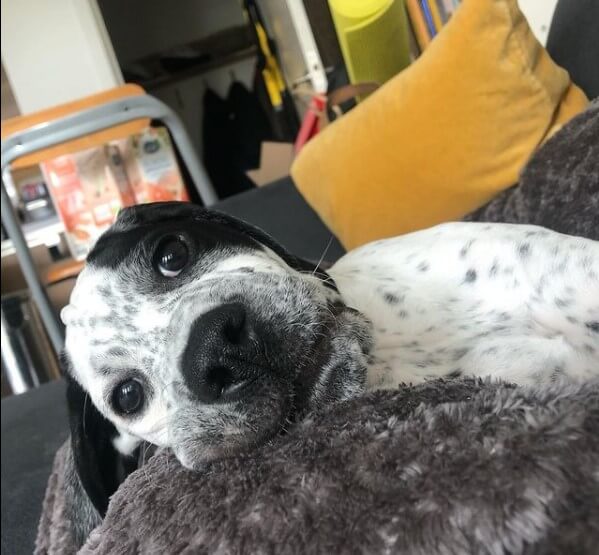