The Exotic Shorthair is a particularly magical creature. Rather comfortable and with little urge to move, representatives of the breed are very people-oriented. The intelligent and graceful exotics love attention and are usually very devoted to their food. With their short-haired fur and expressive eyes, Exotic Shorthair cats are eye-catchers and will quickly win your affection with their gentle nature.

History and Origin of the Exotic Shorthair 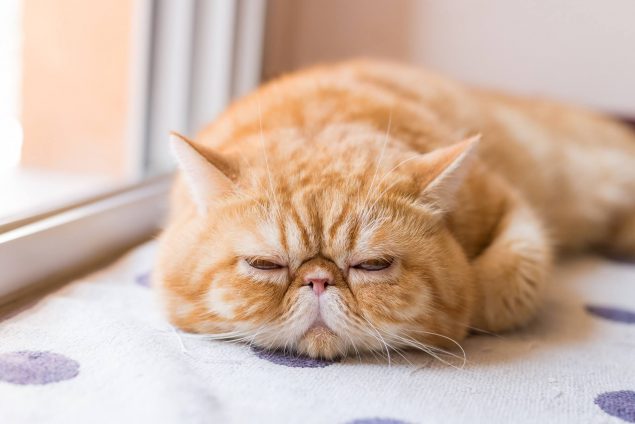 The Exotic Shorthair cat is unique in its kind. With her proud personality, she is nevertheless extremely people-oriented. The Exotic Shorthair cat is rarely averse to a cozy nap and, if possible, will look for a cozy place with his favorite person. So if you decide to get an Exotic Shorthair, you have to expect that she will insist on sharing the sofa with you. With a lot of charm and lovable nature, she is one of those quiet and lazy cats who approach life in a relaxed manner and whose urge to move is very low. This balanced and relaxed nature also has a calming effect on people and hardly anyone can escape this charisma. Nonetheless, representatives of the breed do know what they want and manage to get their way in an amicable manner.

The Appearance of the Exotic Shorthair

While looks aren’t everything, that’s one of the main reasons the lovable Exotic Shorthair cat breed is so popular. The Exotic Shorthair breed today produces cats in all the colors known for Persians. If you want to buy an Exotic Shorthair, you will find kittens in the colors white, black, blue, red, cream, lilac, and chocolate. Depending on the breed, kittens can be found in chinchilla, color point or tabby patterns, tabby, brindle and spotted.

Typical of the Exotic Shorthair cat is their thick fur with a thick undercoat. This gives the pedigree cat its typical plush teddy bear look, which will surely make you melt away and which kittens already have. A stocky figure and thick legs are also typical of the medium-sized to large cat breed. Large, round paws round off the unusual look of these peaceful cats. While cats of the breed weigh four to seven kilos, tomcats can reach a significantly higher weight. The cats with round eyes are also characterized by a strong head, which is typical for Persian cats. The broad, short snub nose and the rather flat face are also unmistakable.

Exotic Shorthair cats are considered to be easy to care for and are also often referred to as “Persian cats for the lazy”. The cat loves being with people and is ideal for both single people and families. Even with dogs, the Exotic Shorthair gets along without any problems after a period of getting used to them. With their sociable nature, they adapt to your life situation and approach both children and visitors without shyness and quickly win new fans with their sociable nature.

Basically, Exotic Shorthair cats are ideal indoor cats that simply enjoy life with their people and are quite frugal. But like all cats, Exotic Shorthair cats are happy if you can give them free rein, because, despite their calm nature and little urge to move, the animals enjoy a foray into nature. In contrast to other breeds, the radius in which the Exotic Shorthair cats usually move when they are free is small and so they never take forays far from home, because of the comfortable sofa, and the well-stocked food bowl, and of course, theirs are waiting there reference persons.

Thanks to their calm and good-natured nature, the pedigree cats are not upset even by a turbulent family life with bright children, and they can also easily enjoy life in a quiet single apartment. Whether pure housing or paired with the possibility of free-range, both are easily possible because the Exotic Shorthair is only important not to be alone for too long because they enjoy socializing and so it makes sense to provide a playmate so that the Exotic Shorthair does not have to be alone if you should be on the road for a longer period of time. Whether it’s a companion cat or a dog, the Exotic Shorthair just loves to have company.