The English Burmilla is a people-loving animal that enjoys the company of its owner to the fullest and cannot resist a stroke. In this country, the silver shorthair cat is still quite unknown. That is why we have put together the most important information about the Burmilla for you below.

History and Origin of the Burmilla

The history of the origin of the Burmilla in chronological overview: 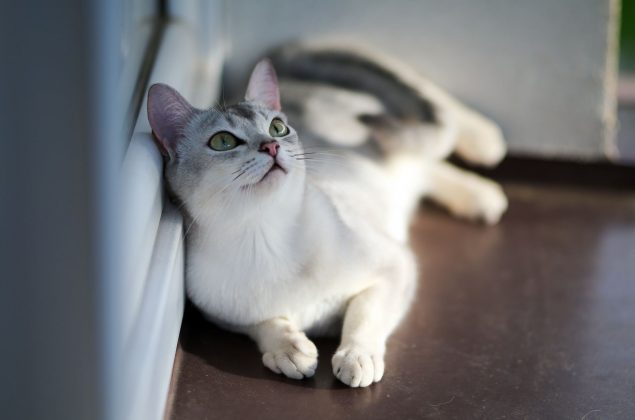 The Burmilla is people-oriented and loyal. Their sociability is not limited to just interacting with their owner, but includes all family members, regardless of age or species. Against this background, keeping multiple cats is highly recommended, since the Burmilla’s need for attention is then redistributed more harmoniously from humans to their playmates. Nevertheless, Burmilla does not want to do without her owner. So if you keep this cat, you should be at home a lot. Although the Burmilla is very affectionate and always enthusiastic about being stroked, it sometimes wants to play exuberantly. If she feels like it, she expressly asks her human to do so. Because the Burmilla is very clever, you can combine the physical activities with small learning units (example: clicker training). So the cat is in a physical and cognitive balance.

The Appearance of the Burmilla

The Burmilla male is a medium-sized cat weighing up to 6.5 kg, the females weigh almost two kilos less and appear correspondingly small. Burmillas are sporty and muscular, but at the same time appear delicate and elegant. The ears are rounded and ensure that the Burmilla’s points of view flow into one another. Overall, the head appears strong, spherical-round. The almond-shaped eyes are large and green with a black rim that contrasts starkly with the pastel complexion.

The fur of the Burmilla is in colors

However, the basic color is always silvery-white. The FiFe lists the Burmilla as a short-haired cat, but specimens with other coat lengths are also known.

The Burmilla is a social animal that doesn’t handle loneliness well. You should therefore integrate them into your everyday life as much as possible. How exactly your processes are timed and how many people of what age play a role is irrelevant to the cat, the main thing is that it has a permanent place within its social reference group. No breed-specific diseases are known to be associated with the Burmilla. Most cats are strong, long-lived, and healthy.

However, the likelihood of these health problems occurring is slightly increased: 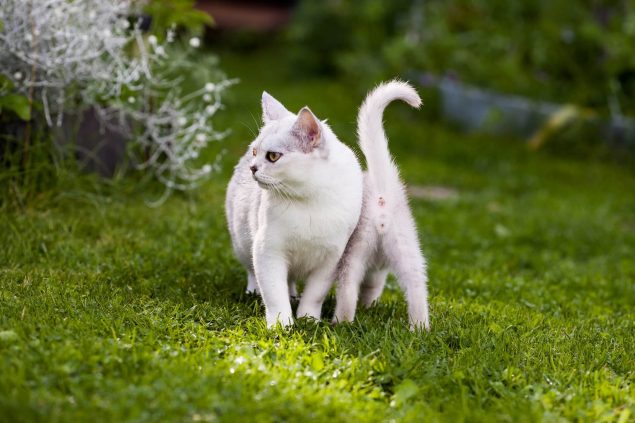 The Burmilla is a cat that is comfortable to keep indoors as it doesn’t take up much space. However, even with a calm animal, such as the Burmilla cat, there should be the opportunity for species-appropriate activity. So the cat needs an elevated lying and viewing position, a place to sharpen its claws, and some furniture to climb and play with. If you have the opportunity, you can allow the cat access to an outdoor area. However, the Burmilla is not a real outdoor cat. Not least because, as pedigree cats, they are subject to an increased risk of theft and can be caught by criminal gangs.

How much occupation does the Burmilla need?

The Burmilla is a laid-back cat and is generally very laid back. Nevertheless, there are phases in which she wants to move cat-friendly. For this purpose, a scratching post or a similar climbing element should be available. You should also use your cat’s active times to romp around with her because playing together increases the quality of social bonding. If you keep several cats, they can partly do this part for you, but you still have the responsibility for extensive cuddling.