The Dachshund Golden Retriever Blend affectionately referred to as the “Golden Dox”, is quite rare.

This is a designer breed – a trendy combination of two breeds that creates a unique puppy look.

However, unlike popular designer dogs like the Cockapoo or Labradoodle, the Golden Dox is more difficult to find.

If you’re lucky enough to come across a mix of the Dachshund Golden Retriever, here’s everything you need to know about the cute and cheeky breed. 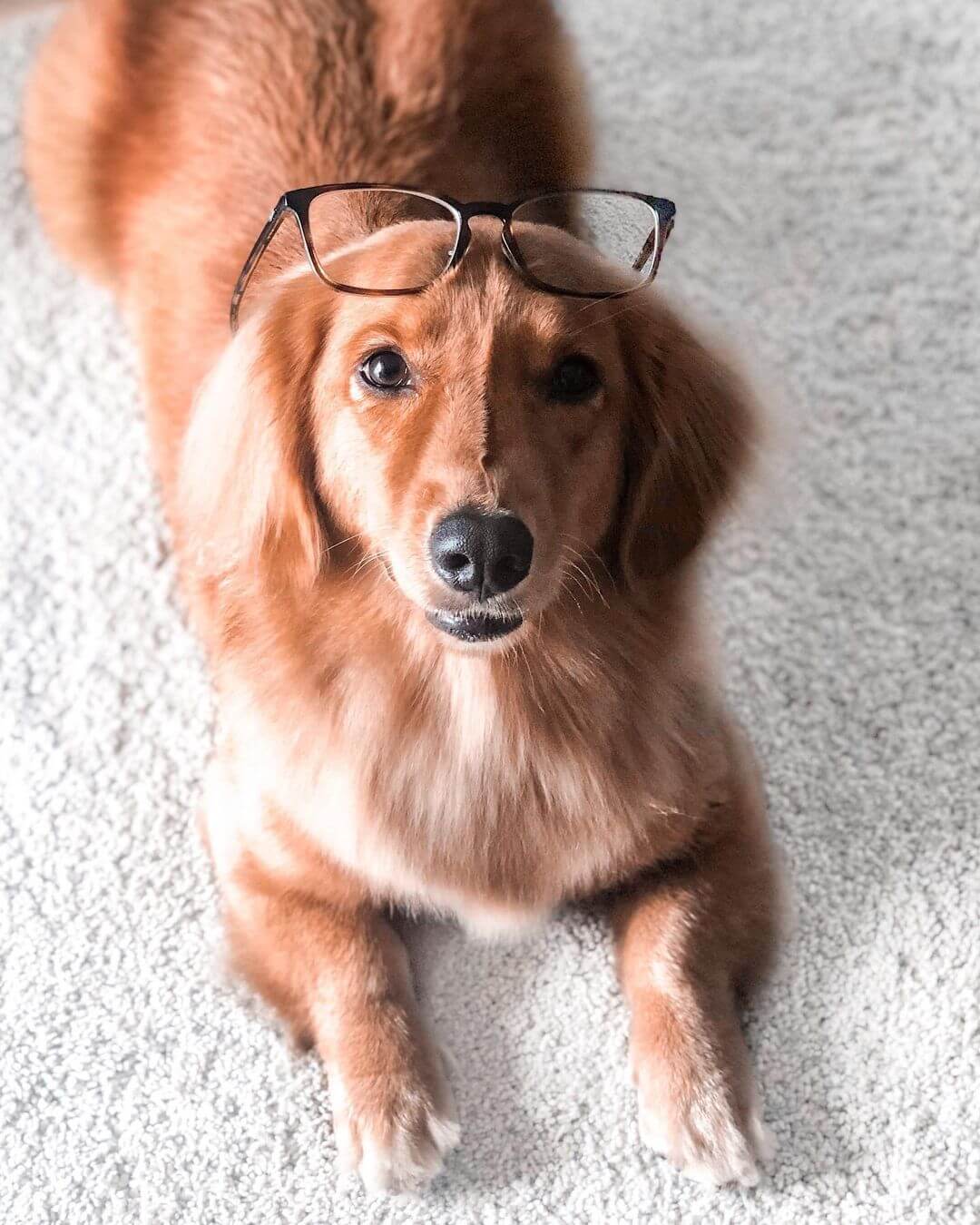 Little is known about the origins of the Golden Retriever & Dachshund, a hybrid dog breed often referred to simply as the “Golden Dox“.

But we can learn a lot about the Golden Dox by examining this dog’s world-famous purebred parents, the Golden Retriever & Dachshund!

Dogs, similar in appearance to dachshunds, are found even in ancient Egyptian images, it is believed that the modern phenotype began to form in the 16th century.

The birthplace of the breed is the German state of South Saxony.

The main ancestors are German short-legged hounds of the Bracke.

German burghers, suffering from badger raids on agricultural land, quickly appreciated the benefits of the dachshund.

The breed did not give up its positions during the active development of cities in Germany, because it was convenient and not costly to keep a dog.

Very energetic, intelligent, and devoted, the dachshund by the end of the 17th century more and more won the hearts of the Germans.

Active breeding of representatives of this breed began.

The number of dachshunds increased very quickly, the first nurseries appeared in Germany, and soon the breed began to spread throughout Europe. 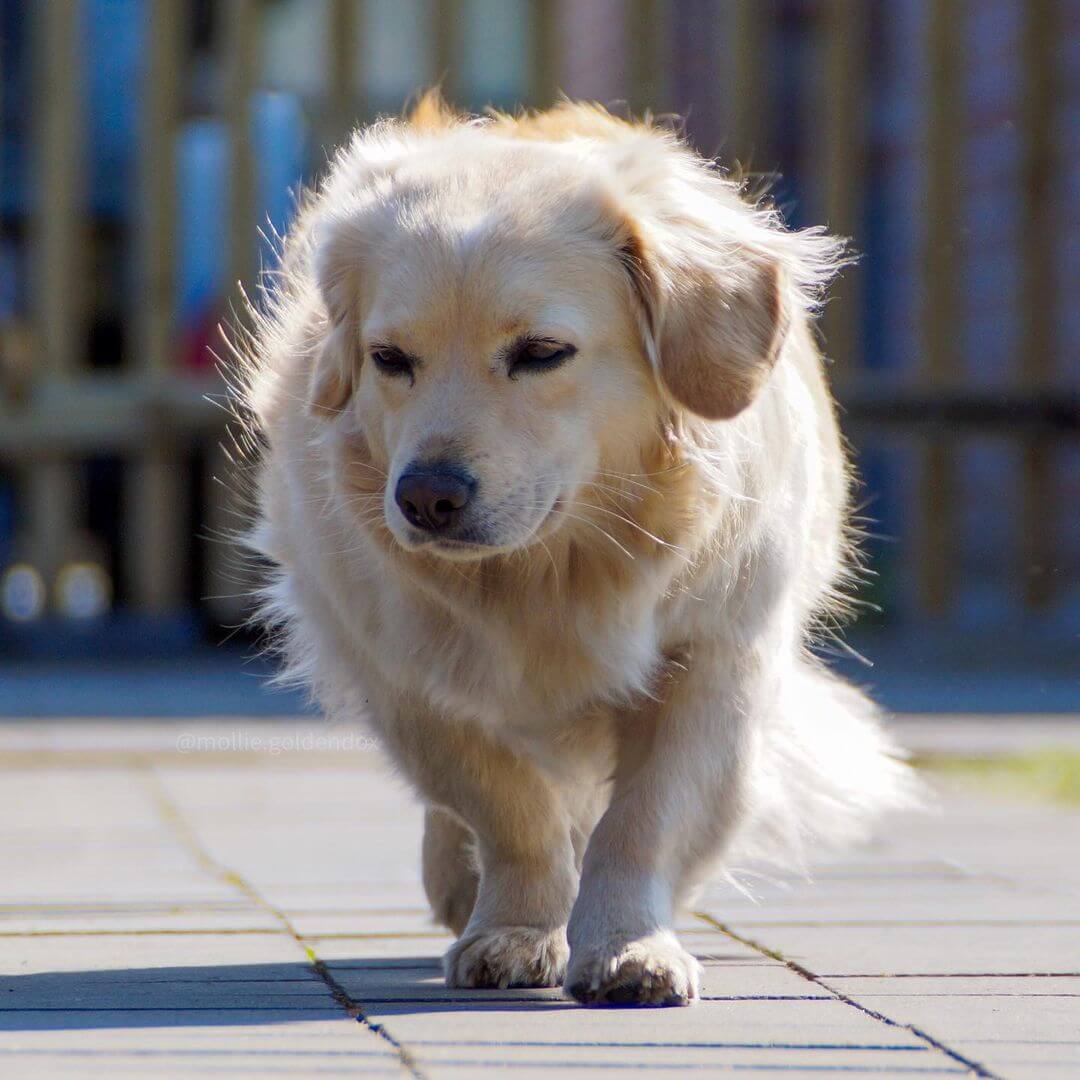 The Golden Retriever and the Dachshund are two very opposite breeds of dog.

It is perhaps best known for its thick golden fur, which is often wavy and thick.

And who can forget the golden retriever smiley face, the cute face that seems to bring out true joy?

On the other side is a dachshund. Standard dachshunds weigh males – 7-9 kg, females – at least 6.5 kg.

The main distinguishing feature of this breed of dogs is a long body with short limbs.

The color of dachshunds is yellow-red and pure red of various shades, black, gray, or brown with rusty-red or yellow clear markings, marble of the listed colors.

For wire-haired, Dachshund color is characteristic from light to dark shades.

Since the races are so different, you cannot predict exactly what the mix will look like. 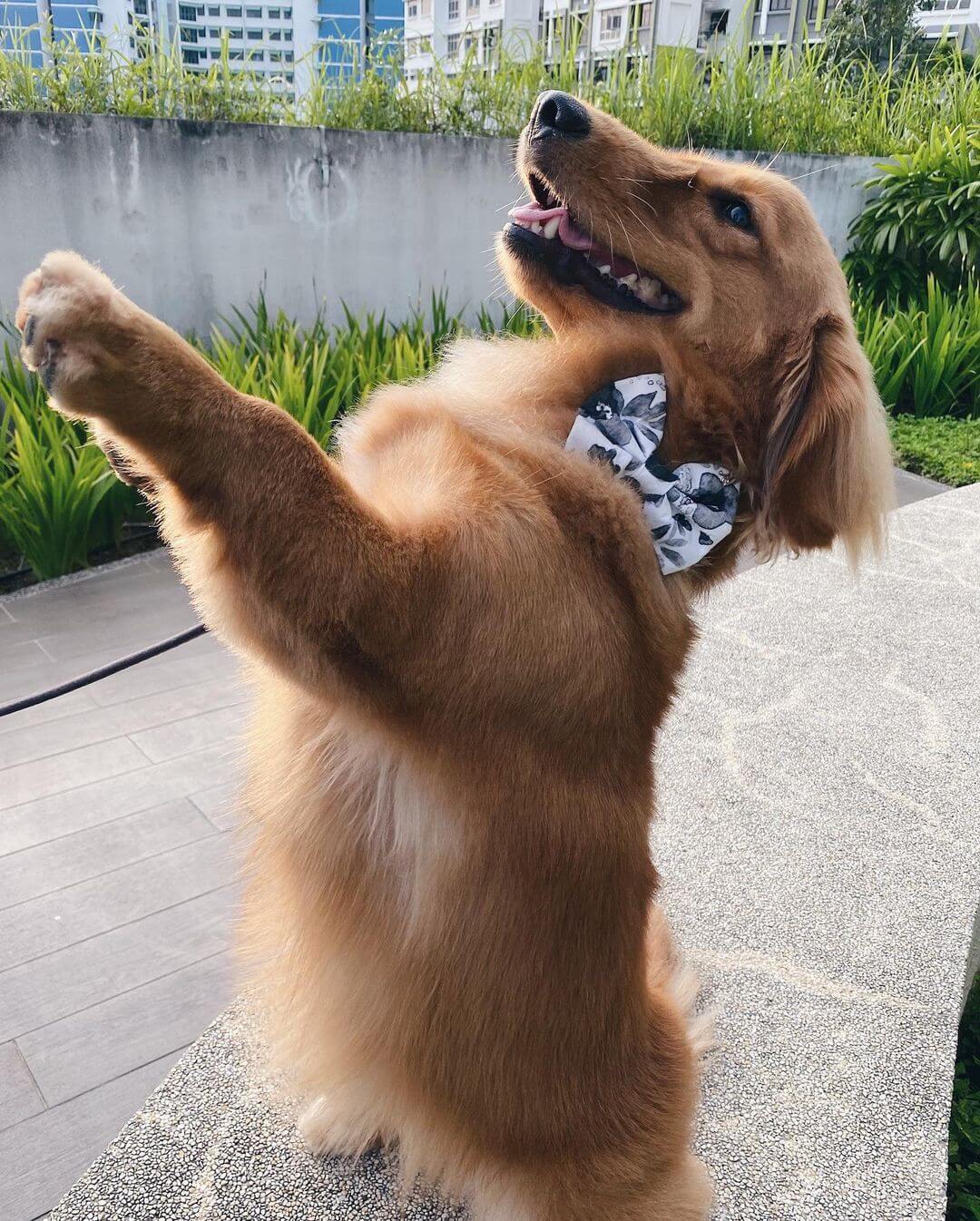 The Golden Dox is a family dog ​​that gets along well with children and other dogs, but not necessarily small pets such as cats, rabbits, and guinea pigs.

This is a smart dog who loves to spend free time with his family.

Often the breed has a stubborn dachshund trait, and along with the soft temperament of a golden retriever.

The Golden Dox is an energetic and wayward dog, but at the same time very sociable and loving to be in the spotlight.

His intelligence can make him bored if left alone for long periods of time, and destructive behavior can result.

Regular physical activity and mental stimulation is a great way to burn energy and keep it busy.

Golden Dox is friendly and barks when it thinks it’s absolutely necessary, but is more likely to greet strangers in your home with a wagging tail. 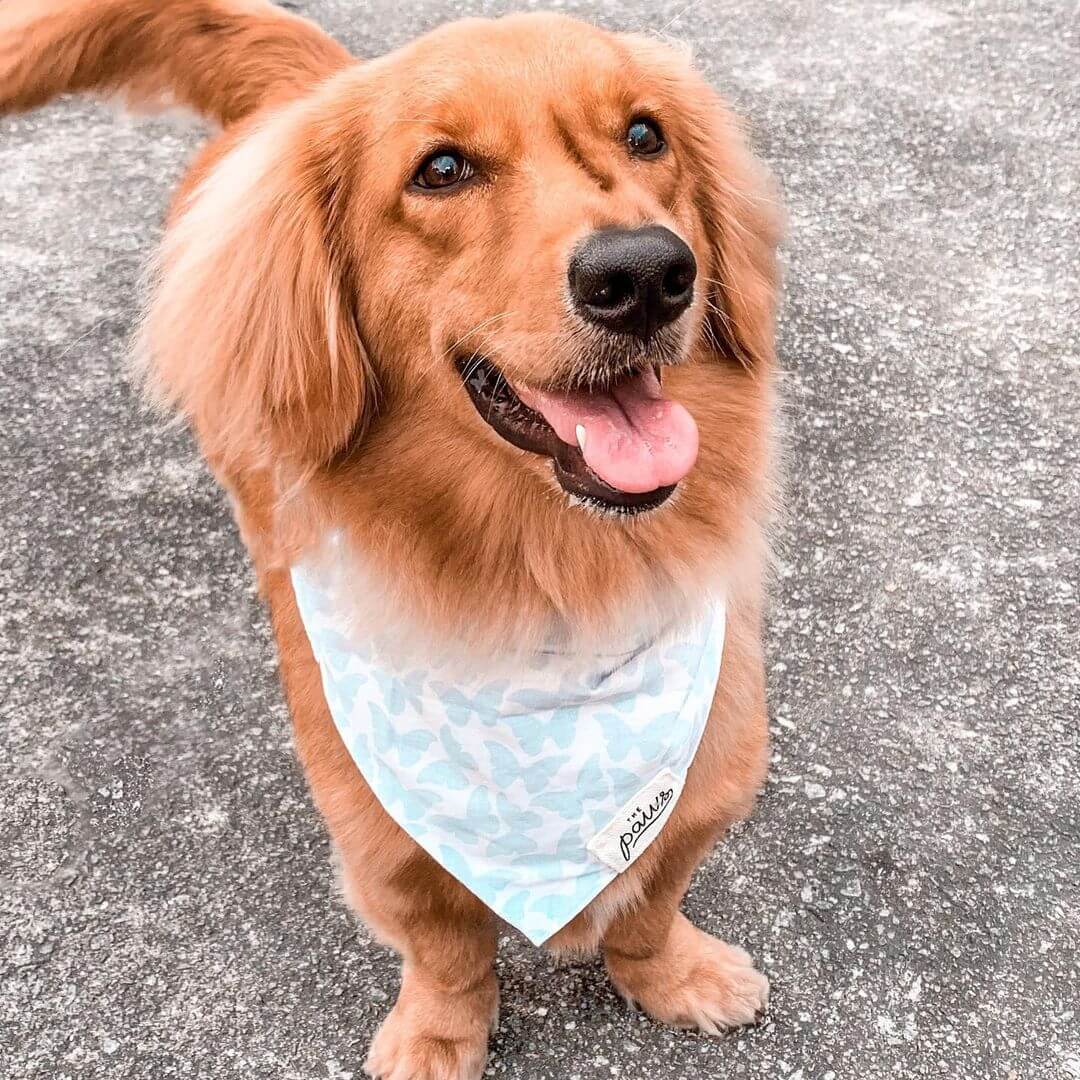 For starters, there is simply less physical area here as the mix is ​​much smaller and the coat is less fluffy. 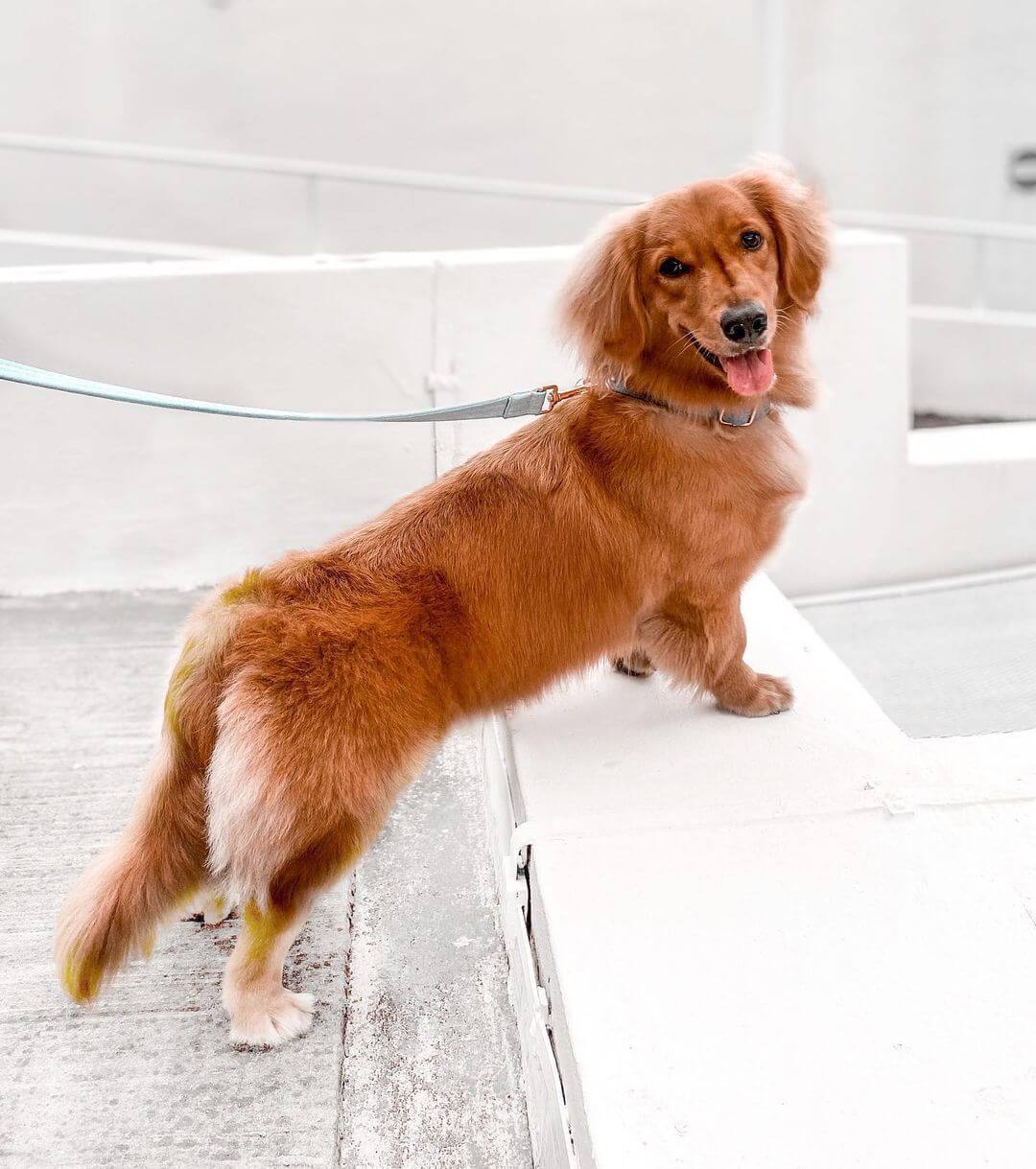 Design dogs are generally healthier than their purebred parents, however, it is always important to do a little research to better understand what your new family member might inherit from their parents in the future. With Golden Dox, there can be certain cancers in the Golden Retriever, as well as joint problems such as hip dysplasia and disc disease.

On the dachshund side, your new dog may also develop eye problems, including cataracts, keratoconjunctivitis dry (KCS), and progressive retinal atrophy (RRA). But don’t be discouraged by this list of potential health problems. Your Golden Dox can lead a long and healthy life without any health problems. 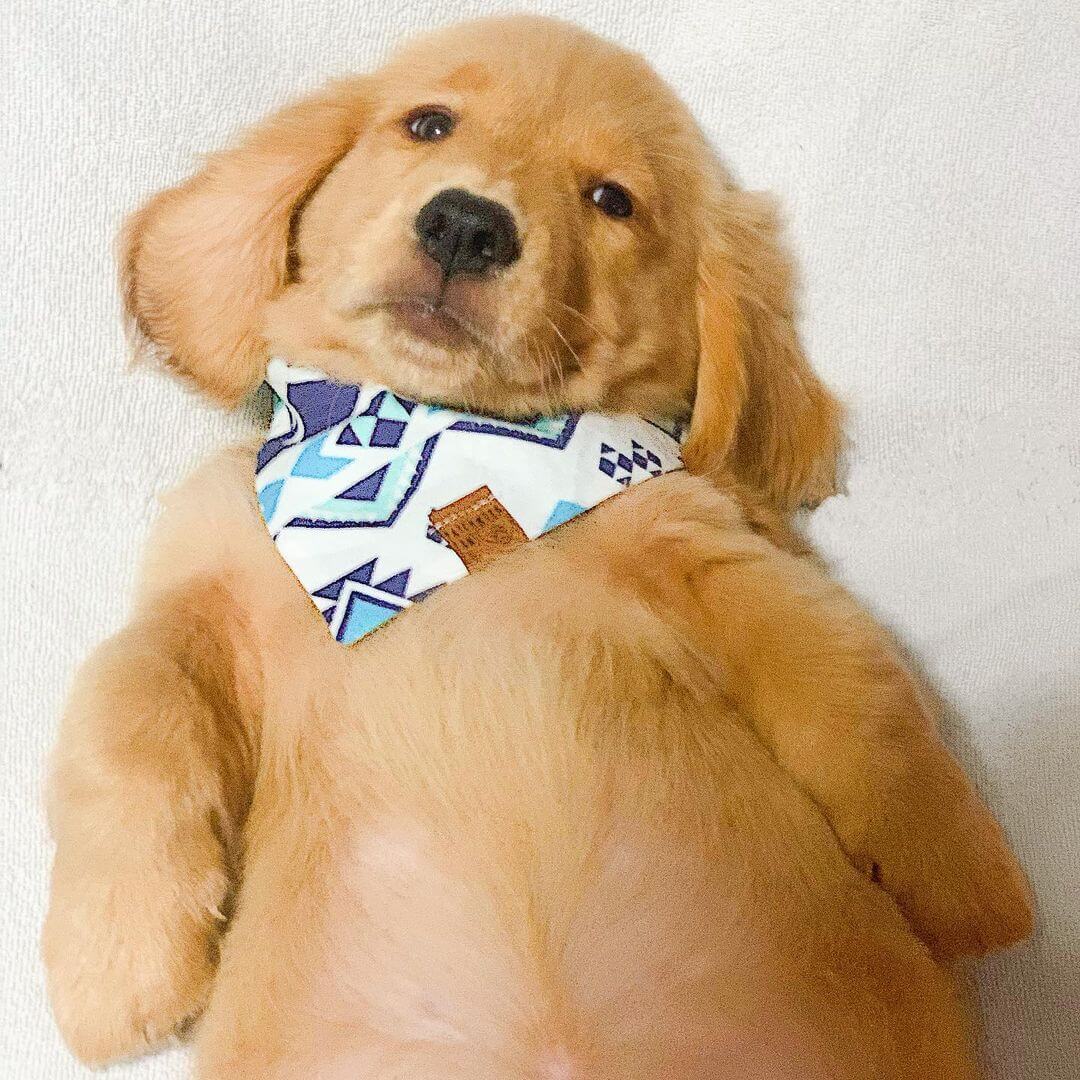 When choosing a puppy for a Golden Dox, we recommend that you refer to trusted sources.

While there are many ways to get a Golden Dox puppy, not all of them are reputable and responsible.

Do you have a Golden Dox dog?

We’d love to hear from you! Let us know in the comments!