For a long time, it was believed that baby rabbits only feed once a day and that repeated suckling is a behavioral disorder. But studies have found that it’s not uncommon for baby rabbits to be suckled multiple times a day.

For a long time, it was assumed that repeated suckling was only provoked by housing the rabbits in (too) narrow boxes. Studies have shown that suckling rabbits several times a day is not only typical of the species, there are also individual differences between the individual animals. 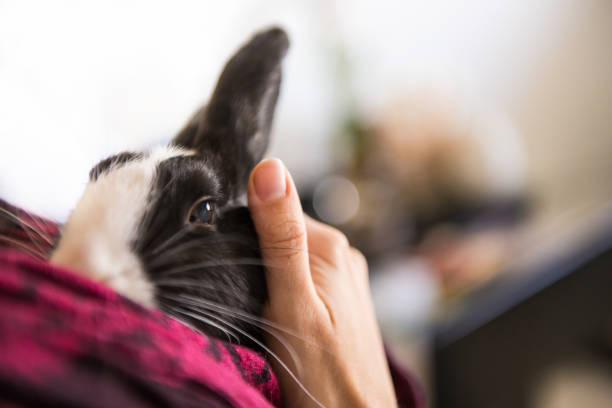 Several years of studies by Prof. Dr. Steffen Hoy from the Institute for Animal Breeding and Domestic Animal Genetics show that it is also normal for rabbit babies to be able to drink as often as they want. The investigations were designed as follows:

As the evaluation of the recordings showed, multiple suckling is not, as is often assumed, provoked by accommodating the rabbits in boxes that are (too) narrow. The individual results of the study are:

Differences between domestic and wild rabbits 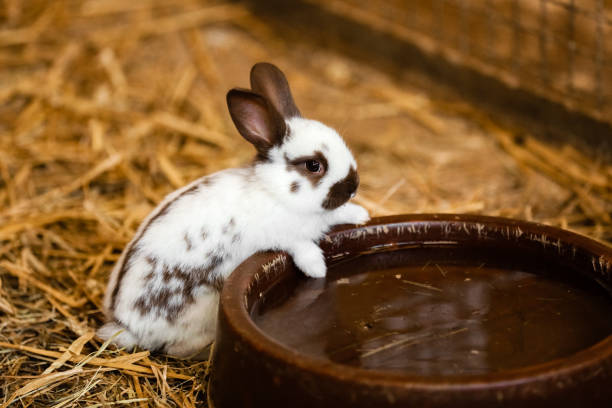 While the domestic rabbits were mainly active between 7 p.m. and 9 p.m., the wild rabbits in the study only drank after midnight. For Prof. Dr. Steffen Hoy with the light-dark cycle, which acts as a timer for the pet rabbit: “When it gets dark, the rabbit receives biological information to suckle the young. This may be due to hormones or nerve stimuli from the milk-filled teat.”. Nocturnal feeding in wild rabbits is biologically useful because it avoids alerting aerial and ground predators to the young.

“Rabbit keepers should keep this in mind when keeping their animals,” advises Prof. Hoy. “Some, for example, lock the mother animals away from the young at night. This is an intervention in the natural behavioral processes.” Therefore, parents should also explain to their children that their rabbits need rest in the evenings, especially when they have young ones.