The Pitbull Lab mix is ​​an increasingly popular crossbreed dog. Let’s find out all about them!

Is this smart, active mix the right pet for your family?

Do you want a smart, loyal, energetic, and eager dog?

Then a Pitbull Lab mix could be on your list.

Read on to find out what this popular mixed breed can bring to a family.

And how you can help your life live long happy, and healthy lives.

This guide has everything you need to know about the Labrador Pitbull Mix, from grooming tips and training to information on origins, temperament, and needs. 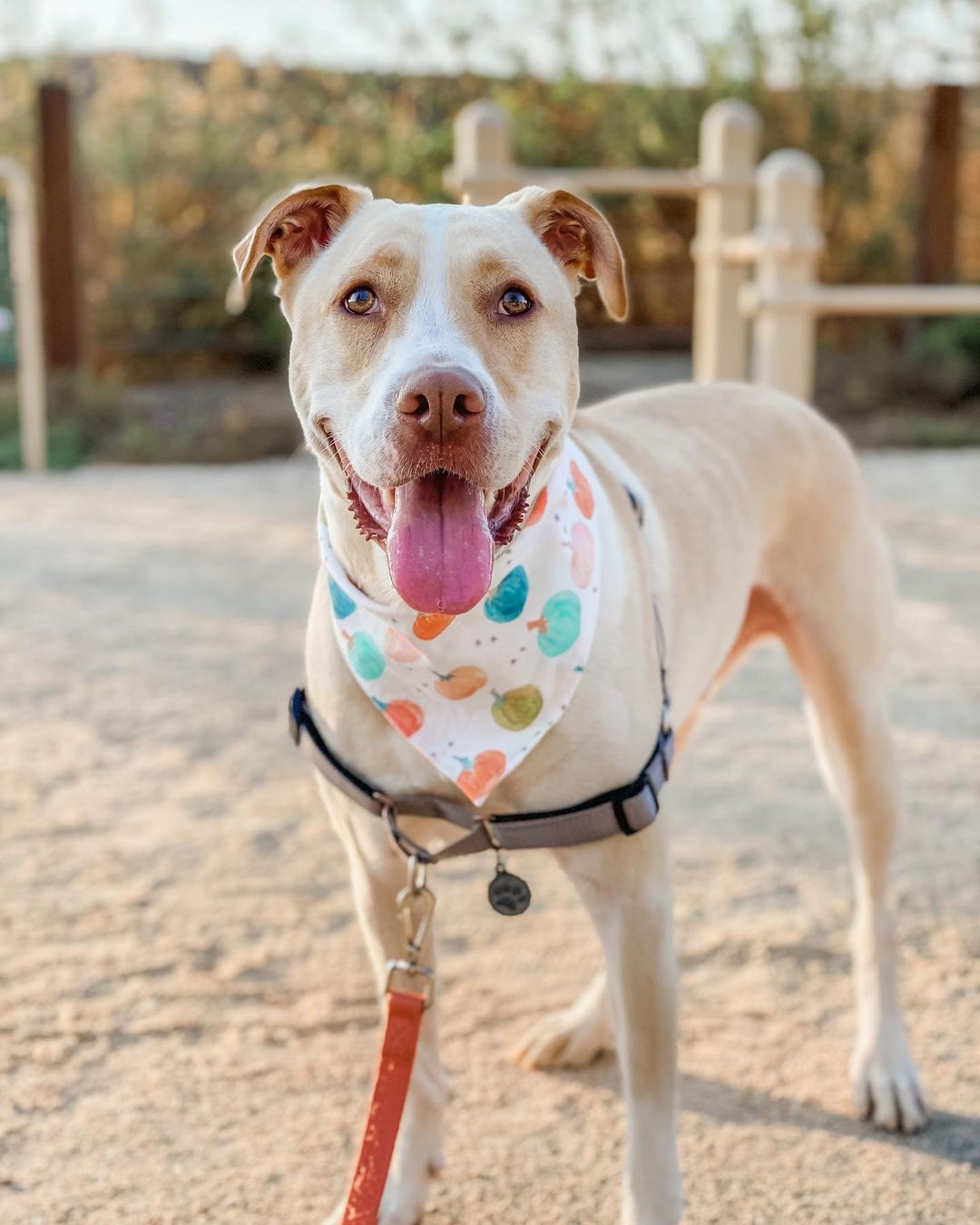 The Labrabull is a firm favorite of many dog ​​lovers who claim they are playful, active, and affectionate companions.

The increasing controversy over American pit bulls in recent years has resulted in a large amount of misinformation about the breed.

Pit bulls are banned in several countries due to their reputation as fighting dogs.

A major concern is that pit bulls won’t let go when they bite. And it’s a reasonable concern.

However, when they are well behaved, socialized, and trained these are wonderful dogs with warm, loving, and loving temperaments.

We’re going to look at ways to increase your chances of getting a confident, friendly Pit Bull cross later.

The American pit bull can trace its ancestry back to the UK, where breeders combined Old English Terriers with Old English Bull Dogs.

These breeds were used in blood sports until the practice was banned. Unfortunately, the stigma used as attack dogs has remained with pit bull breeds over the years.

Labrador Retrievers were originally bred to be hunting dogs. Considered the most popular breed of dog in America, they are popular family pets.

They are also widely used as therapy dogs, on search and rescue missions, and as guide dogs.

When creating a Pitbull Lab mix, all the qualities of the parent breeds can be passed down. In any combination

So let’s take a look at what we can expect. 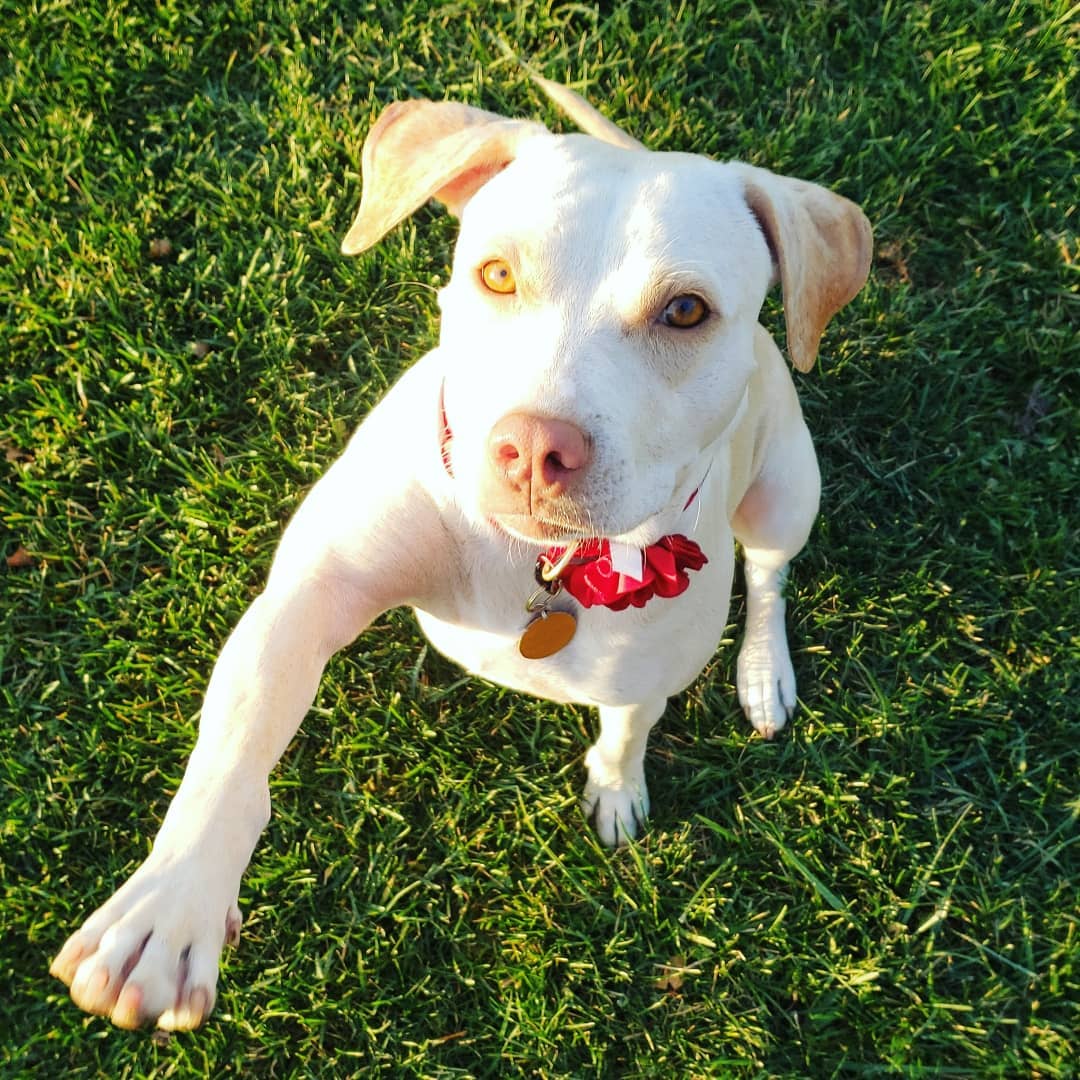 Both Labradors and Pitbulls are smart and loyal dogs.

Many Pitbull proponents praise their intelligence, willingness to learn, and love for their families.

Labrador Retrievers are known to be excellent family pets. They are friendly and outgoing and play well with other dogs.

A Pit Bull Lab mix should therefore be an enjoyable experience for his family. This super chic mutt will do anything for praise and attention.

They will need a company for much of the day because of their strong bonds. They are therefore not an ideal pet for anyone who works outside the home or who cannot bring their dog with them during the day.

Smart dogs can get bored and destructive if left to their own devices too often. 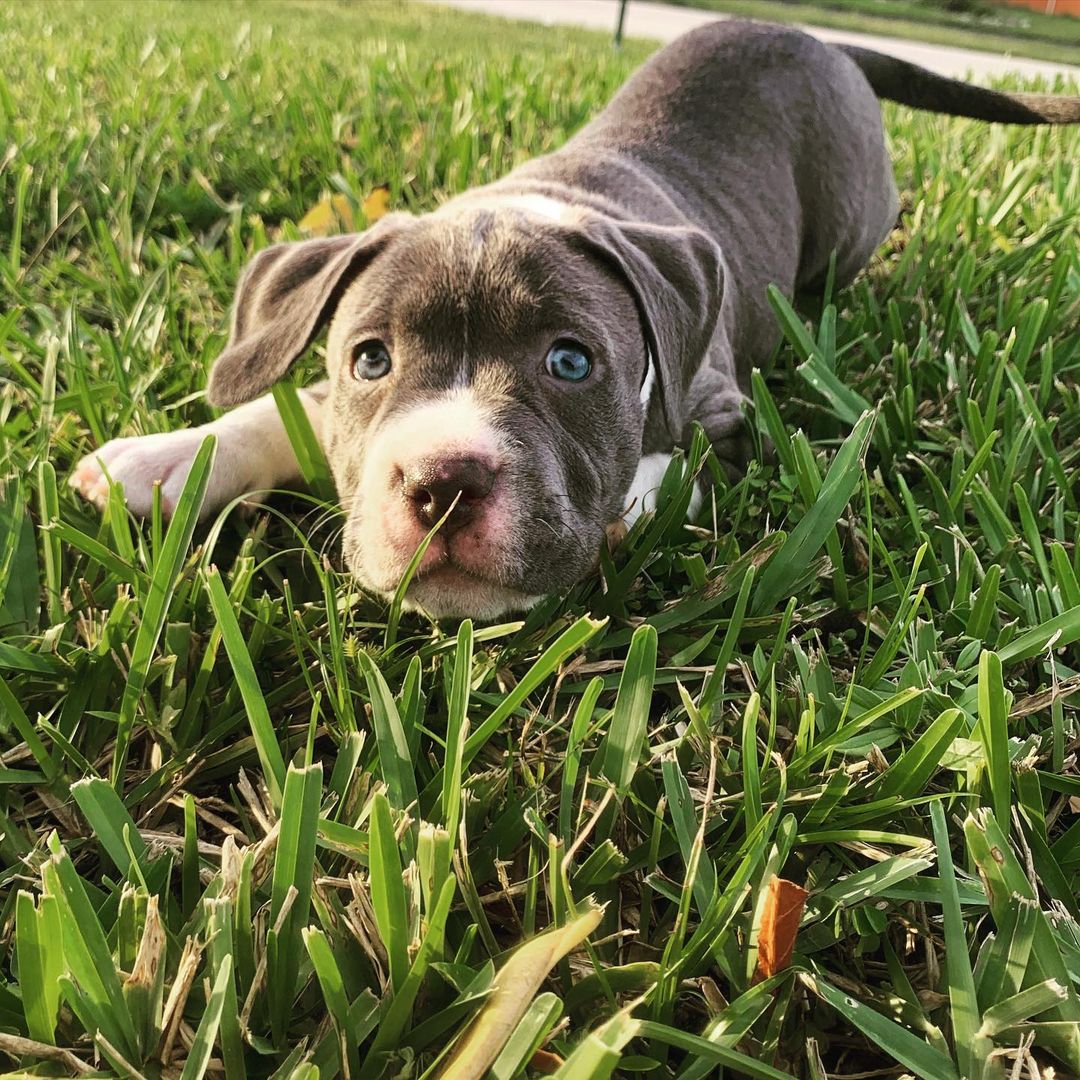 A real concern for pit bulls is the bite reflex. Compared to the bites of other dogs, the damage they can cause is much more serious.

In a study of over 200 bites over a 15 year period in a trauma center, 30 Pit Bull injuries were caused. The extent of the injuries they caused was far greater.

It’s a terrifying fact, but we can do it differently.

According to the results of 2016, the American pit bull passed the test with a pass rate of 87.4 percent and was, therefore, more balanced than the Cocker Spaniels and Beagles!

Many anti-pit-bull advocates point to the Center for Disease Control’s claim that pit bulls are among the top three biting breeds, behind Chihuahuas and Bulldogs.

However, the CDC itself admits that these numbers came from media headlines that could potentially misidentify the breed.

A recent study by Dr. James Serpell at the University of Pennsylvania went through a series of tests of different breeds and found that the three most aggressive Dachshunds, Chihuahuas and Jack Russell Terriers were the most aggressive.

What can we learn from this?

Pitbull’s may not be the most likely dog ​​to bite you. However, if it does, it is much more likely to result in serious injury or death.

This doesn’t necessarily mean you shouldn’t own a pit bull, but you need to dive into the socialization and definitely meet the pit bull parents to judge their temperament.

Although genetics play a role in aggression, how a dog is trained can have an impact.

Being a responsible owner means giving your dog the means to control their fears. This includes training, socialization, and lots of praise and support. 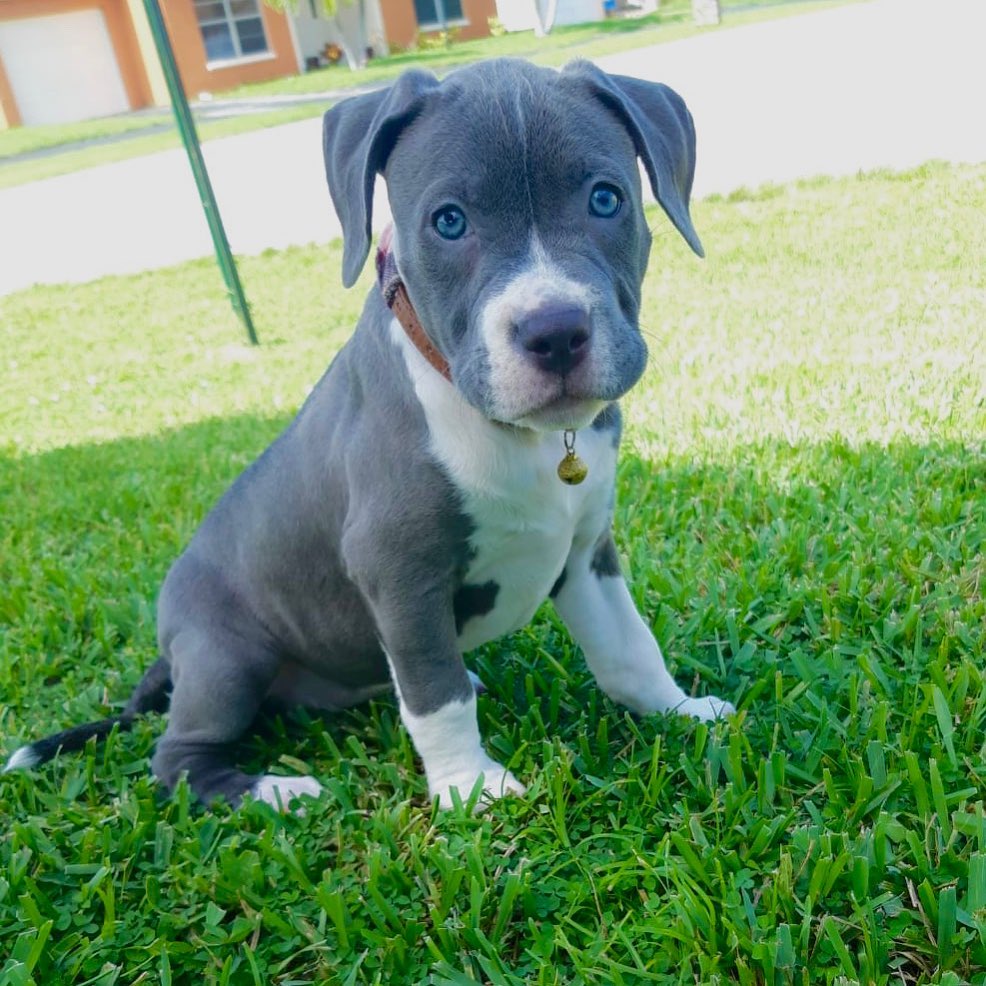 While pit bulls have a bad reputation that isn’t entirely fair, there are some truths.

The risk of biting is higher than in some breeds, the severity of the bites is much worse, and pitties can be territorial and have some protective properties.

So if you are buying a puppy with a pet parent, your first priority is socialization.

A confident dog is a safer, happier dog. Dogs become confident when exposed to situations early on that they may fear as adults.

It is very important to socialize Pitbull Lab puppies as early and often as possible.

From day one, make sure you have visitors around the house at least four times a week. Make sure there are a number of adults and children, and that each new person gives the pup praise and treats upon arrival.

Take your puppy to any place you might visit together and make sure that there are lots of people greeting them and, if possible, give them their rewards to reward them and forge a positive connection.

Supervised interaction with other dogs will teach your dog how to play properly and will respect their furry friends.

Organized play dates or behavioral classes can help your pup be a calm and happy part of a pack. 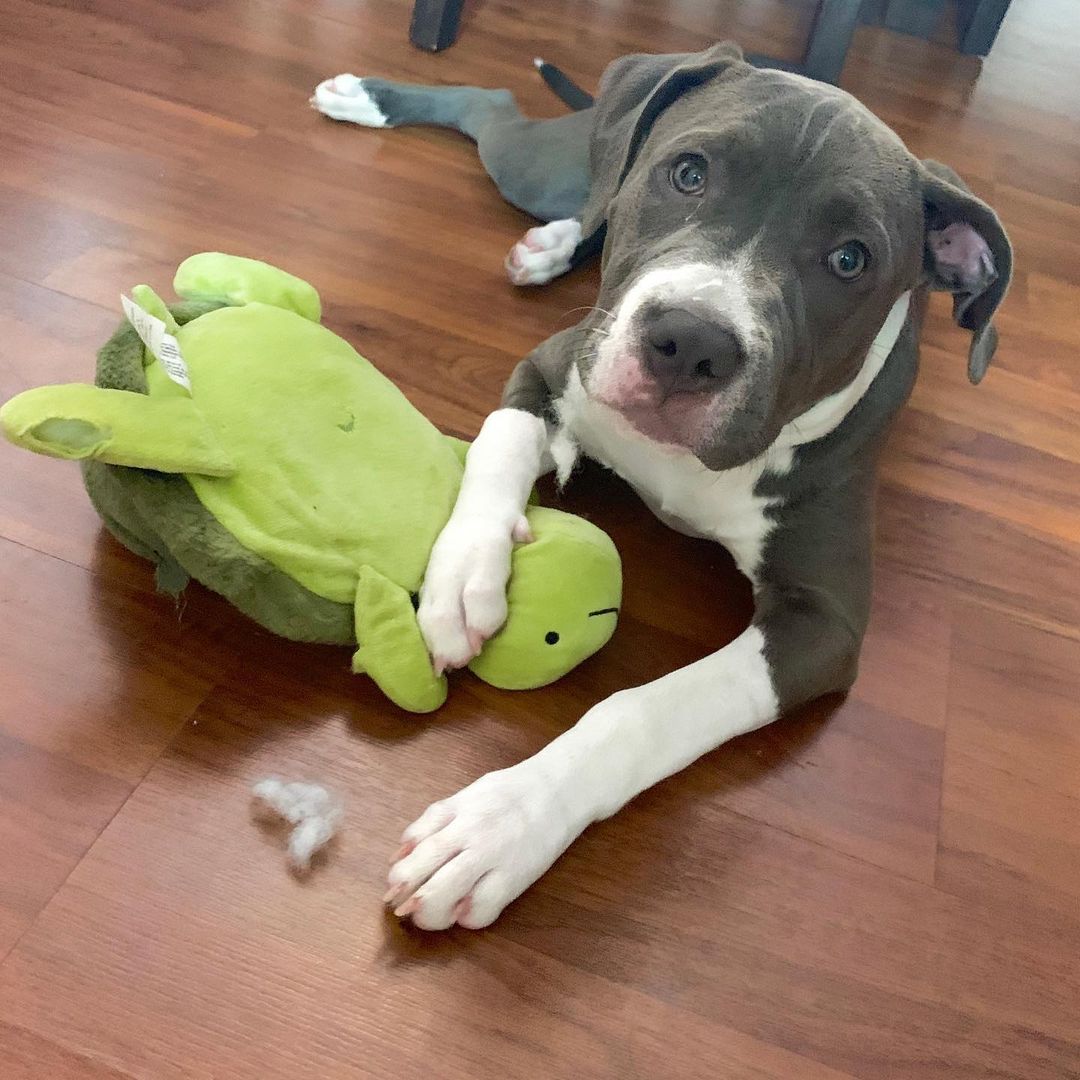 Training your Labrador and Pit Bull mix is ​​a very rewarding experience – for both dogs and owners.

Due to its extremely intelligent origins, this hybrid reacts very well to instructions and can master the basics in no time.

Both pit bull and lab breeds work best with positive reinforcement. They love to please their owners and are extremely ready.

It is not recommended to use punishment to train your pup. This can destroy trust between the dog and the owner. In addition, there may be problems with aggression in the future.

Punishing a dog will result in the warning signs not appearing. More likely biting becomes more likely in the future as they don’t know how to tell you that they are uncomfortable in a situation.

You’ll find more about it here.

Use reward-based methods and train together every day to build an even stronger bond between you. There are no guarantees when buying an intersection.

Puppies can resemble either a parent or a combination of both. Even large differences can occur within a litter.

However, Labrador and Pit Bull breeds share some similarities that will likely appear in your Pitador puppy.

Both have medium-sized, athletic frames. Pit bulls are quite muscular with wide boxes and wide, flat heads.

The laboratories are larger, have a slimmer shape, and a longer nose.

Labrabulls range from 50 to 90 lbs. They have a short and silky coat and are available in different colors.

The colors of the coat are brindle, brown, black and white, and brown. You can also find a black Lab and Pitbull mix or a chocolate lab Pitbull mix.

Another popular strain is the yellow Lab Pitbull mix.

A dog coat can change with age. For example, your gloss black Pit Bull puppy in Lab Mode is likely to get some gray around its snout and eyes as it gets older.

Thanks to the parents’ short-haired genes, the Labrador Pitbull Mix is ​​relatively easy to care for when cleaning.

Its smooth, thick coat doesn’t require much attention, so you can relax – bathe and brush when necessary.

However, during the shedding season, you may find yourself grooming a lot.

Both Labradors and Pit Bulls are generally healthy dogs.

However, there are some serious genetic disorders your puppy could inherit. Therefore, health screening of both parents is essential.

The breeder should provide evidence of good hip and elbow scores for the parents of Labrador and Pitbull.

You should also show an eye test for each of them that was done less than a year ago. And a clear DNA test for PRA blindness.

The Labrador parent should not have a family history of collapse or cruciate ligament problems.

The pit bull parent shouldn’t have any skin problems.

Don’t go to a breeder who is unwilling to provide evidence of the health of the parent dogs.

Labradors live an average of 12.5 years. The lifespan of pit bulls is roughly the same.

So this is a good guess for your puppy’s life expectancy.

This is roughly the average lifespan of medium to large breeds. 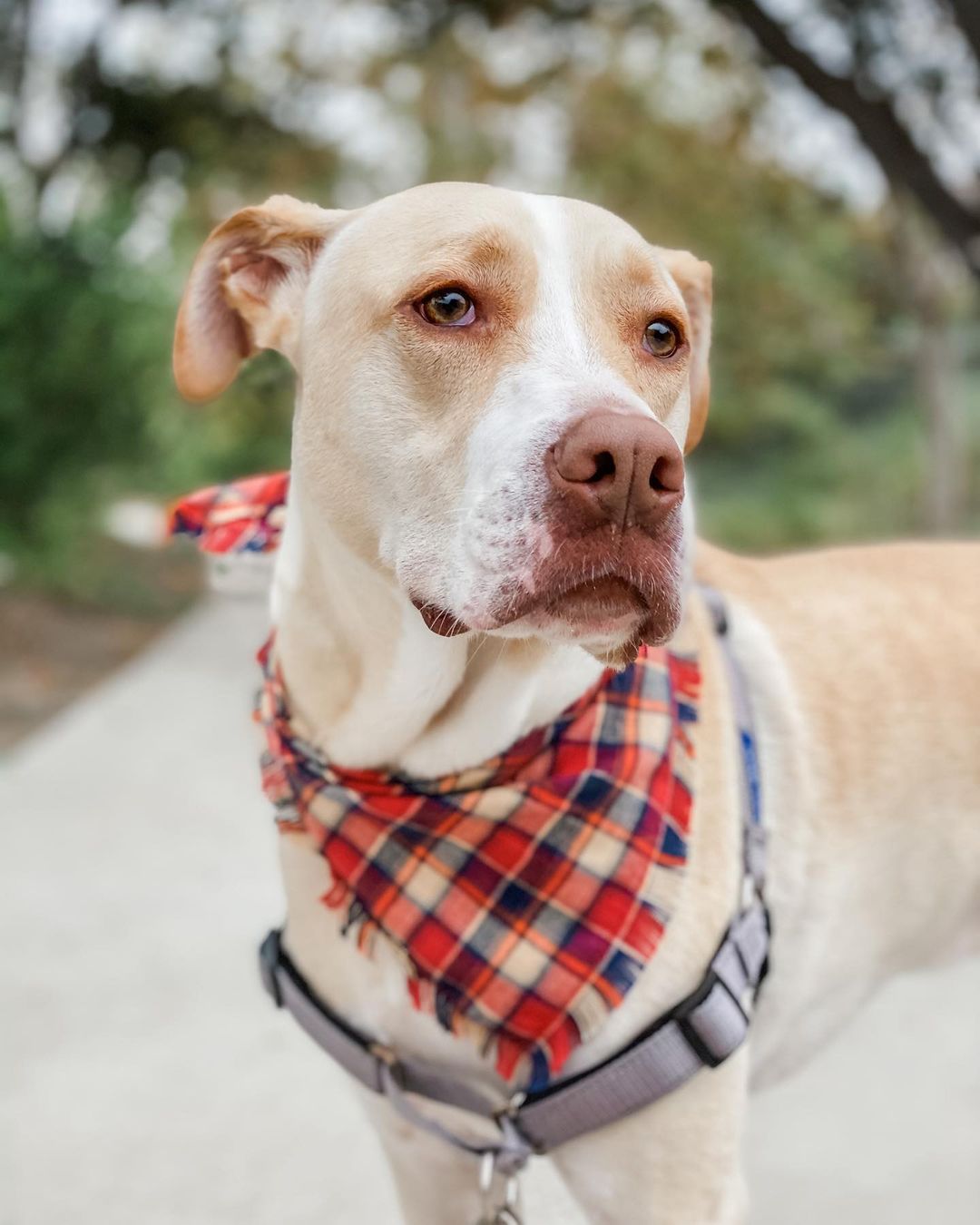 Mixed dogs like the Labrabull do not have breed standards as such.

This means that breeders don’t have to follow a specific type. Hence, it is a good idea to get a thorough exam before purchasing your pup.

Ask about parentage, check kennels, and request the correct documentation.

A good breeder should be happy to answer all of your questions!

You have to let you meet both parents. Meeting with the pit bull parent is essential. They should be comfortable in your company and happy to have you come to their home with a wagging tail.

The breeder must demonstrate all of the above health tests and have a clear connection with the puppy’s mother. She should know her name, have at least some basic training and be relaxed.

As a mixed breed, Labrador Pitbull puppies can vary.

Some may inherit other Lab genes, while others prefer pit bulls.

The only way to find out what you’re getting is to meet your pup first and talk to the breeder.

Is a Pitbull Lab Mix right for me? 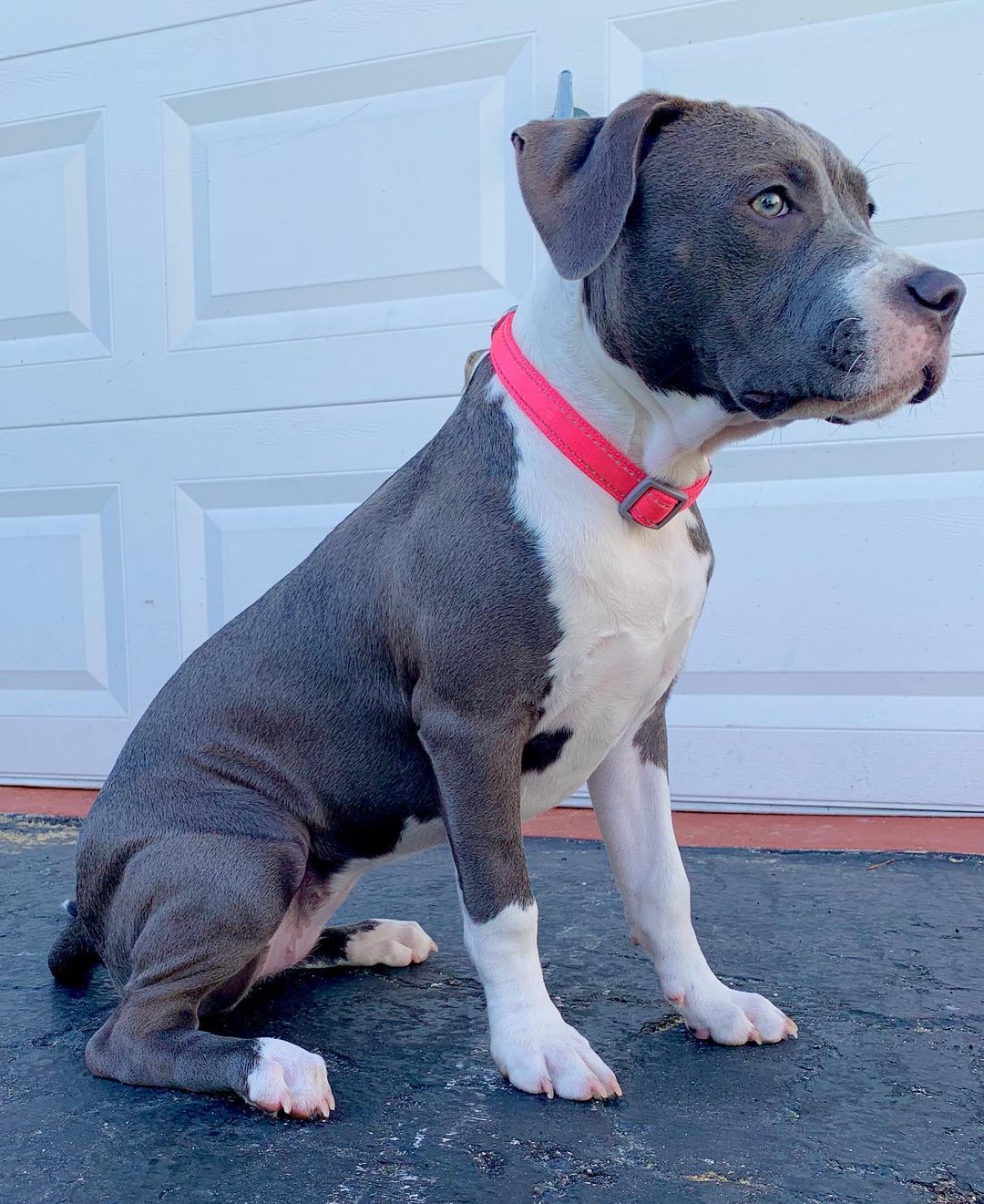 They will bond well and remain loyal to their family.

However, they are high energy, so they are best for households where they can play and exercise on a daily basis.

They thrive in a house where there is someone who exercises and exercises regularly during the day.

A commitment to thorough puppy socialization, reviewing parent health tests and meetings, as well as evaluating the temperament of the pit bull parents is essential.

Both Labs and Pit Bulls are large, lively breeds, making them ideal for families with older families.

While PitBull dogs are often great for kids in their families, the type of bite they bite and the severity of the injuries they cause need to be seriously considered before bringing one into a home with children.

Never leave a pit mix alone and unsupervised with children and make sure they treat it with respect.

Well-bred, well-socialized Labrador and Pitbull mixes are a breed that gives as much as they get.

If you give your dog a lot of love, time, and attention, it will be a rich reward in the future.