Sporty and in a good mood – its friendly nature and reliability make the Labrador Retriever one of the most popular family dogs in Germany. Here you will find everything you always wanted to know about the popular dog breed.

History of the Labrador Retriever

Originally, the Labrador retriever descended from St.John’s dog, a small version of the Newfoundland dog. In the 15th century, his main job was to assist Canadian fishermen by retrieving fish that had jumped out of the nets. In the 19th century, a number of Labradors were brought to Britain by the English Lord Malmesbury and were very popular with the nobility.

The British began breeding Labradors and raising them to be obedient hunting dogs. The name Labrador Retriever was first used in 1870. The term “Labrador” can be traced back to the island of the same name in Canada and “retrieve” comes from English and means “to fetch”. 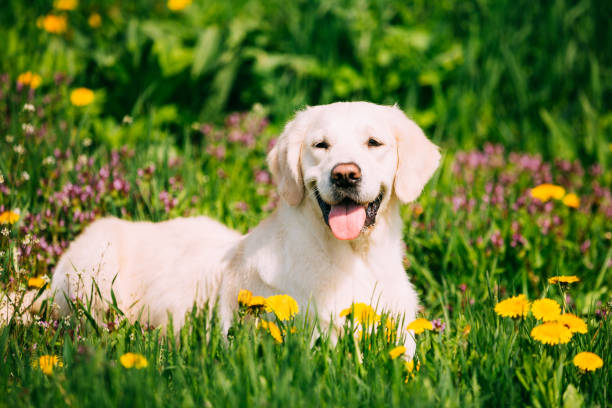 It was specifically bred to search for and bring back the killed animal, which is why dogs with a tendency to fetch were particularly popular. A “soft mouth” was also particularly important in order to bring the prey to its owner as undamaged as possible. All of today’s Labradors can be traced back to these English hounds and from the 1930s onwards they became increasingly popular outside of hunting.

He was further bred in two lines. A distinction was now made between the slim and small Field Trial line for hunting and the massive Show line for exhibitions and as a family dog. The breed is classified by the FCI in the first section of the eighth FCI group and is therefore one of the retrievers.

The Labrador Retriever is a friendly and intelligent dog with a great will to work. Nothing can faze him that easily and he is always open-minded and good-natured. He always encounters both strangers and other dogs without aggression, which is why he is hardly suitable as a guard dog. The Rabbi is extremely docile and can also be trained by beginners. Some dogs even show a strong will to please, meaning they want to please their owner with all their might. He is also extremely intelligent and learns new commands and games with great motivation.

The sporty Labrador Retriever loves long walks and needs exercise in any weather. A Labrador Retriever is therefore particularly suitable for active families who like to take them everywhere and do a lot of sport. He is very people-oriented and feels most comfortable in a family with a lot of social contacts.

How Do I Keep a Labrador Retriever?

Before you buy a Labrador puppy, you should be aware of the responsibility that comes with it. Although training is relatively easy compared to other breeds, the breed places high demands on its owners. You should be very confident that you can commit to a dog for that long. The Labrador Retriever has a relatively long life expectancy of 10-14 years. During this period you should go for a walk every day and never leave the dog alone for long. Because of the strong bond with his two-legged friend, the Rabbi is absolutely not suitable for kennel keeping and does not particularly like being left alone at home. 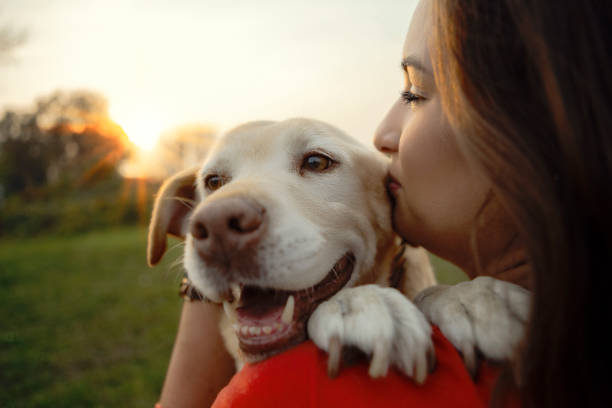 The price of a Labrador puppy varies greatly depending on whether it is purebred, a puppy, or an adult. You should budget up to €1000 for a purebred puppy from a breeder. Reputable breeders invest a lot of money in their dogs to maintain the health and purity of the breed. There are three different coat colors to choose from, chocolate brown, black and yellow, with brown retrievers being the most expensive. If you don’t want to buy a puppy, you should take a look at the “Retriever in Not e.V.” association. We are looking for people with dog experience who can take in a badly kept retriever and give it a new home. Many confuse the Labrador with a Golden Retriever since the two dog breeds are very similar in appearance and character.

When you pick up your puppy from the breeder, it is usually 8-12 weeks old. Although he is still small and cute, you should start training your Labrador at a young age. Eventually, every puppy grows into a big, powerful dog that likes to push its limits when not trained properly. The dogs are only fully grown physically when they are about two to two and a half years old. However, they reach sexual maturity in the 6th to 10th month of life.

The Labrador Retriever is extremely inquisitive and learns at a rapid pace, but is just as quick to respond to inconsistency. It often takes a lot of work to break the habit of greeting every stranger and every strange dog. Many people and other dog breeds have a problem with the Labrador’s exuberant and distant nature.