The Kooikerhondje, also known as the Nederlandse Kooikerhondje, is a former hunting dog from the Netherlands that is now mainly used as a family dog. Here in the profile, you get information about the history, keeping, and care of the dog breed.

History of the Kooikerhondje

The origin of the Kooikerhondje lies with Dutch hunting dogs that were used for duck hunting. Since the Middle Ages, hunters have used dogs in special trapping systems to hunt ducks. These so-called “duck kooien” gave the hunting dogs their name. They consist of a koi pond with a kooi bush where the waterfowl hide. Duck hunting took place using cages and trapping tubes, with the dog acting as the “decoy”. His task was to run into the trapping tube so that only the white tip of the tail could be seen from the bank. The curious ducks followed the wagging tail tip into the trap where the hunter could easily take them out. At home, the nimble dogs were used to ward off vermin and guarded their family’s property. 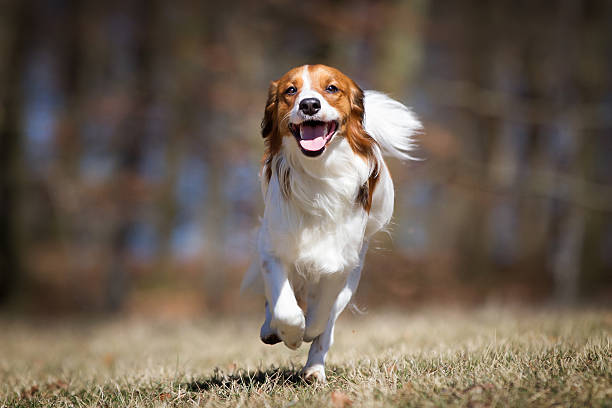 Despite their excellent hunting qualities, the dogs almost became extinct during World War II. But the Baroness van Hardenbroek van Ammerstol campaigned vehemently for the preservation of the Dutch dogs. In 1939 she built up a new breed from the twenty or so remaining animals. Today, the bitch “Tommie” is regarded as the ancestor of all Kooikerhondjes. In 1971 it was recognized by the Raad van Beheer. In 1990, the FCI classified the dogs in Group 8 “Retriever dogs – search dogs – water dogs” in Section 2 “Search dogs”. Today around 500 puppies are newly registered every year.

The Kooikerhondje is a lively and happy companion dog that is loyal, devoted, and cooperative to its owner. The intelligent dog is easy to train and radiates joie de vivre. He is not a barker and tends to be reserved with strangers. The little dogs are also shy towards other dogs and never react with aggression. The Kooiker is playful and spirited – but cautious when playing with children. In the apartment, the cuddly dog ​​likes to cuddle and enjoy being stroked. Due to their easy-going and adaptable nature, he is a pleasant companion dog for families.

The Appearance of the Kooikerhondje

The Kooikerhondje is a small hunting dog with a harmonious, almost square physique. He carries his head proudly and high with large floppy ears. A special feature is the hanging black hair on the tips of the ears, the so-called “earrings” (Dutch: “Oorbellen”). The elegant dog carries the well-feathered tail straight or above the line of the back. The fur has a white base color with sharply defined orange-red spots. The topcoat is ideally of medium length and smooth or slightly wavy. The undercoat is dense and soft.

The most important thing when training a Kooiker puppy is sensitivity. The sensitive dogs cannot cope with pressure and sharpness and react to disturbed and anxiety. Loving consistency and positive reinforcement are the keys to success. The dogs are docile and want to build a harmonious relationship with their people. Reinforcement training, such as clicker training, is a good choice. Equally important is good socialization as a puppy, as many Kooikerhondjes are shy around other dogs. It is advisable to visit a dog school or a walkers’ club to socialize with other dogs.

Activities with the Kooikerhondje

The Kooiker is a former scavenger dog and is therefore very active and eager to move. Long walks are just as much on the agenda as other sporting activities. You can also take a well-trained Kooikerhondje with you for cycling or jogging. He likes to rummage around in the undergrowth, which is why you should train the recall from an early age. Many representatives of the breed particularly enjoy fast and exciting dog sports such as agility. In summer, the water-loving dogs like to go swimming or play in the water to cool off.

The Kooiker is a low-maintenance dog. Since he likes to explore the undergrowth when he goes for a walk, burrs, vermin or dirt quickly get stuck in his fur. For this reason, regular brushing is a must. The long fur on its ears in particular needs regular care to prevent it from becoming matted. Basically, the Kooikerhondje is a robust and healthy dog. 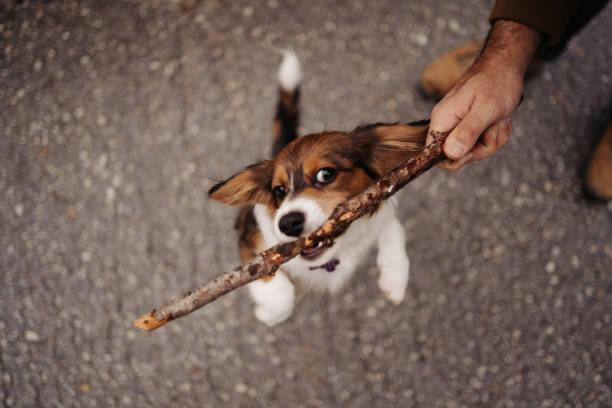 Unfortunately, due to breeding from an extremely small breeding base, some representatives of the breed suffer from hereditary diseases. Von Willebrand disease, a blood clotting disorder, and necrotizing myelopathy, degeneration of nerve tissue, are among the most common diseases. However, reputable breeders are successful in combating these diseases.

Is the Kooikerhondje Right for Me?

You don’t have to be an extreme athlete to welcome a Kooiker into your family, but you should not be averse to long daily walks. Due to its size, the cheerful and sporty companion dog is suitable for keeping in an apartment. The gentle dogs are well suited as family dogs and are therefore very popular. Unfortunately, the breeding base is still small and a maximum of 500 puppies are born each year.

When looking for a breeder, you have to make an effort to find a suitable one nearby. Since the puppies are rare, there are unfortunately many dubious suppliers. It is best if he is affiliated with the German “Club für Kooikerhondje” or the Dutch “Vereniging Het Nederlandse Kooikerhondje” and has experience with breeding. You will pay around 1000 to 1500 euros for a purebred and healthy puppy of this breed.