Do you want a cat that is intelligent and playful? She should be affectionate and cuddly at the same time? Then the Maine Coon might be the right breed for you. Maximus is the name of the most famous Maine Coon cat. You probably know the cat better as “Mrs. Norris”, because in the well-known Harry Potter films he accompanied the hateful caretaker Argus Filch as a female cat.

The four-legged film star also shows what Maine Coons are known for: Like a dog, he accompanies his master and even reports naughty students to him. Hard to believe, but many Maine Coons even like to fetch. Because of this and because of their strong human bond, the Main Coon is also referred to as a “dog cat”. 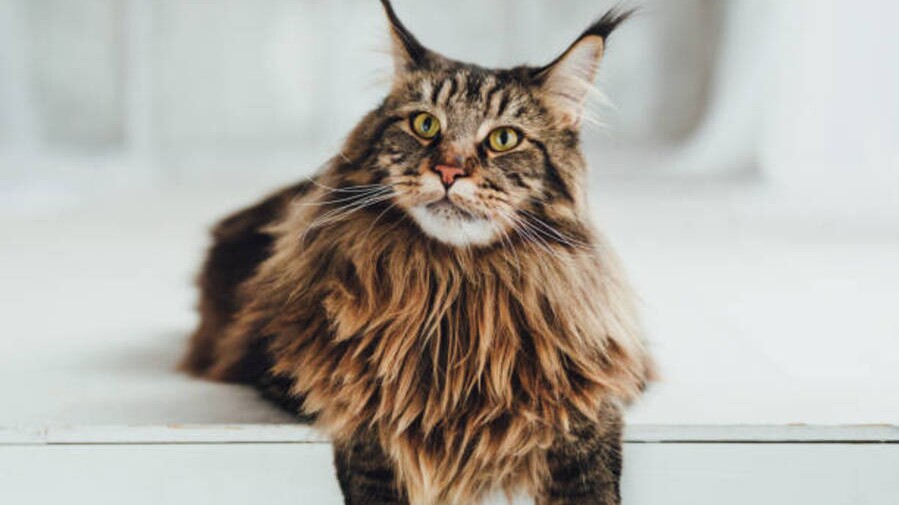 Maine Coons are very human and affectionate. Maine Coons are sociable and friendly when dealing with other dogs, dogs, and children. They are happy to request game units. If they do this emphatically, a kind of cooing or crowing can often be heard. The breed is also considered a good hunter. In the USA it is still referred to as a “working cat” – as a mouse and pied piper.

The Maine Coon is a lively cat that loves to hunt and romp. The velvet paw with the great urge to move is happiest when it is allowed to go outside. The Maine Coon’s size and weight place special demands on the equipment: it needs a lot of space in the home, a stable scratching post with sufficiently large lying areas, and a large litter box. Coat care is also important: As a semi-longhaired cat, the Maine Coon needs a little help for a silky, well-groomed coat without felt in the undercoat, especially when changing the coat. For indoor cats, occasional brushing is usually sufficient, especially if the fur is less dense and long.

Maine Coon cats come in almost every color of fur and eyes. According to the breed standard, the color of the eyes should be clear and match the coat: black, white, red, blue, or cream – only gold is not recognized. Also with the coat markings, everything is allowed, except “ticked” (multicolored prickly hair). The first American show cat is now approved by some associations. The requirements differ a little – for example in terms of coat color. But there are also traits that are common to all, such as wide-set eyes and large, broad-based ears.

History of the Maine Coon Cat

The origin of the Maine Coon is shrouded in legend: some legends claim that the Maine Coon is a hybrid of a cat and a raccoon. Others believe the cat was bred by former French Queen Marie Antoinette. In fact, little is known about the cat’s origins in the Northwestern United States. Their ancestors have adapted to the local climatic conditions, which is why the Maine Coon is a robust cat. It has medium-length, dense and water-repellent fur, which also protects it from harsh weather. The breed has been bred systematically since the 1960s, and in 1983 the FIFe also recognized the Maine Coon as an independent breed. Because no matter how the Maine Coon came about, today it is also a popular and well-known pedigree cat with us.

Peculiarities of the Maine Coon 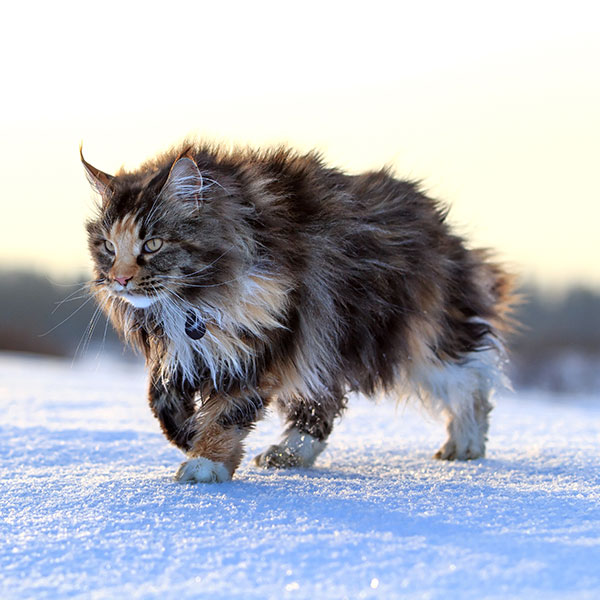 Maine Coon cats are late developers, only becoming fully grown at the age of three to four years. The average Maine Coon age is around 12.5 years, but there are also 20-year-old “oldies”. The Maine Coon cat defies wind and weather with its fur and paws optimized for snow adventures. Because of its origin, the house tiger does not tolerate an environment that is too warm. The Main Coon demonstrates particular skill with its paws: With these, it transports food from the ground into its mouth. Sorcery? Maybe she learned something from Harry Potter after all – or is just animal clever.