According to prevailing opinion, it owes its origin and name to the Mediterranean island of Malta. However, other sources indicate the Sicilian town of Melita or the island of Melinda in the Adriatic Sea as the place of origin of this breed.

Contents hide
1 Wanted Maltese
2 Grooming Maltese
3 The Maltese are one of the Oldest Breeds in the World.
4 Maltese Character

Looking at the increasingly popular small dog breeds, along with the Pug, Beagle, and French Bulldog, the Maltese is also a breed being bought by the Germans due to increasingly strict dog regulations.

The male can reach a height at the withers of 21 to 25 cm and the Maltese bitch is slightly smaller at a height of 20 to 23 cm. With a weight of 3 to 4 kilograms, this dog is also one of the lightweights among the four-legged friends.

A look at the Maltese will of course always draw your eyes first to the dog’s wonderful coat. Typically, this coat is said to be bright white in color, but there are ivory variants as well. This coat is particularly soft and always stands out because of its length.

However, since this coat is also particularly long on the head, it can lead to inflammation of the eyes. Irritation can result in conjunctivitis, which can cause excessive watering in the dog’s eyes. This creates a reddish discoloration of the fur around the eyes, which can often be seen in dogs of this breed. 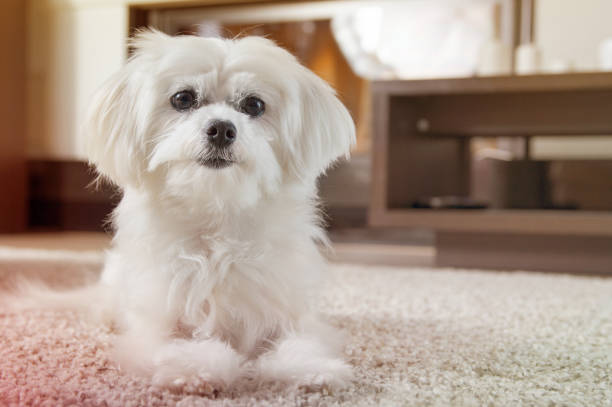 As the owner of a dog of this breed, you naturally ask yourself how you can best care for the long coat. So you have to make it a daily task that your own four-legged friend has to be brushed again and again. If you have brushed the fur well, you can also use a comb. Anyone who thinks they have to bathe their Maltese’s white fur over and over again will notice that frequent washing causes the fur to turn yellow quickly.

The Maltese coat is long and straight with a silky texture. The soft hair almost reaches the ground and has no undercoat, which is why there is no annual hair change with all its problems.

The color is pure white, lemon or light tan markings on the ears are permitted but not desirable. The hair does not fall out by itself but has to be combed out every day, otherwise, the hair could become tangled. They also do not tolerate heavy rain or extreme cold.

The Maltese are one of the Oldest Breeds in the World.

Small dogs known as “lapdogs” or “bichon” have been found in the Mediterranean region for several thousand years. What all breeds have in common is that they are miniature water dogs and share the same ancestors as the poodle, barbet, and Portuguese water dog.

In Egyptian tombs of the 13th century B.C. Statues of Maltese-like dogs have already been found. The island of Malta was founded around 1000 BC. by the Phoenicians who may have brought these little white dogs with them. However, since such dogs were traded all over the world, they may have been brought to this island from other countries.

For example, some experts believe that they came from Egypt via Greece to Italy and from there later to France and the rest of Europe. What is certain is that the Maltese was bred exclusively as comforting, small family dogs.

Especially the ladies of the nobility and the so-called better circles liked to decorate themselves with these cute little dogs. They carried them with them in their robes and took them on their laps when they were taken for a ride in their carriages. Certainly, the warm body of the dogs was also beneficial for the body and their company was good for the soul. Maltese were also very quickly popular with men.

In the 1st century AD, the Roman governor of Malta, Publius, had his Maltese dog, Issa, portrayed and immortalized in a poem: “Issa is more high-spirited than Catella’s sparrow. Issa is purer than a seagull’s kiss. Issa is lovelier than a damsel. Issa is more expensive than Indian jewels.

Publius had her painted so that the last days she experienced would not take her from him forever.” Roman legionnaires probably brought the Maltese around 55 BC. to Great Britain. For centuries there has been a constant demand for the Maltese as a family dog ​​and lap dog, and as early as the Middle Ages it was one of the favorite dogs of the European nobility. 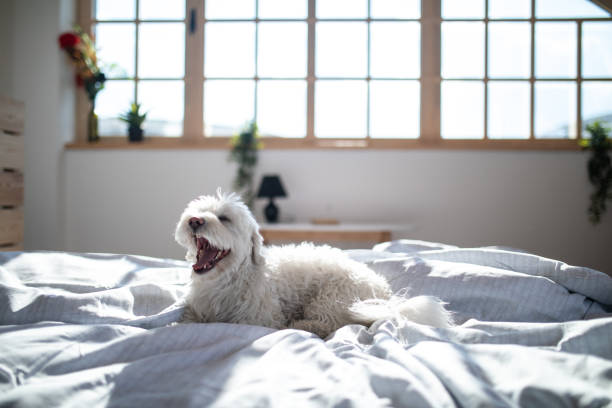 The Maltese have a loveable and affectionate character. If bred sensibly, it is a robust, healthy, and extremely long-lived housemate despite its small size. He is very playful, persistent, docile, and alert, which also makes him an excellent guard dog, especially since he does not bark unnecessarily.

As a family, even with small children, you have chosen the right dog with the Maltese, because he is very patient and, above all, very sensitive. So even with a mentally handicapped child, you can’t choose a better four-legged companion. Due to its great comprehension, this dog also likes to learn tricks, and children, in particular, are happy about a playful pet.

So he can be kept on a leash by children outside because he does not have a great hunting instinct and is therefore very pleasant as a companion on walks. If Italy is considered to be the country of origin of this dog breed, it is not possible to clearly assign the Maltese, since it can look back on an origin that can even be assigned to 2 millennia before the birth of Christ.

For many, however, this breed of the dog seems to be known above all because you can gather their hair on their head with a clip or a hairband into a snappy bun. If you have a healthy small dog with Maltese, it can also suffer from the patellar luxation typical of small breeds, which can cause affected dogs to knee problems over the course of their lives.